B. Ruby Rich, Professor of Film + Digital Media and Social Documentation Director of Graduate Studies was honored with career celebration 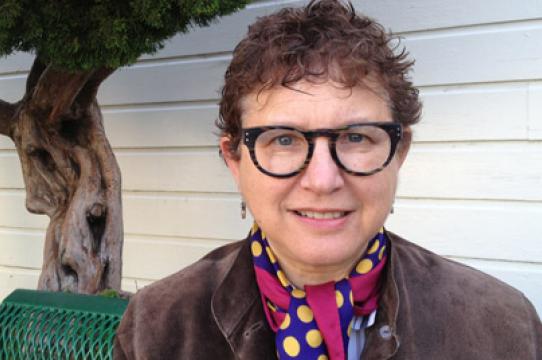 B. Ruby Rich, Professor of Film + Digital Media (FDM) and Social Documentation (SocDoc) Director of Graduate Studies, heralded as "one of the most important film scholars of our time," was honored with a four-day career celebration of her groundbreaking criticism, programming, curatorship, activism and diversity advocacy at the prestigious Barbican Center in London, June 2017, in a program entitled Being Ruby Rich.

A working cultural theorist and critic since the mid-1970s,  Professor Rich has been closely identified with several important film movements, including independent film in the U.S., Europe, and Latin American, and she remains one of the most important voices in feminist film criticism. As noted by one critic, “B. Ruby Rich is the High Priestess of feminist and queer film criticism. Her pieces for magazines such as the Village Voice, the Chicago Reader, Sight & Sound and The Guardian are collected in her two books: Chick Flicks: Theories and Memories of the Feminist Film Movement (1998) and Queer Cinema: The Director’s Cut (2013). She was part of the collective that programmed Chicago’s Women in Film Festival from 1974, and has since championed feminist, LGBTQI, Latin American and documentary cinema as an exhibitor, funder, critic and professor.”

The British Film Institute (BFI) website as of September 2017 is offering a further tribute to Professor Rich:

An introduction to B. Ruby Rich

The provocative critic, who coined the term New Queer Cinema in Sight & Sound, has enlivened the magazine for decades. To mark a London celebration of her work, we’re showcasing a selection of her writing for the magazine through the 1990s and 2000s.