Sisters Julie and Kristen Gautier-Downes Turn Loss Into an Art 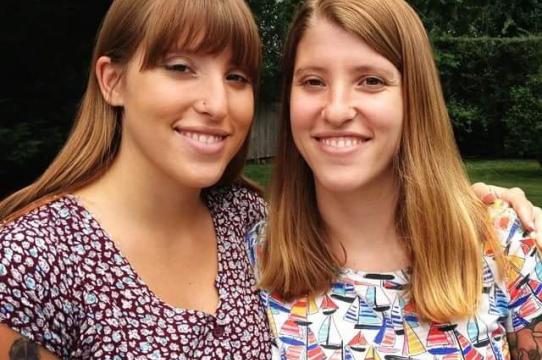 Twin sisters, Julie and Kristen Gautier-Downes both decided to pursue the arts at UC Santa Cruz, graduating in 2011 and 2012 respectively. Julie earned her BA in Studio Art, with an emphasis in photography, and went on to acquire an MFA in Photography at the Rhode Island School of Design (RISD) while Kristen received a BA in Studio Art with a concentration in painting. Already, they’ve both been recognized as exceptionally talented artists in their fields, and been part of numerous exhibitions throughout the U.S. since graduating. 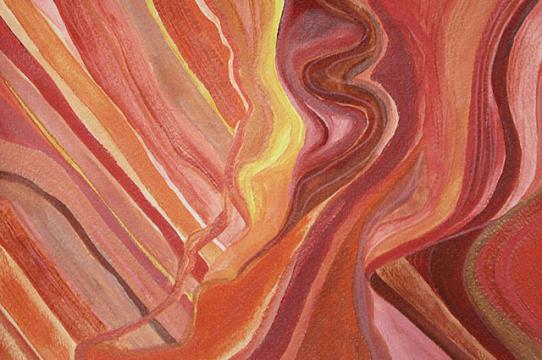 Growing up on two disparate coasts, Santa Barbara and New York, the sisters started making the 3,000 mile trip back and forth at age 11 due to their parents’ separation. “My family has been described as very ‘modern’ because I have two moms,” says Julie. “My parents tried to make the transitions smooth, but separations are rarely easy. It was challenging being perpetually on the move….During these years, I never felt like I was settled, or that I could unpack my things. This constant change of domestic space has been important in the work that I now make.”

“I grew up with a close relationship to Julie,” says Kristen. “We supported and confided in each other in the way that many kids do with their parents. By the age of 13 we could navigate LAX airport with our eyes closed!” 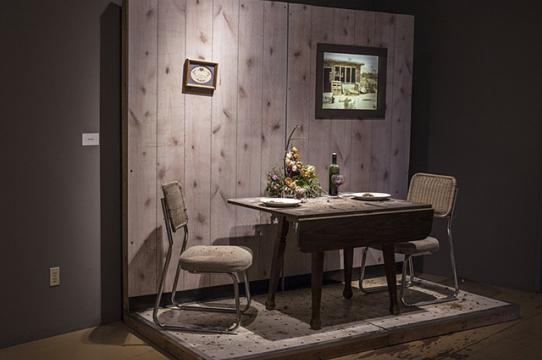 When it was time for high school, the sisters stayed in New York and attended Fiorello H. LaGuardia High School of Music & Art and Performing Arts. This is where they both first discovered how to paint with oils, but in her senior year, Julie also took a photography course which planted a future creative seed.

“It wasn’t until I got to UC Santa Cruz that I started to focus on photography,” says Julie. “I had always been technically savvy, so photography was a good fit. I enjoyed the way my camera allowed me to explore more space and capture a subject over and over until I got the best image.” 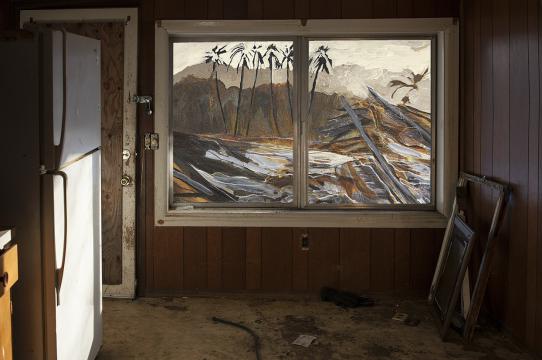 During their freshman year at UCSC, the sisters’ childhood home in Santa Barbara burned to the ground in a brush fire, which had a significant impact on both of them. “I developed a real respect for the power of nature and natural phenomena,” says Kristen. “To this day, I use my environmentally themed paintings as a way of communicating and critiquing current issues to members of my community and beyond.”

A fragmented relationship with home

For Julie, the event led her to start thinking about the importance of possessions that remind everyone of their past experiences. “Ever since [the fire], I have studied homes (often abandoned ones) and objects that I find as a way of exploring my own fragmented relationship with home,” says Julie. “At first, I thought this work was just about my lost home, but through deeper inquiry, I’ve learned that I hadn’t felt at home since I was very young. So I really lost the home long before the fire.” 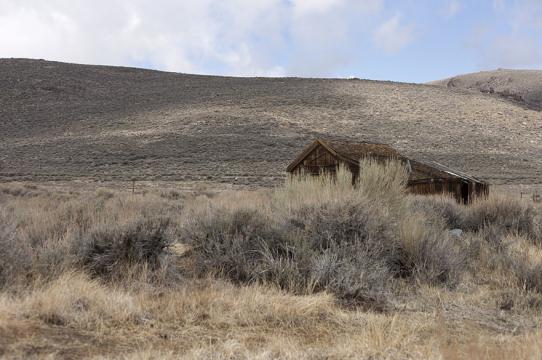 Some of Julie’s best memories of UC Santa Cruz were when she helped organize a trip to the Sweeney Mountains Desert Research Center with a group of photographers. They were traveling through the Mojave Desert which left a lasting impression on her. “There were hundreds of abandoned houses and objects left behind in the barren landscape. Because of the heat and low humidity, everything in the desert seems almost frozen in time. If it weren’t for the rusting metal and strong winds that ravaged the structures, there would have been little indication of how much time had elapsed since the occupants fled.”

Julie also worked closely with photography professor Norman Locks and lecturer in photography, Ken Alley. “Both are remarkably knowledgeable teachers who knew when to give me space to work and when to offer additional support,” says Julie. “My experience would have been lacking without Ken’s quirky sense of humor and Norman’s insightful story telling.” 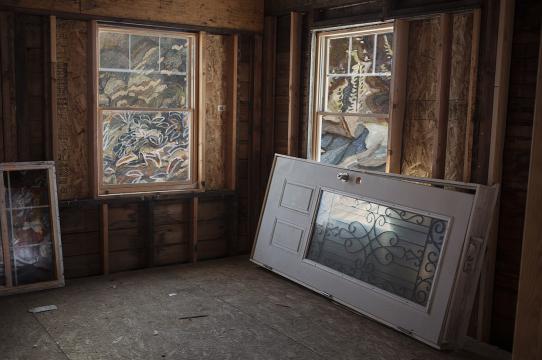 She favored UCSC because, after considering many art schools, decided that having a broader education would be more beneficial than spending a lot of money on tuition for a private school where her courses would be very specialized. “I also chose Santa Cruz because of the beauty of the area, mild winters, devoted faculty and staff, and excellent programs.”

Kristen recalls wanting to attend UCSC because of the campus experience it offered. “Coming from the big city, I was yearning for nature and fell in love with the fact that Santa Cruz had redwoods and a beach close by,” she says.

Inspiration from the Monterey Bay Aquarium

During her junior year at UCSC, she participated in an independent study project with a teacher who inspired her, Professor of Art/artist Frank Galuszka. Every week she would go to the Monterey Bay Aquarium and paint the beautiful kelp forest exhibit there. “It was an amazing opportunity,” she says. She also was part of the Irwin Scholar Exhibition in 2012, as well as a program assistant at the Rachel Carson College events office (then known as College Eight).  While in that position, she created an event called “Wear Your Awareness” which challenged students to put together costumes made from old clothes, recyclables, and trash for a fashion show. 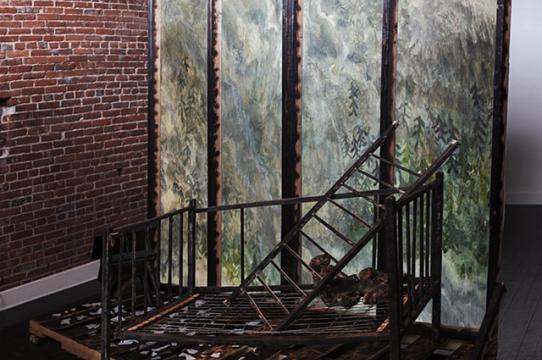 Along with Professor Galuszka, Kristen had other UCSC lecturers who influenced her. “I was lucky to have Hanna Hannah and Miriam Hitchcock who nurtured my love of art and the environment, large scale painting acrylics, and mixed media,” she says.

In the last few years, Julie has been exhibiting in group shows around the country and had several solo shows in Spokane, Washington, including the WAM (Women + Art + Media) Expo. For that show, she recreated an installation that she had made in graduate school called “Echoes of Home”, where she built a room and installed light boxes that illuminated images of abandoned houses and objects from the Mojave Desert. 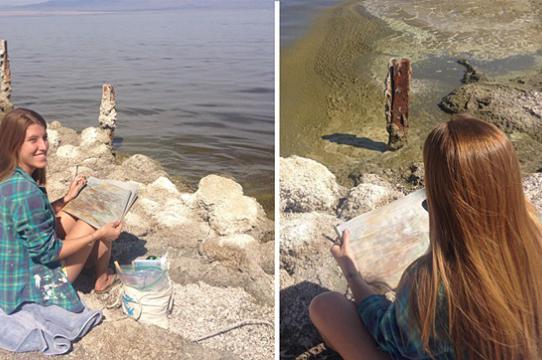 Julie also was an Artist in Residence at the Vermont Studio Center in 2015 and won Best In Show for her “Guess You Had To Be There” installation at the Peoria Gateway Building. In addition, she won Best Still Life in the Florida Museum of Photographic Arts’ 2016 International Photography Competition and was awarded a Grants for Artists Projects (GAP) 2016 grant from the Artist Trust.

This past year, Kristen has shown her paintings in several galleries across the U.S. including WomanKraft and Union Gallery in Tucson, AZ; The Center for Fine Art Photography in Fort Collins, CO; The Art of Assembling Foundry Art Centre in St. Charles, MO; Hatch Gallery, Spokane, WA; Sikkema & Jenkins in New York. 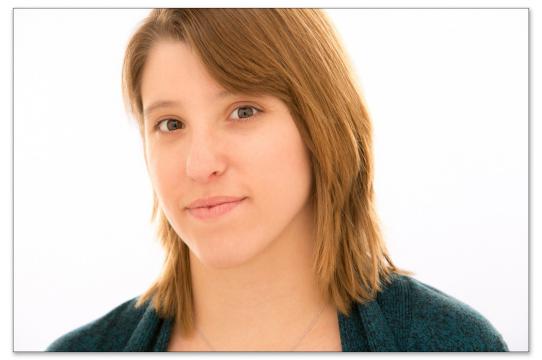 The sisters both have sage advice to share with students who strive to be artists. “Do not get too caught up in why your are doing something or what your classmates are doing,” says Julie. “Just keep working on your project and the deeper meaning will become apparent.”

“I would recommend getting to know your professors and seeing them as amazing resources,” says Kristen. “Because of the professional relationships I forged with my professors, I was able to do my independent study. I was also invited to engage students in studio visits and be a teaching assistant as an undergraduate student in a painting course.” 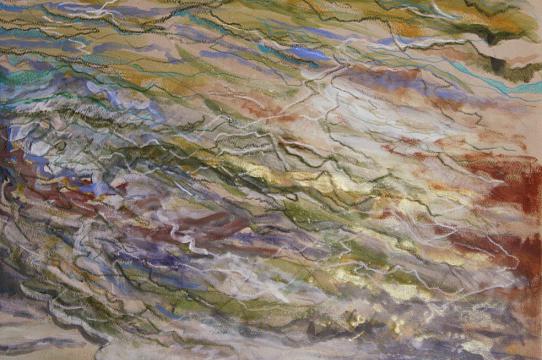 Now residing in Tucson, Kristen has a successful business on Etsy selling her exquisite, hand-made cards, and has started working towards her Masters in Social Work. She also continues to paint and have art exhibitions. Julie, who lives in Spokane, originally moved there for an AmeriCorps volunteer position and decided to stay. Besides her work, she enjoys being able to spend time recharging in her studio.

Putting their talents together

The sisters have recently started collaborating, putting their work together to produce striking digital composites which depict their shared history of environmental disaster by combining their interpretations of major loss. 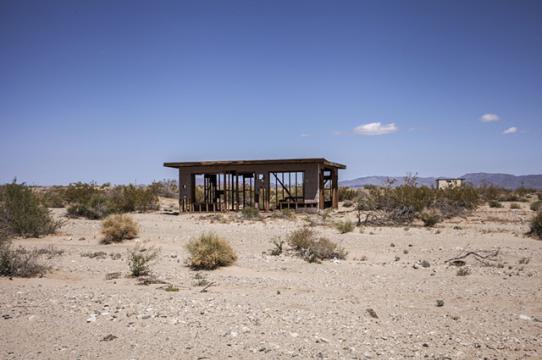 With such individual and combined talent, Julie and Kristen Gautier-Downes have already made an impressive impact on the art world and no doubt will continue to do so. Their moms agree. “They are so proud of my sister and me,” says Julie. Adds Kristen, “My parents respect [us]. They are impressed by [our] dedication and motivation to make art and find ways to help and empower people.”