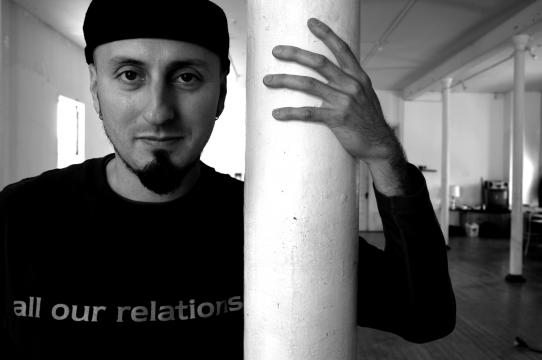 Leaños was awarded $30,000 to support ¡Eureka!--a multi-platform, half-hour animated documentary and interactive graphic novel that traces key moments of colonial California and the making of the West from Native and Latina/o perspectives.

His documentary blends cartoons, music, and humor to illustrate an alternative social history of California.

The winning projects ranged from a film about LGBT refugees and asylum seekers in the Bay Area; to a podcast and radio series exploring questions of race, culture and black identity; to a portrait of the Portuguese American community in California’s Central Valley; to an interactive web-based reflection on the 25th anniversary of the Los Angeles riots from the Korean American community’s perspective.

The California Documentary Project supports high-quality humanities-based media projects that seek to document California in all of its complexity. Since 2003, it has awarded over $5 million to film, audio, and interactive media productions that inform and engage broad audiences through multiple means.