Cynthia Ling Lee Takes Dance to the Next Level 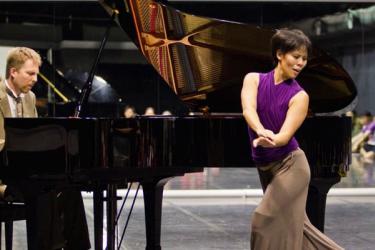 Being raised in Texas by parents who were immigrants from Taiwan, newly appointed UC Santa Cruz Assistant Professor of Dance, Cynthia Ling Lee, never dreamed as a child that she would one day become immersed in North Indian classical Kathak dance. It was quite a journey along the way as Lee developed her emerging love of dance in more farflung corners of the world, eventually leading her back to the U.S. to study choreography in graduate school at UCLA where she earned her MFA in Dance in the Department of World Arts and Cultures.

Growing up as a rigorously trained classical pianist, Lee’s interest in dance started to develop when she was in junior high school and took Chinese folk dancing classes for fun on the weekends. “When high school came around, I attended a school that required sports, which I didn’t like, so I took modern dance instead,” says Lee with a smile. “I really fell in love with dance due to my teacher there. I felt joy and power and freedom in my body. I could embrace momentum and hurl myself through the air! I hadn’t felt such an empowering experience in my body before.”

After high school, Lee attended Swarthmore College where she majored in English and minored in dance. “I was awarded a fellowship after graduating from Swarthmore to study religious dance in Thailand, Brazil, and India,” says Lee. “It was incredible, but there was also an awkwardness that comes of adjusting one’s movement habits to another dance-form, to learning the embodied knowledge of a different culture’s worldview, which I actually was seeking out. When I experienced Kathak, however, I felt like I was home, and it became a touchstone in my artistic career and as a choreographer.” 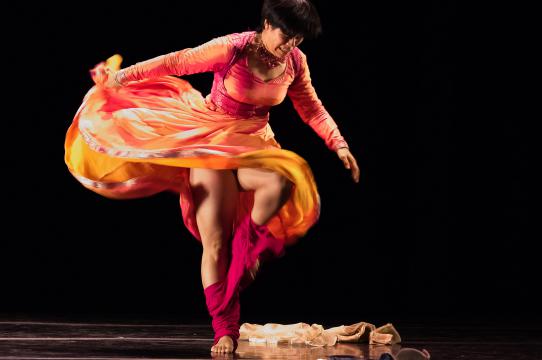 Lee’s study of Kathak dance in India also lead her to thinking about fusing choreography with interculturalism. Her graduate advisor, Judy Mitoma, at UCLA ran the Center for Intercultural Performance on campus, and nurtured Lee’s burgeoning talent by having her join in the Center’s World Festival of Sacred Music as a staff member. “The festival connected all the diverse, cultural, and linguistic communities in Los Angeles in really thoughtful, grassroots ways,” says Lee. “The artists performed all over the city…in churches, temples, major theatrical venues…sharing meaningful collaborations between people of different religious affiliations. That’s the LA I know and love! It’s filled with diversity, immigrants, various languages…an extraordinary place!”

Lee Knew She Always Wanted To Be a Professor

Prior to attending UCLA, Lee always knew that she wanted to be an artist-scholar and professor. She also recognized that she needed time to develop professionally and have that invaluable experience to further her “real world” knowledge of her artistry.

“To be a better instructor for my students, I wanted more professional experience,” Lee says. “So for more than five years, I became a globe-trotting artist, bouncing around between the U.S. and Asia, making work and collaborating with various kinds of people. Collaboration became a major part of how I approached intercultural dance practice.” 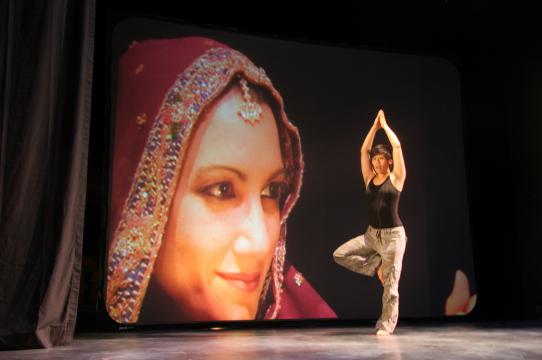 Lee also became part of the Post Natyam Collective, a transnational, web-based coalition of dance artists engaging in critical and creative approaches to South Asian dance. “We’re scattered in different parts of the world,” says Lee. All of the members attended the same graduate program at UCLA and mainly collaborate online, addressing issues in their work around gender, sexuality, politics, and borders. “The Collective is an intersection between artistic practice, theoretical inquiry, and activism,” Lee explains.

She’s also been active teaching choreography, improvisation, technique, and dance theory over the past few years, most recently at the University of North Carolina at Greensboro, where she was an Assistant Professor of Dance. “I was on the tenure track at UNC, but I also really love California and wanted to be closer to my family,” she says. “I missed being around Asian and Pacific Islander, immigrant communities. In Greensboro, that experience was harder to come by. It was somewhat isolating, especially due to the kind of dance that I make. I also missed the Pacific Ocean…the ocean significant for me because it’s the  same water that surrounds the islands of my ancestors.” 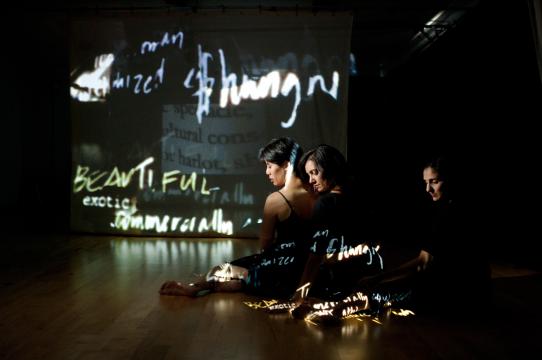 What initially attracted Lee to UC Santa Cruz in particular was the university’s openness in seeking a dance faculty member whose work was on the cutting edge between “contemporary” and “world” dance. And she’s especially excited about teaching a Kathak course that combines physical practice of technique with in-depth critical discussion.

Lee Is Eager To Collaborate with Other Artists

Lee also plans to continue to perform and is looking forward to taking part in the rich Bay Area arts scene. “I would love to connect with other Bay Area artistic groups,” she says. “I have a new solo show that premiered last spring in Charlotte, North Carolina called “blood run” that I’d like to share here. It was inspired by my own Chinese Han colonial and Taiwanese indigenous heritage and centers around my imagined female ancestors.” 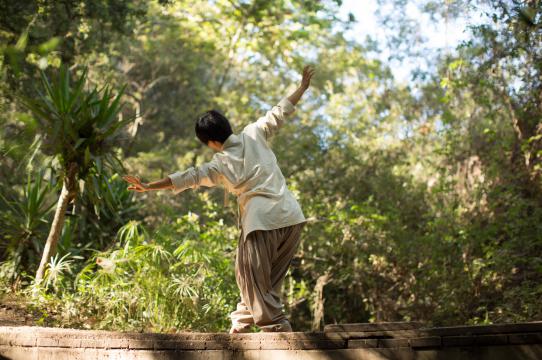 As she continues to settle into her new home and get acquainted with the area, Lee is eager to continue to collaborate with other artists. “I’ve done a lot of cross-disciplinary work, so for a long time I worked with musicians and composers, as well as ensemble and devised theater groups. I’m very interested in the dynamic of negotiating with someone else and having the artistic work be greater than the sum of its parts. I find that using disagreement as a way to challenge yourself and understand others’ views more deeply strengthens the overall work. It’s process I really enjoy!”