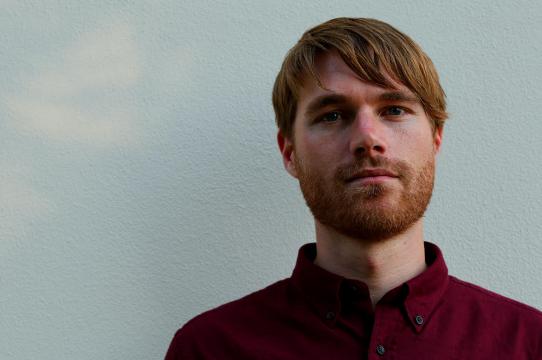 Assistant Professor, History of Art and Visual Culture (HAVC), Kyle Parry works at the intersections of digital media, art and visual culture, and the environmental humanities. As a scholar, teacher and researcher, his practice has taken him in many thought-provoking directions, but one of his primary concerns has been how we visualize and remember extreme environmental disasters, including the massive Exxon Valdez oil spill in 1989, Hurricane Katrina in 2005, and the 2011 earthquake, tsunami, and nuclear meltdown in Japan.

“An important part of my research involves asking how different actors develop, disseminate, and make meaning out of visual documentation of such events,” says Parry. “I am interested in how people respond to catastrophes and their mediation, and under what cultural, political and technological conditions they do so, whether they’re artists, citizens, technologists, scholars—anyone. These are events that, in many ways, seem to exceed our capacities for imagination and interpretation, but which can also, paradoxically, undergo retroactive reduction, being recounted through a handful of dominant and often misleading narratives.”

When it came time to select a university after high school, Parry’s first choice was UC Berkeley where, after not knowing at first what he wanted to study, he found his true calling. “I discovered a department called ‘Rhetoric’,” he smiles. “I gravitated toward the dynamic thinkers there: people who have made major contributions to critical theory, feminist thought, and studies of film and media, and who practice intensive, politically-informed interdisciplinarity. I was totally engaged by their writing and their courses.”

Over the course of his studies, Parry realized he had a passion for teaching and would carefully watch his professors, taking mental notes on how they engaged students in the classroom. “I’d pay attention to anything from the small gestures in facilitating discussions to the bigger questions: how to effectively construct a syllabus of difficult theoretical materials, or what education in the arts and humanities can offer students and societies. Really, I saw leading the classroom as a delightful privilege.”

After earning his BA in Rhetoric and Development Studies, Parry was accepted into a new Ph.D. program at Harvard University in the department of Visual and Environmental Studies, where he started the arduous journey towards his Ph.D., becoming the first to finish in the program.

The culture and geography of New England proved to be quite a shift from Berkeley and it took Parry some time to get used to the differences. “Harvard was a different world!” he says. “I really missed the deserts, redwood forests, and dramatic landscapes we have in California, but like many people I eventually became attuned to the changes of the seasons, and I fell in love with the trees and coastlines. The Boston area also offered endless lectures and other events to attend.” 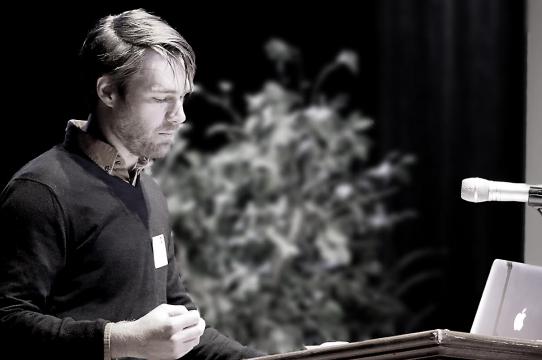 When he began at Harvard, Parry was set on studying film theory but became interested in digital representation through his involvement with metaLAB (at) Harvard, which is an experimental digital arts and humanities collective. As a doctoral researcher and principal there, he collaborated on a variety of design, teaching, and research projects around cultural collections, urban ecology, and the experimental humanities.

It was also at metaLAB where he got involved in a project focused on the earthquake and tsunami disasters that took place in Japan, that in turn triggered the Fukushima nuclear catastrophe.

Led by the Reiscahuer Institute of Japanese studies, a number of institutions at and beyond Harvard collaborated on an immense digital archive of various digital media sources, including websites, tweets, images, and videos from many different sources. They also took on the enormous task of developing a custom, experimental portal for the vast amounts of disparate information that would enable crowd-sourced annotation and user curation.

“I eventually realized my dissertation could aim to put such an endeavor in historical and theoretical perspective,” explains Parry. “As I dug deeper, the Exxon Valdez oil spill and Hurricane Katrina stood out as crucial events to address. We see practices of documentation, archiving, and artistic production pursued under distinct media historical conditions. Katrina, for instance, took place before Twitter and before digital video sharing had become so widespread.”

Alongside his dissertation, Parry completed a capstone project for the secondary field in Critical Media Practice. The capstone, a moving-image installation called Cleanup, dealt with the Exxon Valdez oil spill and was comprised of pieces taken from dozens of videos produced by government-sponsored filmmakers working to document the spill and its horrible aftermath. Parry took 60 hours of tape, reduced them down to 20 minutes, and, using a nine-screen display, explored how different forms of media assemblage can facilitate and disrupt memory and engagement around such major events. 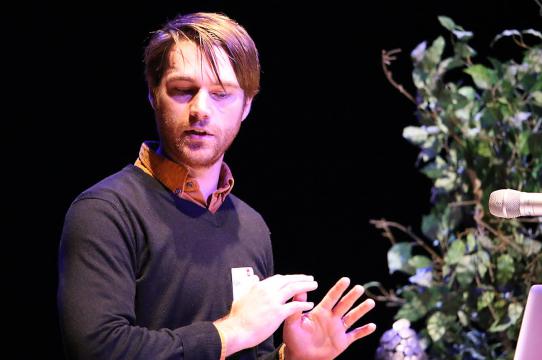 Parry’s postdoctoral fellowship work over 2015-2016 at the University of Rochester continued with these urgent themes. Parry supported initiatives in digital visual studies and material culture studies while also expanding Cleanup into a still evolving project in experimental curation.

“IT’S A PRIVILEGE TO TEACH HERE”

Parry is thrilled to be at UC Santa Cruz and feels at home already. “The history of inquiry on this campus is profound,” he says. “So many lessons and provocations for how we think about gender, technology, ecology, the mind, history—any number of topics—have come out of UC Santa Cruz. As someone deeply influenced by public education in California, I consider it a privilege to teach here, and I am thrilled to work with and alongside a fascinating and diverse student body. I feel very lucky!” 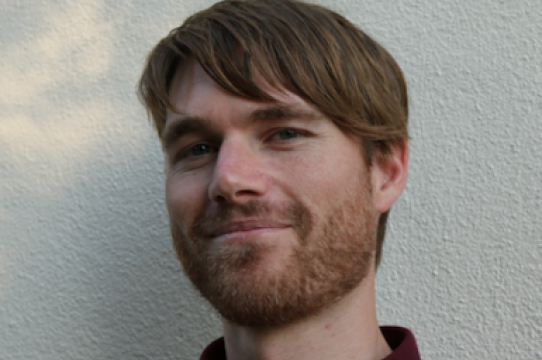 He also played ultimate Frisbee for the UC Berkeley team when he was a student and is excited to be back where Frisbee golf and ultimate are available year-round. “The experience on those fields with that view was sublime!”

Parry taught Media History and Theory last fall, and is teaching three other newly developed courses this year: A Short History of the Digital and Art and Disaster in the Winter, and Data Cultures: Art, Technology, and the Politics of Visual Representation.

All photos by Julie Rogge.