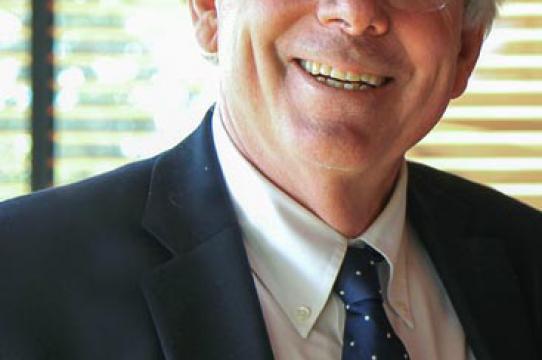 A member of the Arts Dean's Leadership Advisory Board, Jock Reynolds was honored on October 18 with the 2013 UCSC Alumni Achievement Award for outstanding personal achievement in the arts and lasting contributions to his field.

Reynolds is a graduate of the Pioneer Class of 1969, and is currently Henry J. Heinz II Director of the Yale Art Gallery, America's oldest university teaching museum. An artist in his own right, Reynolds has created and shown his own artwork widely while also promoting fellow artists by organizing scores of other exhibitions, publications, and artist-in-residence programs.

He received two National Endowment for the Arts Visual Artists fellowships, among many other grants and honors accorded him. During the last 25 years, he has directed the highly regarded teaching museums at Andover and Yale, whose collections are among the nation’s finest.

In 2011 Reynolds joined Arts Dean David Yager's Leadership Board, where he convenes with other leading entrepreneurs from the fields of technology, arts, broadcast media, and film who are actively engaged in developing support for future projects in the Arts at UCSC.

The prestigious Alumni Achievement Award—instituted in 1984— has honored alumni who have made outstanding contributions to their field, and who have offered outstanding service to UCSC. Among Reynolds' guests at the Founder's Day gala dinner were Art Department professor emeritus Doyle Foreman, Arts Dean's Leadership Board member Peder Jones and State Senator Art Torres.