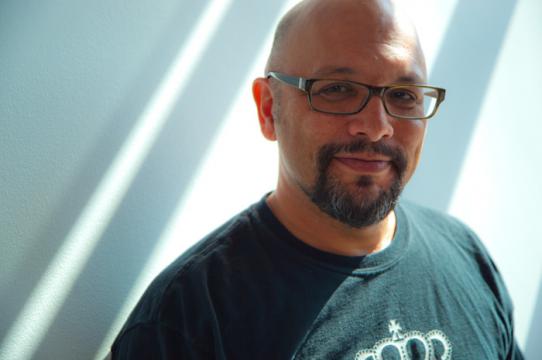 He didn’t always have his heart set on being a writer, but as he prepares to complete his 15th book for young people, UC Santa Cruz alumnus Greg Neri is getting used to what he refers to as his “third career”. And now, as one of his many, very popular young-adult books, Ghetto Cowboy, is being turned into a feature film with some major film industry names attached, it looks like his current occupation is a keeper.

“I came to writing very late,” says Neri. “I am an accidental writer. Twenty years ago, it wasn’t even a thought in my head that it was something I could do.”

As a UC Santa Cruz film and theater arts major, Neri was sure that filmmaking would be his life’s work, and he remembers making movies in the forests and meadows along the edges of the campus. He also would spend hours painting landscapes in the fields near the farm.

“I had so many inspiring teachers at UCSC,” he says. “The university was a formative experience that really opened up my mind.”

One of Neri’s favorite teachers was none other than Tom Lehrer who taught a class on the American musical, a very popular theater-ensemble course that performed six musicals during a single term. He appreciates to this day that Lehrer was willing to accept him into the class knowing that he didn’t sing or act. He actually got into it on a dare. 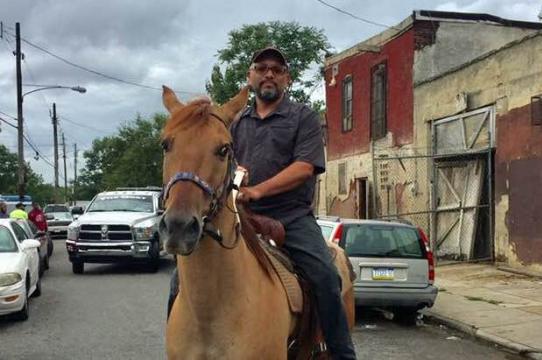 “I dressed as Winnie the Pooh and sang Rumbly in the Tumbly with a salsa backup group, introducing it as ‘a song my mother used to sing me to sleep with’,” he recalls. “When I blanked on the lyrics halfway through, after a long awkward pause, I quipped, ‘now that I think of it, my mother never sang very well’. That got a huge laugh and everyone thought it was a planned bit. It wasn’t, but Tom loved it and that got me in. The season culminated with me doing the lead in The Music Man. No one was convinced I could do it (including myself) but Tom took extra one-on-one time with me until, somehow, I managed to pull it off. It was all a great lesson on taking risks and working outside of your comfort zone.”

“He [Lehrer] took a big chance on me,” adds Neri. “because he saw something in me. And it gave me the courage to take risks for the rest of my life.”

During that time, many legendary musicians played on campus and Neri had the coveted job of assisting them while they were visiting. He reminisces about looking after Etta James, Freddie Hubbard, and Carole King. “I remember walking Carole King through the redwoods around the library and we came across an outdoor piano I had never seen. She sat down and gave six of us a private little concert in the woods!”

After graduating in 1988, Neri describes his career path as “organic”. He wrote and directed films, was the head of production of two media companies, helped explore the first iterations of visual language of the internet, taught animation, and illustrated books.

What eventually led him to writing was an abandoned film project that he turned into a graphic novel. “I discovered that I liked that more than doing films,” he says.

Focusing on writing young-adult fiction was another lucky accident in his life. “I was doing workshops with inner city teens and found it easy to talk and relate, and listen to them,” he says. “When I started writing that was the voice that emerged. I think I’m stuck in my head as a 14-year-old.”

Being stuck at that age has proven to be enormously successful for Neri. He has won high praise for his uncanny ability to write authentically in a voice that teens can relate to.

Neri also enjoys visiting classrooms and talking directly to his young fans, many of whom can’t afford to buy their own books, but who acquire them at libraries and at their schools. In an interview with Lunch Ticket, he mused how his books are some of the most stolen books from the library, which signifies to him how much they mean to his readers.

His books have won numerous awards and one of them, Ghetto Cowboy, is currently in production as a major motion picture starring British actor/writer/director Idris Elba (Avengers: Infinity War, Thor, The Wire). Elba is also producing the film with producer/director/writer Lee Daniels (Monster's Ball, Precious). The story revolves around a young boy named Cole who’s forced to move from Detroit to Philadelphia to live with his estranged father, who turns out to be an urban cowboy. 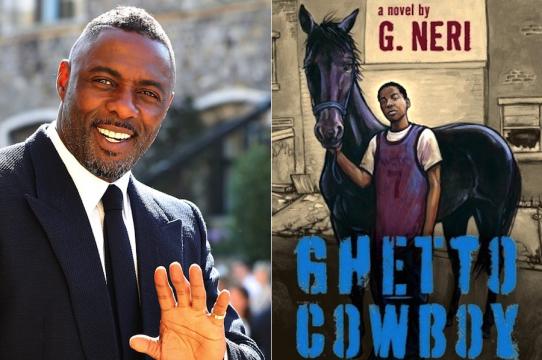 “Since that book came out, the number one question I always got was when is Ghetto Cowboy going to be a movie?” says Neri. Due to his background in film, Neri finds himself writing stories as if they’re movies running through his imagination, so it seems that it was only a matter of time before one would be made into a film.

It all started when the director, Ricky Staub, (The Cage) who founded his own film company in Philadelphia, had heard about African Americans in the city who had horses and he was immediately intrigued. A friend told him about Ghetto Cowboy and then one thing led to another, including a typical Hollywood coincidence where Staub and Elba were represented by the same talent agency, which initially brought them together for the project.

Of the director’s fondness for the story, Neri observes, “It spoke to him and spoke about the community in a way that grabbed him. Seeing it come to life has been surreal since they filmed at actual locations from the book, using real people from the community, both in front of and behind the camera.”

Now living in Florida with his wife Maggie, who is a sociology professor, and his young daughter Zola, Neri has travelled the world for his work with one adventure steering him all the way to Antarctica to do research on his next project. 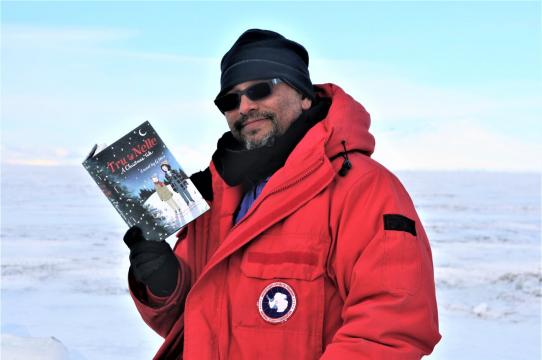 Some of his greatest challenges have revolved around being persistent and not giving up on his goals. As he moves into his fifties, he reflects how at this stage of his life he’s busier than ever…writing, working on the film, travelling, and maintaining his family life.

For students trying to decide what to do with their lives, he advises them to take risks, embrace failure, and dare to be different. “Find your voice and use it. Only you see the world the way you do.”