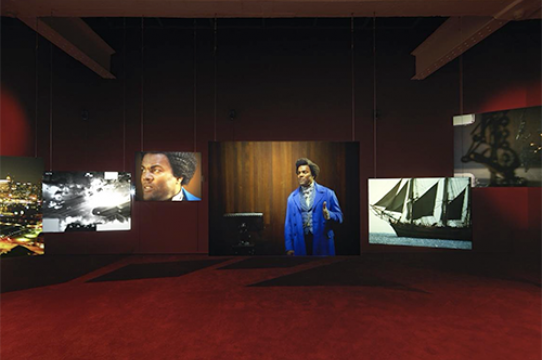 On October 14, the McEvoy Foundation for the Arts in San Francisco will present the West Coast debut of Lessons of the Hour, a moving image and photography exhibition by British filmmaker, installation artist, and UC Santa Cruz distinguished professor of the arts, Isaac Julien.

Lessons explores the life of Frederick Douglass (1818–1895), a pivotal figure in the history of abolitionism and social reform in the United States. An escaped and then freed slave, the visionary African American writer and statesman developed his oratorical skills as a preacher before embarking on anti-slavery campaigns across the northern United States and the United Kingdom.

The exhibition is an immersive 10-screen film installation, hung salon-style to create what Julien describes as a “moving image montage.”

Shot with 35mm film and 4k digital technology at sites in the United States and United Kingdom that hold historical significance to the abolitionist’s life, Lessons places Douglass—portrayed by Ray Fearon, a member of the Royal Shakespeare Company—within a variety of pastoral, domestic, and public settings. 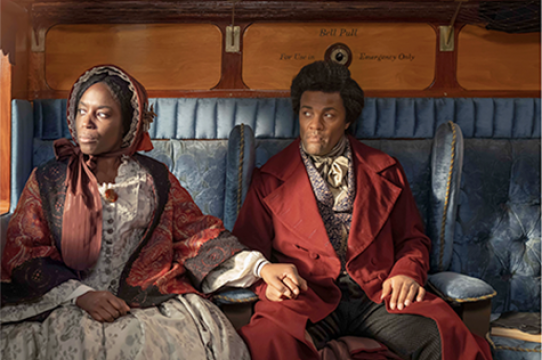 Three of Douglass’ historic speeches provide the thematic core of the film, including "Lessons of the Hour" (1894), his final delivered speech, addressing lynching, suffrage, and legacies of slavery in the post-Civil War American South; ”Lecture on Pictures" (1861), in which he draws a connection between advances in photography and equality, and ”What to the Slave is the Fourth of July?" (1852), his most well-known speech offering a pointed critique of American democracy advanced by the condition of slavery.

Lessons is accompanied by Julien’s tintype portraits and photographs of the film’s subjects that explore a shared interest in photography between Douglass and Julien. The most photographed man of the 19th century, Douglass was a prominent proponent of the medium as a means by which Black people could control their likenesses beyond caricature.

Acclaimed for his nonlinear storytelling capabilities and the spatial experiences of his installations, Julien has created epic works on subjects ranging from Langston Hughes and the Harlem Renaissance (Looking for Langston, 1989) and relationships between art and capital (Playtime, 2014) to the iconic architect Lina Bo Bardi (A Marvelous Engtanglement, 2019).

Julien is also represented in museum and private collections throughout the world, including the Museum of Modern Art, New York, Tate, the UK Government Art Collection, Centre Pompidou, the Guggenheim Museum, the Hirshhorn Museum and the Brandhorst Museum.

The McEvoy Arts presentation of Lessons was developed in collaboration with the Isaac Julien Lab at UC Santa Cruz in an effort to give a community of postgraduate students a practicum experience in curation, installation, and production of an immersive moving-image work. The Lab is designed to provide student opportunities for theoretical research, curatorial debate, and artistic production.

Lessons of the Hour runs at the McEvoy Foundation for the Arts in San Francisco through March 13, 2021. Admission is free and open to the public with a timed-entry reservation.