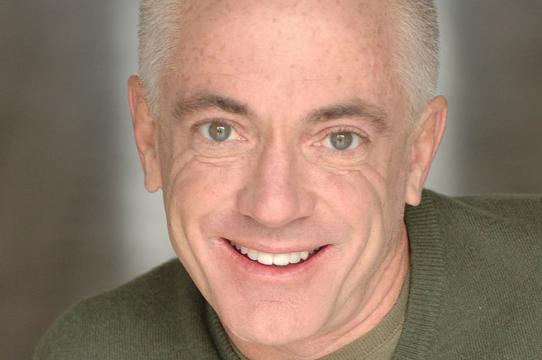 UCSC’s Arts Division will present a live virtual reading of Shakespeare’s The Comedy of Errors on Friday, April 23, to honor Theater Arts professor Danny Sheie, who is retiring this year after three decades at the campus.

All proceeds will benefit the newly established Danny Scheie Scholarship Fund, which will provide an annual grant to selected UCSC theater students to help launch their performing arts careers.

Scheie himself will star as the Dromio twins, along with a cast drawn from his 1988 signature production, including talented student and professional actors that he has collaborated with throughout his career.

“The student alumni inspired me to do this event,” Scheie noted. “One of my former students when I first got here was Kevin Beggs, who assisted me on several shows, and who is now the chairman of Lionsgate Television. A bunch of LA slugs got together and pitched the idea to the Division of the Arts. I was incredibly honored.”

Beggs is set to emcee the event along with Rachel Goslins, another notable UCSC alumnus.

“Rachel was working for Michelle Obama in the White House when I placed a student with her as an intern--Giles Henderson, who will appear briefly in the evening as well--during a quarter at UCDC with a bunch of theater slugs,” said Scheie.

“And Michael Edwards, the artistic director of the Asolo Theater in Florida, will kick off the event. He hired me in my first play in Santa Cruz, gave me my first professional directing job here, and was an incredible mentor and shaping force in my life and my career.”

“Some of the original cast of the 1988 production of Comedy of Errors will be returning, many of them former students,” Scheie added. “Some other alumni from over the years, as well as current students, alongside some of my favorite actors from my professional world, will all be acting together.”

Scheie recalled how he ended up teaching at the UC Santa Cruz campus.

Although he is retiring from UC Santa Cruz, Scheie is not retiring from acting. And he definitely has some solid plans for the future.

“I want to continue acting until I drop dead onstage, hopefully in a comedy” said Scheie. "I also want to continue traveling with my husband, all over the world, as we have been doing while teaching and acting. I want to become fluent in Mandarin, Spanish, and Norwegian.

I also get to watch baseball as much as I want,” he added.

Described just this past week by the San Francisco Chronicle as “quite possibly the Bay Area’s leading interpreter of comedic stage roles,” Scheie has won numerous honors over the years.

In 2017, he received an award from The San Francisco Bay Area Theatre Critics Circle in the category of best featured actor for his role in George Bernard Shaw’s comedy, You Never Can Tell, at California Shakespeare Theater.

Scheie also won as best supporting actor for a world premiere Lanford Wilson piece at the Magic Theater in 1996, and as director for The Comedy of Errors at Aurora Theater in 1999.

The live reading of The Comedy of Errors will take place on Friday, April 23, beginning at 5:30 p.m. All proceeds will benefit the Danny Scheie Scholarship Fund. Donate and register here. Links to join on Zoom will be emailed in advance of the event. For more information, contact Sarah Schuster Kudela at (831) 239-3814 or schuster@ucsc.edu.