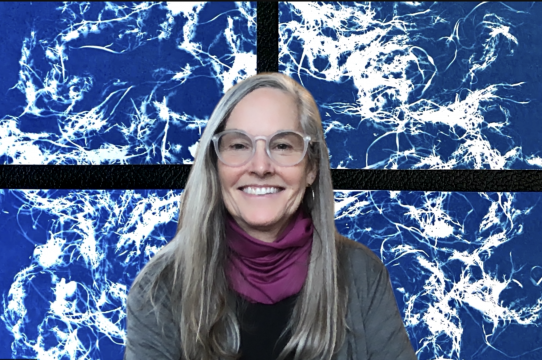 For over 20 Years, Graham’s curation and direction have had a profound impact on the gallery’s ongoing success

Ever since she can remember, Shelby Graham has been an artist. From an early age she found herself creating and was fortunate enough to have a mother who taught art and was an artist herself. “I spent a lot of time doing art as a young child,” says Graham. “And my mom taught art in the neighborhood, so there were always projects laid out on the ping pong or kitchen tables.”

Now, having been the director and curator of the Mary Porter Sesnon Art Gallery at UC Santa Cruz for over 20 years, Graham has managed a myriad of notable exhibitions throughout that time. From local artists to international shows, she’s also partnered on projects with other outstanding arts organizations in the Bay Area and far beyond. 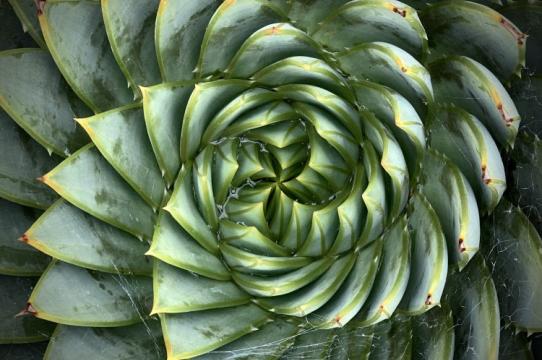 Looking back at her upbringing and what influenced her, she laughs that she was the “mistake” baby in the family, being at least 10 years younger than her siblings, which gave her the feeling of being an only child. It also meant that she became a true child of the 1960s, accompanying her mother during sit-ins and “happenings.” “She was radical,” Graham says about her mom. “I was in kindergarten and I’d go with her to these events at the University of Wisconsin in Milwaukee….She went to art school and burned her bra!”

Her father, who was an engineer, stressed to Graham the importance of being organized. So, between the two seemingly disparate parents, she turned out to have the perfect balance of skills needed for keeping herself disciplined while pursuing her creative passions.

It wasn’t until the family moved to Chicago when Graham was in high school that she really acquired a fuller exposure to art. In retrospect, she wishes she had also been able to do an internship at one of the museums there. “I was a little too young to appreciate Chicago but after I went away to college, I realized how fabulous Chicago was and I just had to go back and visit.”

Deciding to major in sculpture, Graham chose to attend Colorado State University because it had the best studios. She thought that constructing jewelry and three-dimensional art would be her main focus. But all that changed when, during her second year, her brother gave her a camera.

She was just on her way to study art history in Vienna and brought her new camera along. “I was really influenced by the Viennese style of how artists worked together and collaborated with architects, painters, metalsmiths…,”she says. She shot photos of three-dimensional gates in various parts of the city and came back with a new-found love for photography. 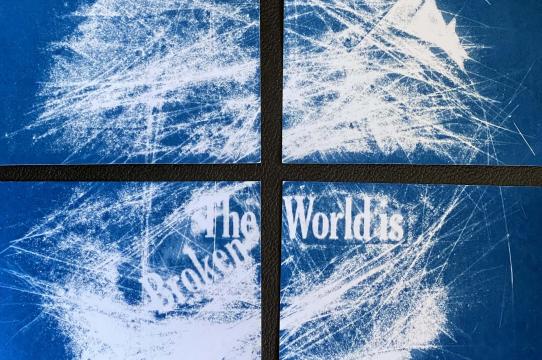 Graham landed a job after graduating at a local high school in Denver teaching photography and jewelry making. “I just really, really loved it,” she says. “I did that for about four years and then my then boyfriend (now my husband) moved to California to go to grad school.”

While her husband was pursuing his PhD in literature, Graham did some substitute teaching and then eventually decided to attend San Jose State and get an MFA in photography. She discovered that taking that deep dive into her work was invaluable in shaping who she was becoming as an artist.

“I explored a lot of things in photography,” she says, “but what helped me was my background in sculpture. I started nailing objects into my photos or riveting them to a piece of metal. People would ask me, ‘how do you know how to do that?’” Graham approached photography not as a flat image that someone has captured, but as an actual object that one makes.

After grad school, she and her husband took on teaching jobs in Japan where she taught photography and English at the Seinan Gakuin University in Kyushu. “That’s when I realized I wanted to do some curatorial work because I went to a lot of museums and saw the differences between their museums and those in the U.S.”

At the time, she was also taking photos of Nagasaki and Hiroshima, visiting the atomic bomb museums and becoming interested in how they displayed such trauma as part of their culture. She also created an entire photo series around that theme, combining them with images she had taken at White Sands, New Mexico and other atomic test sites.

Upon returning to the states, now with a baby in tow, she and her husband settled in Santa Cruz. A call to her from a San Jose Unified School District magnet school with an offer to teach digital photography was too good to resist, so Graham started teaching again, which she continued to love. 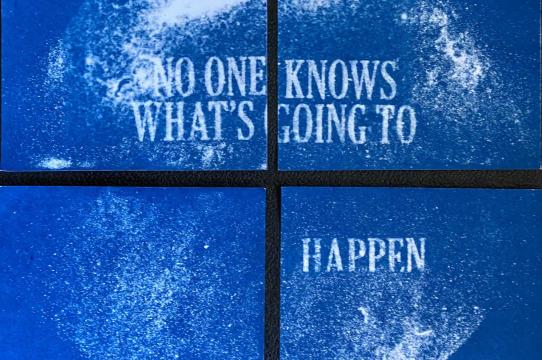 “It was 1994 and they said they would train me to do digital photography and web design,” she recalls. “I was old-school, pre-Photoshop, so this was a wonderful opportunity and the school was brand new. It turned out to be one of the greatest experiences of truly working in a multicultural classroom.”

A few years later, in 1998, during which time she had another baby, Graham heard about an opening at the gallery at UCSC. She was initially hired as an assistant to the director but shortly after that, the director left for a job in Los Angeles, and Graham filled in on her own, working hard to keep things going, until she eventually was offered the director position.

“I have always collaborated with the faculty,” she says. “And the Irwin student show that we have had each year evolved into our annual blockbuster exhibition. Now, it’s the highlight of our programming,” she says.

Graham also has partnered on projects with Museum of Art and History (MAH) in Santa Cruz, CA; the San Jose Museum of Art; Gallery Ef in Tokyo, Japan; galleries in Tenerife, Canary Islands; The Center for Photographic Art, in Carmel, CA; and the Craft & Folk Art Museum in Los Angeles, CA. 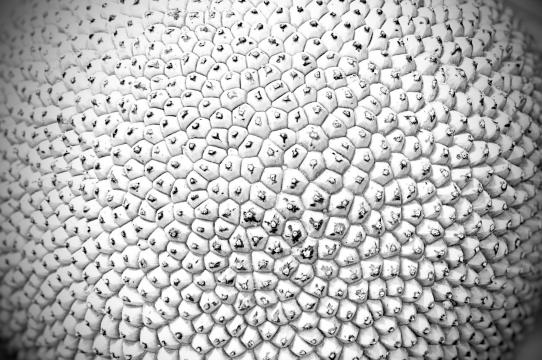 Last year, in 2020, her photography started to reflect the changing world around her. “During the pandemic, the inequities in our country were brought to the forefront from healthcare and social justice to political division,” she says. “As a photographer, I started making work addressing these issues using news headlines and plant-based specimens on light sensitive paper to create cyanotype prints. The work made in April 2020, took on deeper meaning during the fall election, and as the year turned to 2021.”

Her personal work is currently part of MAH’s exhibition In These Uncertain Times. And she’s participating in this year’s upcoming Open Studios which will be virtual, as well as a new show at Santa Cruz’s Blitzer Gallery.

During 2020 she exhibited at: NUMU Los Gatos in Art in the Time of Corona; the 2020 CPA International Juried Exhibition; and fotofoto gallery 6th International Phoneography where she received a mention for her iPhone image called Pandemic Spiral. Her work also has been included consistently for the past 20 years in several other local and Bay Area group photography exhibitions.

Even though the pandemic has been a huge challenge, Graham has remained positive, inspiring her students to show their work virtually. A big breakthrough happened when during the 2020 spring quarter the esteemed Irwin Scholar exhibition was almost cancelled. The students were devastated, but Graham encouraged them to find a new way, and they were very happy that they did.

She had attended a webinar hosted by the Association of Academic Museums and Galleries (AAMG) about how to create virtual exhibition spaces using an architectural software program, and came away thinking that this could work for the Sesnon Gallery’s upcoming shows.

The end result was a stunning virtual, 3D exhibition, designed by UCSC’s technical coordinator in the Digital Arts and New Media department, Colleen Jennings, that featured 3D models of the Irwin Scholars’ works. The Sesnon Gallery’s manager and UCSC Art Department alumna, Louise Leong, also worked tirelessly with Graham and Jennings to get the idea of the virtual gallery off the ground, reassuring the students to see it through. 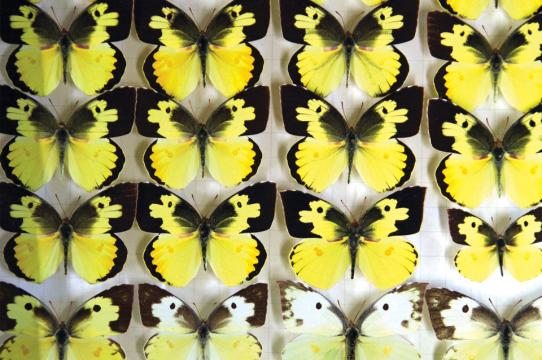 As is becoming the case with many presenters during this new Zoom age, Graham is also finding that with virtual shows and events via webinar, there are many more people who can participate and attend, plus it’s easier to include engaging guest speakers who don’t need to worry about travel times or expenses.

One of the newest series that Graham has started at the Mary Porter Sesnon Art Gallery, Speak Up!,encourages participants to have a dialog about various critical topics. Driven by the events around the murder of George Floyd, Graham and her team engaged in antiracist training and as a result created the series in partnership with the Arts Division, Porter College and UCSC’s Institute of the Arts and Sciences (IAS).

“I am committed to addressing racially biased structures, which affect all of us and especially our BIPOC students,” says Graham. “There is a lot of work to be done to break down the impact of dominant culture ideals in educational institutions. Communities and universities must develop a journey towards equity and inclusion. We must recognize that everyday racism, systemic racism, and inequities plague our communities.  After George Floyd's murder, we at the Sesnon Gallery shared a statement in solidarity with Black Lives Matter and to affirm our commitment as an arts institution to become actively antiracist.”

When the students do return, Graham predicts that exhibitions at the Sesnon will not completely turn away from virtual presentations, but will rely on hybrid models of virtual and in-person. In the meantime, she’s happy to have all-virtual events and can’t wait for the next Irwin Scholars Exhibition, which is scheduled to open on June 2, 2021.

“We have to adapt to change,” she observes. “It’s a concentrated effort but it’s something that we all need. I really love my office and being on campus. I needed to stop by the campus the other day it was actually sad because the gallery was so empty.”

Graham is definitely looking forward to when everyone can physically join together again. She points out that the Sesnon is also a teaching gallery where students learn not only how to curate but are taught what’s involved in planning and prepping for an exhibition. “We’re small enough that we can do all of these things,” she says. “I sweep the floors and paint the walls. And that’s something my students love to do, too. We’re missing that part right now.”

Information about the Molly Cliff Hilts Memorial Fund which is administered by the Mary Porter Sesnon Art Gallery and will be used to benefit undergraduates pursuing a degree in art at UC Santa Cruz: https://art.ucsc.edu/sesnon/news/molly-cliff-hilts-memorial-fund