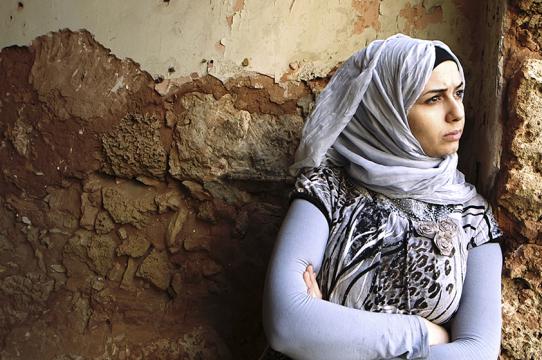 We Are Not Princesses, the first feature film by UC Santa Cruz alumna Bridgette Auger (SocDoc ’11) will have its world premiere on November 14 at DOC NYC, the largest documentary film festival in the United States. 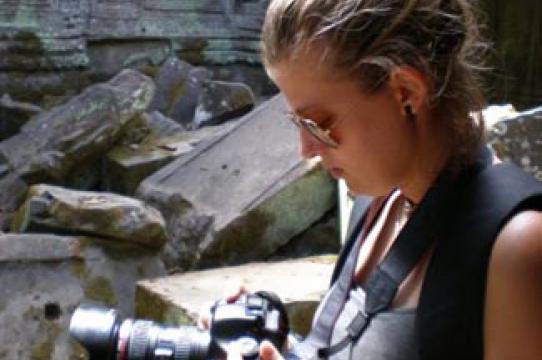 The film is about four Syrian women, living as refugees in Beirut, Lebanon, who come together to tell their personal stories of love, loss, despair, and hope through exploration of the ancient Greek play, Antigone.

We Are Not Princesses was inspired by an eight-week theater workshop titled “Antigone of Syria” that was put together by the Open Art Foundation for Syrian women refugees in Lebanon. It was designed to help the women find community, heal, and process their trauma as a result of the ongoing war in Syria.

Shot over three months in the autumn of 2014, the film uses intimate footage and animation to show how these resilient women are picking up the pieces of their lives and putting them back together—despite the seemingly endless tragic conditions back home in Syria.

An artist and filmmaker committed to using art for social change, Auger received her Master’s degree in Social Documentation from UC Santa Cruz in 2011. Prior to that, she earned a degree in photography and imaging from New York University’s Tisch School of the Arts.

She has lived in the Middle East for several years, covering the Arab Spring in Egypt and Libya, as well as the refugee crisis from the conflict in Syria, through photography and video. Her work has taken her to a variety of other countries, including Iraqi Kurdistan, Kashmir, Mongolia, China, as well as the U.S.

Auger’s video of women on the front lines of protest at Egypt’s Tahrir Square in 2011 was featured on the Daily Beast. Two years later, her photos of Syrian refugees were displayed as “The Toll of Syria’s War” on the CBS News web site.

Her work has also appeared in Syria Today, The Guardian, The New York Times, The Christian Science Monitor, GlobalPost, the International Organization for Migration, the UN Refugee Agency, and on CNN.

Created in 2010, DOC NYC showcases new achievements in documentary film, along with panels and conversations. The eight-day festival is based at the West Village’s IFC Center, Chelsea’s SVA Theater and Bow Tie Chelsea Cinema.

Described by the Wall Street Journal as “an essential summit for all kinds of documentary filmmaking,” the festival will screen over 300 films this year and host more than 200 special guests.

As Indiewire noted in 2015, “Bigger isn’t always better. But when it comes to DOC NYC, now the largest documentary film festival in the U.S., the five-year-old upstart event has proven itself a worthy new addition...By all accounts, screenings have been selling out; the country’s top documentary filmmakers, from Albert Maysles to D.A. Pennebaker, are showing up for tributes and events; and sales agents are closing deals on select world premieres.”