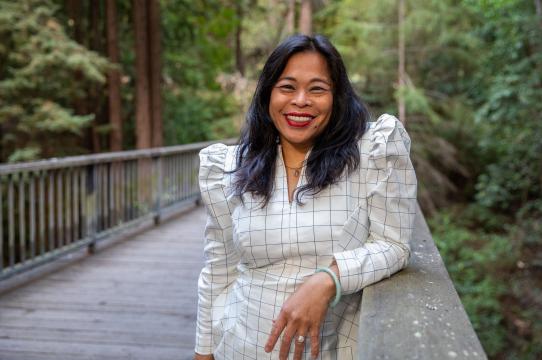 Shimizu comes to the campus from San Francisco State University, where she has been director of the School of Cinema and professor of Cinema Studies, as well as a member of the graduate faculty in Sexuality Studies. Prior to that, she was a professor of Asian American, Film and Media, and Feminist Studies at UC Santa Barbara for 15 years.

She received her Ph.D. from the Program in Modern Thought and Literature at Stanford University, her M.F.A. in Production and Directing from the UCLA School of Theatre, Film and Television, and her B.A. in Ethnic Studies from U.C. Berkeley.

"Celine Parreñas Shimizu is a proven leader and an exceptional filmmaker and film scholar. Our campus will benefit greatly from her creativity, insight, and experience," said Campus Provost and Executive Vice Chancellor Lori Kletzer.

Her scholarship has been cited by leading news outlets and Shimizu will be presenting talks in the weeks ahead at the University of Cambridge, Amazon Studios, the Los Angeles Times, and the ICI Berlin Institute for Cultural Inquiry. 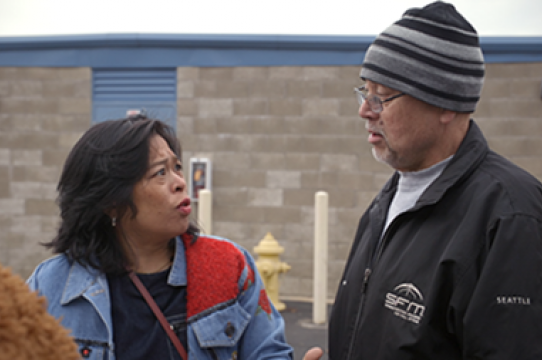 “I am thrilled to be joining UC Santa Cruz,” Shimizu said. “This is a transformational moment for higher education as race scholars who are people of color rise up to leadership roles.

The Arts Division has many brilliant creators and scholars on its faculty and I look forward to bringing more visibility and support to their work. The division is the heart of culture on campus in how we can mobilize our community to come together through the power of the arts.”

Shimizu has published articles in top journals of film, performance, and ethnic, feminist, and Asian American cultural studies, including Cinema Journal, Concentric, Frontiers, Journal of Asian American Studies, Quarterly Review of Film and Video, Signs, Sexualities, Theater Journal, Wide Angle, and Yale Journal of Law and Feminism. She is currently associate editor for Gay and Lesbian Quarterly (GLQ), and a former editor for Asian Diasporas and Visual Cultures of the Americas (ADVA) and for Oxford Bibliographies Online. She has served in funding panels for the Ford Foundation and the National Endowment for the Humanities.

Her research and creative activity have received support from the Motion Picture Association of America, the Social Science Research Council, the James Pendleton Foundation, and the Edie and Lew Wasserman Fund.

She has additionally received fellowships from the United States Studies Centre at the University of Sydney and the Research Institute for Comparative Studies in Race and Ethnicity at Stanford.

Shimizu will succeed Edward “Ted” Warburton, Professor of Theater Arts and Dance, who has led the Arts Division as interim dean since March 2019.