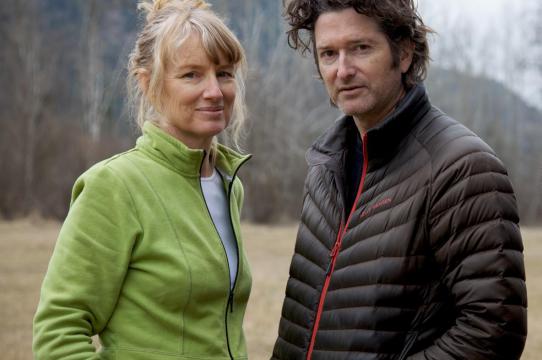 FOREST (for a thousand years) 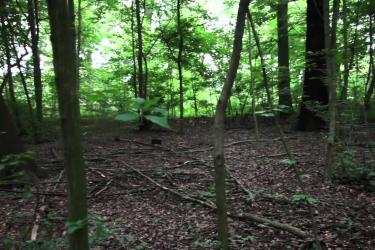 Presented by the Arts Division’s Institute of the Arts and Sciences in collaboration with the Arboretum and the San Jose Museum of Art, this will be the West Coast debut of FOREST, which was originally commissioned for Documenta 13 in Kassel, Germany.

The installation employs sound to evoke history, memory, sensation, and site, exploring what you might hear in a forest over hundreds of years. The artists use a technology known as Ambisonics, developed by a mathematician nearly 50 years ago, which enables them to create a three-dimensional sound field out of various noises, vibrations, or explosions that they have collected and recorded.

The sounds range from the gentle calls of wildlife on a forested Canadian island, to the loud clamor of historical re-enactors on a European battlefield. 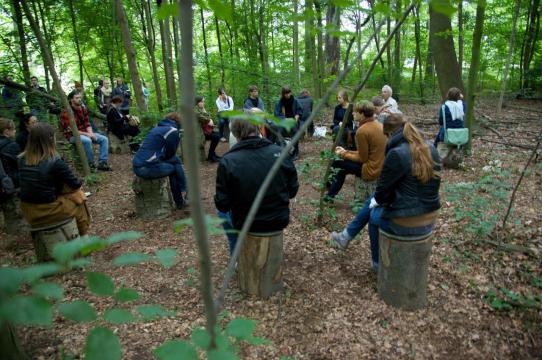 “Janet and George’s work is unique in contemporary art,” said John Weber, founding director of the Institute of the Arts and Sciences. “They create pieces that combine aesthetic sophistication of the highest order with an accessibility to broad audiences that is, I believe, unlike anything else in art today. They are storytellers who understand emotion, psychology, and plot, and their works have an experiential impact that is simply breathtaking. People are going to love this!”

Weber noted that he has previously worked with the two artists at SFMOMA and at the Tang Museum before he came to UC Santa Cruz.

“I am a huge fan of their work,” said Weber. “FOREST premiered six years ago in the most important influential exhibition of contemporary art in the world, Documenta 13, and it was widely heralded as one of the strongest pieces in the show.”

Gregory Volk described the impact of the work in a piece for Art in America magazine:

"A remarkable thing about Janet Cardiff and George Bures Miller's utterly captivating sound installation is how it blurs distinctions between site and art. You enter a clearing in the forest, sit down on a wooden stump, and simply listen. Cardiff and Bures Miller's work incorporates the actual forest into an audio composition emitted from more than 30 speakers. Sometimes there is a near synchronicity of natural and mediated sounds, and it's tough to discern what is live and what is recorded...In turn frightening and deeply touching, ominous and serene, Cardiff and Bures Miller's forest soundscape is a wonder." 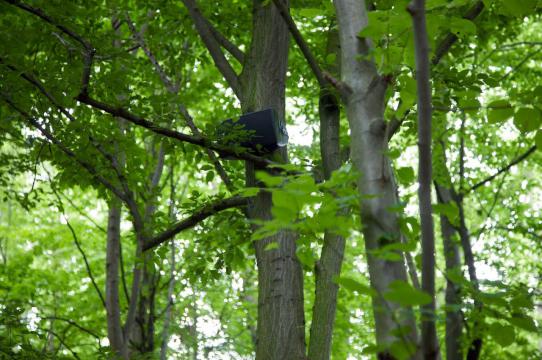 Their recent group exhibitions include Being Modern: MoMA in Paris, Fondation Louis Vuitton, Paris (2017); and the 19th Biennale of Sydney (2014). In 2011, Cardiff and Miller won Germany’s prestigious Käthe Kollwitz Prize. They also represented Canada at the 2001 Venice Biennale, winning the Biennale's Premio Speciale and Benesse Prize.

"FOREST is an acclaimed work of the highest international caliber, and this is only its second showing in the United States,” noted UC Santa Cruz dean of the arts Susan Solt. “Yes, we are setting the bar high! I am very proud that the Arts Division's Institute of the Arts and Sciences under John Weber's visionary directorship brings exhibitions such as these to our campus. There is simply no substitute for giving our students and the community direct experience to art works of this impact and significance. We are delighted to be showing Janet Cardiff and George Bures Miller at UC Santa Cruz.”

A free public opening of FOREST (for a thousand years...) will take place on April 7, with a reception from 3 to 5 p.m. at the Arboretum, featuring remarks from the artists. The exhibition will then be open to the public every day until June 30, from 10-5 p.m. Admission to FOREST is included in a visit to the Arboretum and Botanic Garden. For more information, visit the Institute of the Arts and Sciencesweb site.