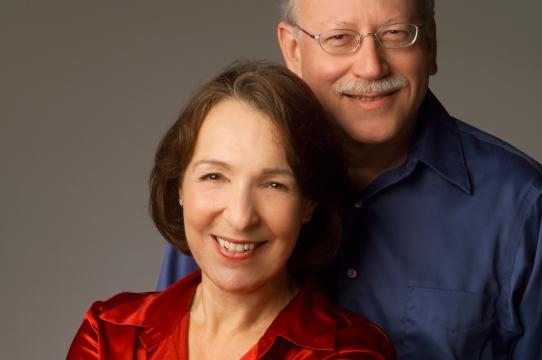 A lecture by Joel R. Primack, Distinguished Professor of Physics, and Nancy Ellen Abrams, philosopher of science and lawyer, co-authors of The View from the Center of the Universe and The New Universe and the Human Future.

About the Arts Dean's Lecture Series:

Each presentation is part of the series of free public lectures in the 2012 Arts Dean's Lecture Series entitled "Reshaping the Museum: Creating New Knowledge, Engaging the Mind" (part of the course HAVC/ART 007: "Issues in the Arts," taught by Associate Professor and Patricia & Rowland Rebele Chair in History of Art and Visual Culture, Elisabeth Cameron).  Arts Dean David Yager has selected the speakers, all noted for their unique ability to bridge museum practices and for creating new knowledge within their professional career paths. The public is cordially invited. Admission is free. (Parking $3.)

Sponsored by the UCSC Division of the Arts and the UCSC Art Department and History of Art and Visual Culture Department.

All eight lectures in the series are on Thursday evenings at 6:00 p.m. through May 31 in the Media Theater. (The Media Theater is the lecture hall located next to the traffic circle in front of the Mainstage Theater at UCSC.)

Nancy Ellen Abrams has a B.A. in the history and philosophy of science from the University of Chicago, a law degree from the University of Michigan, and a diploma in international law from the Escuela Libre de Derecho in Mexico City.  She has focused on the role of science in shaping a global politics, and spent a year as a Fulbright Scholar working at the International Juridical Association in Rome (the first all-European environmental law think tank).  She has also worked at the Ford Foundation and the Office of Technology Assessment of the U.S. Congress.  While on the staff of Congress she co-created Scientific Mediation, a novel method by which government agencies can make wise policy decisions despite underlying scientific uncertainty, and has consulted on this for the Swedish government, several US state governments, and various corporations.  She is a singer/songwriter who has performed in nineteen countries, released three albums, and been featured on National Public Radio and television.  Intrigued by science’s border with myth since studying with Mircea Eliade at the University of Chicago, she works as a scholar to put the discoveries of modern cosmology into a meaningful cultural context and as an artist to express their implications at a deeper level.

Joel R. Primack, Distinguished Professor of Physics at the University of California, Santa Cruz, is one of the world's leading cosmologists and a creator of the foundational theory of Cold Dark Matter.  He and his team use some of the world's biggest supercomputers to simulate the evolution of the universe and the formation of galaxies, and they compare the results with observational data.  Since he was a graduate student, he has also worked to get better science advice into government. He was a founder of the Union of Concerned Scientists and has served on the board of the Federation of American Scientists (FAS).  He started the Congressional Science Fellows Program, through which scientific societies fund PhD scientists to work in Congress for a year.  He helped design and create the National Science Foundation’s “Science for Citizens” Program to fund scientists to advise public interest organizations.  He started the Science and Human Rights program in the American Association for the Advancement of Science, which has taken up the cases of scientists persecuted by foreign governments and brought international pressure on those governments to free them.  He is a coauthor of an award-winning book, Advice and Dissent: Scientists in the Political Arena.

Together Nancy and Joel are the co-authors of two books:  The View from the Center of the Universe: Discovering Our Extraordinary Place in the Cosmos (Penguin/Riverhead, 2006) http://viewfromthecenter.com and The New Universe and the Human Future: How a Shared Cosmology Could Transform the World (Yale Univ. Press, 2011) http://new-universe.org .  On March 4, 2012 they received the Chopra Foundation's “Spirit of Rustum Roy Award” for "helping to move humanity towards a just, sustainable, healthy and peaceful world.”