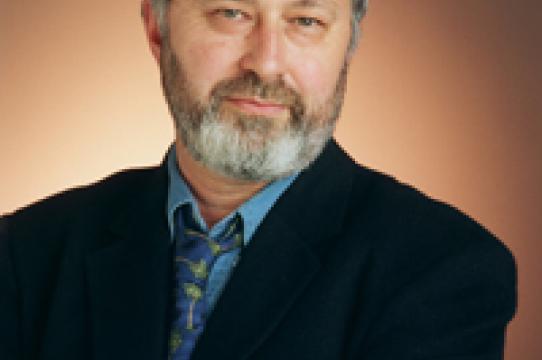 The UCSC Academic Senate and Office of the Chancellor present the

A talk by Paul Whitworth, professor of Theater Arts

Professor Whitworth will perform Samuel Beckett’s short play Krapp’s Last Tape and give a talk about his research. The presentation will be followed by a Q & A.

(Please note: there will be *no late seating* once Professor Whitworth begins his performance. After the 40-minute performance, the house manager will admit audiences for the lecture portion of the event.)

Paul Whitworth is a theater artist and scholar of uncommon distinction and range. Since beginning his career at the prestigious Royal Shakespeare Company, he has performed and directed professionally in many theaters in England and the United States. His association with UC Santa Cruz began in 1984 when Shakespeare Santa Cruz invited him to play Prince Hal in their production of Henry IV, Part I. As professor of Theater Arts at UCSC and former artistic director of Shakespeare Santa Cruz, Whitworth has sought to promote a creative exchange between scholarship and performance.

This event is free and open to the public.

Seating is available on a first-come, first-served basis.

There is no standing room.

There will be no seating once the performance has started.