From the Jungle Cruise to the Chaffee Zoo: Prevailing Colonial Fantasies of ‘Jungle Asians' 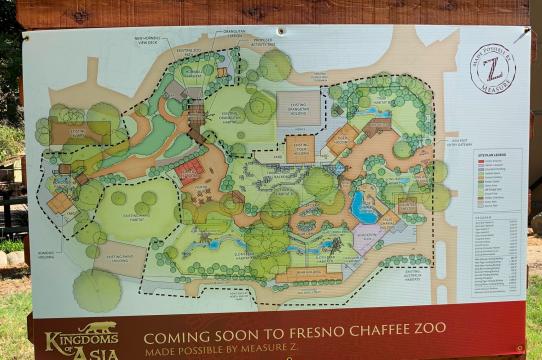 About the Talk
This talk considers a $38 million construction project funded by Measure Z to transform the Chaffee Zoo in Fresno, California, into a fantasy leisure park called “Kingdoms of Asia.” The transfigured zoo will include a simulation of a jungle-consumed ancient Angkorian temple around which captive animals roam and a restaurant with a multicultural Asian food buffet will serve visitors.

Professor Ly traces the origins of Chaffee Zoo’s colonial racist fantasy to French colonial ordering and classification of nature and natives of Indochina (1887-1954), especially in the French invention of Angkor as an abandoned ancient ruin in the jungle of Cambodia. White Americans later borrowed this model of European colonial fantasy and racial othering. Last, Professor Ly addresses the complicity of the Cambodian-American community in Fresno with the construction of this colonial fantasy; this inadvertent collusion is tied to their desire for cultural and ethnic visibility. She argues that prevailing colonial and imperial racial stereotyping has once again reinscribed Cambodian-Americans as the primitive and non-human other.

About the Speaker
Boreth Ly is an associate professor of Southeast Asian art history and visual culture at UC Santa Cruz. She coedited, with Nora A. Taylor, Modern and Contemporary Art of Southeast Asia (2012). In addition, she has written numerous articles and essays on the arts and films of Southeast Asia and its diaspora. She is the author of Traces of Trauma: Cambodian Visual Culture and National Identity in the Aftermath of Genocide (University of Hawai’i Press, 2020). Academically trained as an art historian, Ly employs multidisciplinary methods and theories in her writings and analysis, depending on the subject matter.

image credit: Map of the Kingdoms of Asia, Fresno