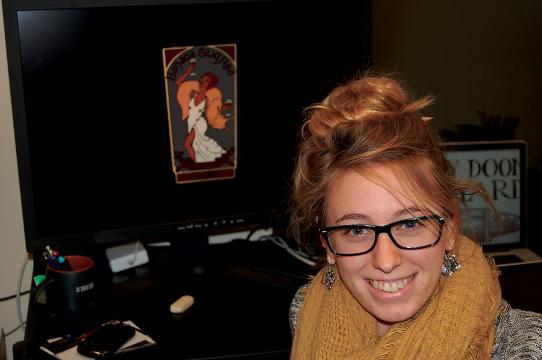 ITVS (Independent Television Service) is a nonprofit organization chartered by Congress to make unique and compelling programs for public television. ITVS-supported programs are free and accessible to all via public television broadcasts, digital streaming, and on-the ground screenings and events with local partners in 75 U.S. cities. ITVS brings to local and national audiences high-quality, content-rich programs created by a diverse body of independent producers.

ITVS programs reflect underrepresented and underserved communities. ITVS has funded more than 1,400 films, with an eye on diversity and underrepresented audiences and filmmakers. The organization champions inclusion on the screen and behind the camera: Nearly 70% of ITVS funds go to diverse producers, 50% to women. The ITVS staff supports producers from project inception through distribution, reviewing proposals and cuts, offering funding, and providing production management, multi-platform distribution, and strategic audience development campaigns.

Lionsgate’s motion picture and television library includes more than 15,000 titles, and its $1 billion-a-year home entertainment business is a leader in digital, on demand and packaged media.  Lionsgate has a global infrastructure of output deals covering 80% of the world’s movie-going population outside China and India, self-distribution of filmed entertainment in the UK through Lionsgate UK, a joint venture with IDC serving growth markets in Latin America and a stake in the Celestial Tiger Entertainment platform serving the Asian market.

Chronicle Books is an independent publisher based in San Francisco. Chronicle Books publishes books in subjects such as architecture, art, culture, interior design, cooking, children's books, gardening, pop culture, fiction, food, travel, and photography. The company has published a number of New York Times Best Sellers; the Griffin and Sabine series by Nick Bantock, Me Without You by Lisa Swerling and Ralph Lazar, Duck! Rabbit! by Amy Krouse Rosenthal and Olive, the Other Reindeer by Vivian Walsh.

KQED, the public media organization serving Northern California, is for everyone who wants to be more. Their television, radio, digital media and educational services change lives for the better and help individuals and communities achieve their full potential. KQED Public Television is one of the nation’s most-watched public television stations during primetime. KQED produces and acquires programs that inspire, inform, and entertain the people of Northern California. KQED broadcasts the best available programs from PBS, APT, and other distributors, and also produces its own unique national and local programs, series, and specials. Airing more independent films than any other public broadcasting station in the country, KQED is committed to bringing the work of local and independent film producers to the community.

Kadenze is a for-profit massive Ed-tech open online course (MOOC) provider that offers courses geared toward art, music, and creative technology, fields which are falling behind other fields such as computer science in terms of number of courses offered in the MOOC space. Those courses have proven challenging to teach to an audience in dozens, let alone the hundreds or thousands, as faculty members struggle to translate face-to-face instruction to an online setting or evaluate students based on highly personal work. Launched in 2015, Kadenze initial partners included Princeton and Stanford Universities, California College of the Arts, the California Institute of the Arts, Cornish College of the Arts, Emily Carr University of Art and Design, Goldsmiths University of London, Otis College of Art and Design, the School of the Art Institute of Chicago, the Seoul Institute of the Arts, the University of California at Los Angeles and the University of Saint Joseph in Macau, among others. As of February 2017, Kadenze has expanded its partner list to 31 educational partners. All together, Kadenze offers over 75 courses in a number of art-related fields including business, music, music technology, visual arts, creative computing, computational graphics, design, history and culture, fashion, entertainment technology, math, game design, film, curation, and web development.

Funomena is an independent game studio located founded in January of 2013 by Robin Hunicke and Martin Middleton - two passionate game developers who believe that games can have a positive impact on the world. Robin and Martin met at ThatGameCompany, where they worked on the acclaimed PSN title Journey. And during that experience, they developed a shared set of values about work, life and meaningful play. They began dreaming about starting a company, where they could make artistic, expressive and emotionally resonant games - together.

The MAH is a different kind of museum, one that focuses on building community in Santa Cruz County. The MAH builds community through exhibitions, events, and projects that connect people to art, history, ideas, and each other. They believe that art and history are for everyone, and we work hard to offer experiences that connect people from many walks of life: across generations, ethnicity, and background. That means multi-cultural festivals, exhibitions filled with wonder, partnerships throughout the county, and surprising, fun connections with people and ideas across the community. Their work has been profiled in the Wall Street Journal, and they were honored by the Institute for Museum and Library Services in 2015 as one of the 15 top community-oriented museums in the nation.

The Oakland Museum of California is an interdisciplinary museum dedicated to the art, history, and natural science of California. This progressive multidisciplinary approach was to celebrate the many facets of California. Their collections—comprising more than 1.9 million objects including seminal art works, historical artifacts, ethnographic objects, natural specimens, and photographs—and our programs explore and reveal the factors that shape California character and identity, from its extraordinary natural landscapes, to successive waves of migration, to its unique culture of creativity and innovation.

Indexical is a Santa Cruz­-based experimental music presenter dedicated to the long­-term development of projects in close collaboration with artists. Started in Brooklyn in 2011, Indexical has presented over 50 concerts at venues ranging from the Invisible Dog Arts Center and Issue Project Room in Brooklyn to Peace United Church of Christ, the Museum of Art and History, and Radius Gallery at the Tannery Arts Center in Santa Cruz. Their mission is to provide a platform for collaborative projects that connect composers and performers. To support the health and diversity of their musical ecosystem, they develop lasting relationships that lie outside the financial and aesthetic boundaries of major contemporary music institutions.

The San José Museum of Art celebrates new ideas, stimulates creativity, and inspires connection with every visit. Welcoming and thought provoking, the Museum delights visitors with it’s surprising and playful perspective on the art and artists of our time.

SJMA is a leading showcase in the Bay Area for modern and contemporary art. The Museum has earned a reputation for its fresh, distinctive exhibitions, which are conceived to engage Museum visitors of various ages and cultural backgrounds.  Through its exhibitions and programs, SJMA addresses major trends in international contemporary art, architecture, and design, with an ongoing commitment to also place the work of California artists in national and international context.  The Museum strives to make significant contributions to art‑historical scholarship; address prescient issues of interest to the general public; and offer programs that reflect the rich diversity of its communities.  The Museum presents nine to twelve exhibitions each year, including one‑person and thematic group exhibitions that include a range of artworks, from traditional painting to exploratory new‑media installations.  Given its location in the heart of the high‑technology culture of Silicon Valley, the Museum has a substantial commitment to new work in new media, as well as to initiating special projects and commissions that reflect issues of importance to its communities.

SJMA is accredited by the American Association of Museums, a recognition given to just 750 of the nation’s 8,000 museums. A non-profit, 501(c)3 organization located on the central city plaza in downtown San José, SJMA serves 100,000 people a year, including some 40,000 school children: SJMA is the largest provider of arts education in Santa Clara County. Initiatives such as the award-winning school program Let’s Look at Art Program and SJMA’s participatory activity stations in the galleries further distinguish the Museum as an innovator in museum education.

Museo Eduardo Carrillo was founded to extend the artist’s work and compassionate legacy into the world. Through exhibitions, web presence and publications viewers will become acquainted with the richness of the artist’s vision.

Born on April 8, 1937 in Los Angeles, Carrillo attended Los Angeles City College before taking his BA and MA degrees at UCLA. After a year in Spain-studying and painting in the PRA do-he and his first wife Sheila moved to his family’s ancestral home in La Paz, Baja California where he founded and directed El Centro de Arte Regional, a center for the revival and study of regional crafts. The gifted painter and muralist had already enjoyed many solo exhibitions of his bold artworks in both Mexico and southern California before joining the faculty of UCSC in 1972, where he taught a variety of subjects- drawing, art history, ceramics, shadow puppetry, mural, fresco as well as his primary media of oil and watercolor painting- for the last 25 years of his life. Exhibiting his work on both coasts of North America, Carrillo was represented by LA Louver Gallery in Venice, California and at Joseph Chowning Gallery in San Francisco.

Memories of Eduardo always begin with his smile, always hugh with high spiritedness-barely deflecting attention from his astonishing blue eyes. The smile- a permanent possibility of who he was in the world- fed from the same spring as his immense talent. Somehow about light and color, always about irrepressible sweetness and humor, that spring seemed unquenchable. Even now that he’s gone, it still seems so. Probably because Ed Carrillo celebrated, loved, catalogued and anthologized, wore his gift so lightly. He never took it seriously that it couldn’t be suspended while he explored some moment of friendship. Part trickster god, part transcultural poet, Ed was an inspiration to his students and colleagues alike.

Machine Learning has matured to place where cognitive computer power can be used to increase productivity and efficiencies to create revolutionary new business processes.

Companies need an A.I. strategy that enhances their investment in infrastructure that is supported by a team of experts specifically tasked to customize solutions to fit their business needs.

At the forefront of this technological era, Nirveda’s team of Artificial Intelligence (AI) experts create products that use Deep Learning, Natural Language Processing (NLP), and cognition algorithms to transform business practices for our clients and partners.