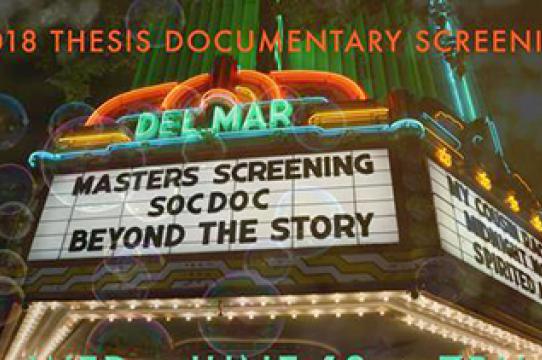 UC Santa Cruz has been ranked No. 6 in the country by College Factual for the best colleges and universities in the U.S. to study for a Film, Video & Photographic Arts degree.

The campus was featured in a 2018 Top 10 list along with such institutions as the University of Southern California, New York University, Emerson College and UCLA.

The data used by College Factual for the rankings takes into account factors such as education quality, average earnings of graduates, accreditation, and graduation rates.

“I could not be more pleased with this recognition,” said Susan Solt, dean of the Arts Division at UC Santa Cruz. “I am so very proud of our faculty and staff; it is wonderful recognition for our current students and shows the impact of our incredible alumni in the field.”

In fact, just this week, UC Santa Cruz alumnus Alex Johnston (Ph.D. Film & Digital Media, 2017) will have a film screened at the 2018 Berlinale, one of the world’s leading international film festivals, running February 15-25 in Germany.

And UC Santa Cruz professor of film and digital media, Irene Lusztig, will also have a film at the Berlin festival--the world premiere of her new feature-length film, Yours in Sisterhood.

“Irene was my primary creative advisor at UCSC, and has been a massive influence on my work as a filmmaker,” Johnston noted. “The film I am screening at the Berlinale constituted a ‘visual’ chapter in my recently completed dissertation,” he added.

Titled Evidence of the Evidence, Johnston’s film is about the 1971 Attica prison uprising. Utilizing rarely seen video recordings (produced by a New York State Trooper), it offers a visceral ground level account of the events at Attica.