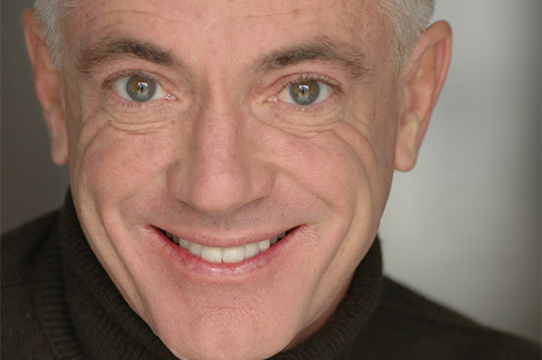 Join us on Zoom as Professor Danny Scheie brings the old gang back together for one more show. Danny is retiring from teaching, but luckily not from the stage!

We’re presenting a live reading of his signature piece, Shakespeare's The Comedy of Errors, to raise money for the newly established Danny Scheie Scholarship Fund and to honor Danny’s incredible impact on so many. The cost of your ticket will support this effort.

Featuring Danny himself as the Dromio twins, along with an impressive cast drawn from his hilarious 1988 production, this enthralling presentation will include talented student and professional actors he's worked with across his storied career.

Make a gift of $500 or more to be invited to a special VIP lounge with Danny and members of the cast after the show!

Donate and register here. Links to join the show on Zoom will be emailed 1 day (and 1 hour) in advance of the event.
(If you’d like to make a gift via check, securities, etc., please contact Sarah Kudela, Arts Development Director.)

Theater Arts alumni: The link for the Alumni Reunion will be shared during the event on Friday.

Listen to an interview with Danny Scheie on our most recent podcast episode!