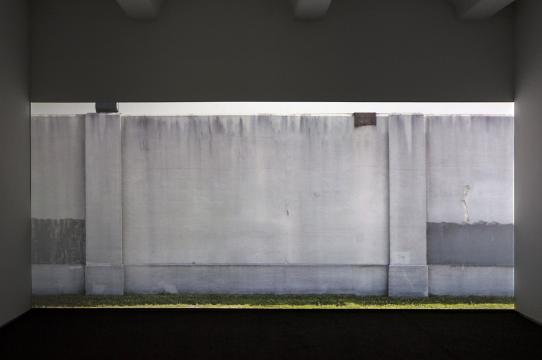 Joanne Barker, Maria Gaspar, and Kelly Lytle Hernández discuss the histories and present struggles that disappear within the labyrinthian network of prisons, jails, and detention centers in the United States. Together, these influential artists and historians will talk about what is made visible when the settler colonial politics that sustain the prison industrial complex come into focus.

FREE and open to the public
Register here
*    *    *    *    *
About the Speakers
Joanne Barker is Lenape, a citizen of the Delaware Tribe of Indians. She is professor and chair of American Indian Studies at San Francisco State University. She is currently serving on the Segora Te Land Trust Board and the Critical Ethnic Studies Journal Board. Barker is the author of Native Acts: Law, Recognition, and Cultural Authenticity, and the editor of Sovereignty Matters: Locations of Contestation and Possibility in Indigenous Struggles for Self-Determination.

Maria Gaspar is an interdisciplinary artist whose work addresses issues of spatial justice in order to amplify, mobilize, or divert structures of power through individual and collective gestures. Through installation, sculpture, sound, and performance, Gaspar's practice situates itself within historically marginalized sites and spans multiple formats, scales, and durations to produce liberatory actions. Gaspar's projects have been supported by the Art for Justice Fund, the Robert Rauschenberg Artist as Activist Fellowship, the Creative Capital Award, the Joan Mitchell Emerging Artist Grant, and the Art Matters Foundation. Maria has received the Sor Juana Women of Achievement Award in Art and Activism from the National Museum of Mexican Art, and the Chamberlain Award for Social Practice from the Headlands Center for the Arts. Gaspar has lectured and exhibited extensively at venues including the Contemporary Arts Museum, Houston, TX; the Museum of Contemporary Art, Chicago, IL; the African American Museum, Philadelphia, PA; and the Institute of Contemporary Art, Los Angeles. She is an assistant professor at the School of the Art Institute of Chicago, holds an M.F.A. in Studio Arts from the University of Illinois at Chicago, and a B.F.A. from Pratt Institute in Brooklyn, New York.

Kelly Lytle Hernández is a professor of history, African American studies, and urban planning at UCLA, where she holds the Thomas E. Lifka Endowed Chair in History. She is also director of the Ralph J. Bunche Center for African American Studies at UCLA. One of the nation’s leading experts on race, immigration, and mass incarceration, she is the author of the award-winning books, Migra! A History of the U.S. Border Patrol (University of California Press, 2010), and City of Inmates: Conquest, Rebellion, and the Rise of Human Caging in Los Angeles (University of North Carolina Press, 2017).

About the Series
Visualizing Abolition is a series of online events organized by Dr. Rachel Nelson, director of the Institute of the Arts and Sciences, and Gina Dent, professor of feminist studies. The events feature artists, activists, and scholars united by their commitment to the vital struggle for prison abolition. Originally, Visualizing Abolition was being planned as an in-person symposium. Due to the ongoing pandemic, the panels, artist talks, film screenings, and other events will instead take place online. The events accompany Barring Freedom, an exhibition of contemporary art on view at San José Museum of Art October 30, 2020–March 21, 2021. To accompany the exhibition, Solitary Garden, a public art project about mass incarceration and solitary confinement is on view at UC Santa Cruz.

Image credit: Gaspar, Maria. On the Border of What is Formless and Monstrous, 2016. Five-channel sound and video installation, 14:52 minutes. Courtesy of the artist.