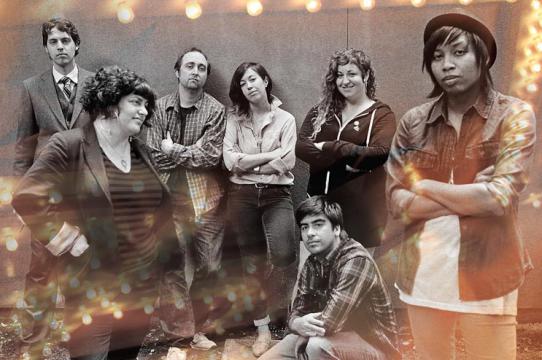 As part of the 6th Annual Graduate Exhibition, the class of 2012 Masters Candidates in Social Documentation screened videos and multimedia works at the Del Mar Theater, as well as a photo exhibition at the Museum of Art & History in downtown Santa Cruz.

Included in these public exhibitions were documentary videos We're All Meant to be Queens by Miguel Astudillo, Kaleidoscope TN by Zac Buck, 16 Seeds by Melinda James, The Infamous T by Melissa Koch, People Live Here by Susie Smith and Still Time by Joanna Sokolowski. Also on display was a book of photographs and texts documenting social change in Mainland China, entitled Changsha by Rian Dundon.

This year's premiere of thesis works marked the transition of the Social Documentation Program's into the Film and Digital Media Department, a program initiative proposed and finalized by Dean David Yager.

"This year's documentaries broke new ground in getting inside their subjects' lives, from a woman learning to live in society after 20 years in prison to a charismatic homeless youth in a queer Host Home to a pair of 'translatinas' creating life and community in San Francisco's Mission District. There were seven films and photo projects and they were all revelatory. We like to say that SocDoc goes 'beyond the story' to unearth the truths of our society, and this year's cohort really proved the truth of that ideal."

And film scholar Rich was the recipient of her own honors as well this spring, including appearing as part of the UCLA Film & Television Archives Legacy Project Film Series. Last month Rich received the prestigious 2012 Frameline Award at the 36th annual San Francisco International LGBT Film Festival. Famed for her film criticism and her influential book Chick Flicks: Theories and Memories of the Feminist Film Movement,  Rich is also renowned as the originator of the film term "New Queer Cinema" describing new filmmaking styles featuring lesbian and gay protagonists. The San Francisco Chronicle recently noted that Rich's influential appearances—ranging from Sundance Film Festival panels to articles written for the Village Voice—"are considered watershed moments" in the LGBT film community.