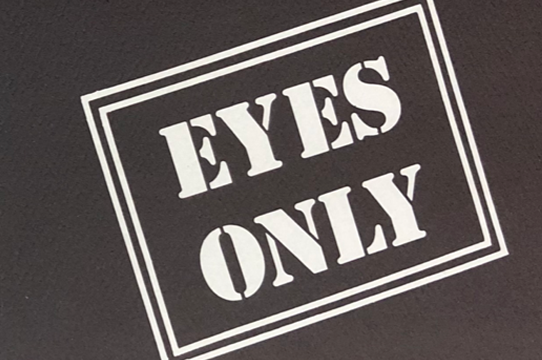 Beginning with the 1966 passage of the Freedom of Information Act (FOIA), Nath's talk reveals how the idea of ‘transparency’ in America emerged from an imperialist common sense and political ethos forged in the crucible of the Cold War. Cold War anti-Communist paranoia produced new bureaucratic regimes of surveillance, however, advocates of transparency also defined themselves in anti-Communist terms, often espousing profoundly imperial and racialized sentiments. Declassified documents tell the story of American interventions and clandestine operations; of civilians killed in targeted operations and conscripted populations pitted against each other; of clandestine operations from Guatemala to Afghanistan to California. As repositories of national security stories, they chronicle a transnational America. The story of these documents themselves, how they weave in and out of classification, the eyes cleared to see them, reveals a visual politics of the state. In this talk, I situate FOIA historically, accounting for the visual and imperial politics that shaped it. Despite the conditions of FOIA’s genesis, in the period after its passage, activists seized the opportunity to request documents from the state that might provide evidence of the repression of social movements at home and those of their comrades abroad. These advocates called for a radical notion of transparency that complicated FOIA’s emergence from an American exceptionalist framework. Nath concludes her lecture with a discussion of the early history of FOIA activism and the vision of a radical praxis of transparency for activists who reveal documents and counter surveil the state.

Anjali Nath is an assistant professor in the Department of American Studies at the University of California, Davis. Her work examines the visual culture of American militarism, with a focus on document redaction, transparency and the bureaucracy of warfare. Her current book project, A Thousand Paper Cuts: US Empire and the Bureaucratic Life of War,is a critical reckoning with the racial and imperial work of paper as mobilized in the service of American militarism. During 2019-2020, she is a faculty fellow at the Charles Warren Center for Studies in American History at Harvard University and concurrently a University of California President’s Faculty Research Fellow. Nath's writing appears in American Quarterly, Cultural Studies <=> Critical Methodologies, Studies in Documentary Film, Visual Anthropologyand other academic publications. Prior to joining the faculty at UC Davis, Nath worked in the Center for American Studies and Research at the American University of Beirut.

The annual Visual and Media Cultures Colloquia (VMCC) at UCSC are a collaboration between the graduate programs in Film and Digital Media Department and Visual Studies in the History of Art and Visual Culture Department. The series brings an array of cutting-edge scholars to speak on a broad spectrum of subjects. Talks are free and open to the public. Parking permit required.  https://taps.ucsc.edu/parking/visitor-parking.html