Pasolini in Morocco: The Geopolitics of Cinematic Space and Transnational Production 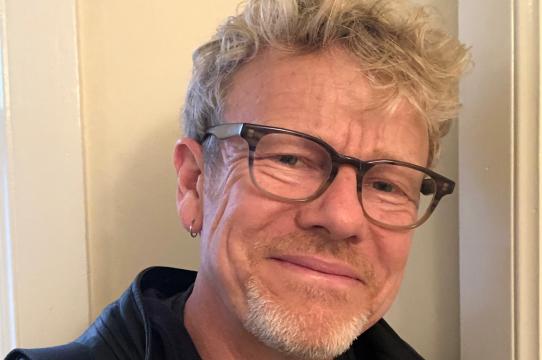 Peter Limbrick, professor of film and digital media at UC Santa Cruz, presents a talk as part of the Visual and Media Cultures Colloquia (VMCC) series.

Morocco, and especially the desert oasis of Ouarzazate, is well-known as a destination for big-budget Hollywood film productions like The Last Temptation of Christ (Martin Scorsese, 1988) and Gladiator (Ridley Scott, 2000). Well before those films, however, iconoclastic Italian director Pier Paolo Pasolini (1922-1975) shot his Oedipus the King in the same region in 1966. Some of his films’ other locations were found elsewhere in Africa and the Middle East: Persia, Eritrea, Palestine, and Yemen. Pasolini’s films are deeply invested in their respective locations, just as the filmmaker himself was invested in the idea that encounters with “Third World” peoples and places held a radical potential for rethinking the relations of capitalist modernity. In turning, in particular, to his Moroccan Oedipus, this talk addresses the entangled relations of Orientalism and anticolonial aesthetics and the politics of race, queer desire, eroticism, and space in Pasolini’s work. Moreover, it does so by thinking with the Moroccan films and filmmakers that have made political and aesthetic engagements with his work. Using a critical analysis of Pasolini’s Oedipus and an engagement with the film’s Moroccan interlocutors such as Ali Essafi, Daoud Aoulad-Syad, and Ahmed Bouanani, this talk will offer a theoretical investigation of Pasolini’s afterlives in the Maghreb.

*    *    *    *    *
About the Speaker
Peter Limbrick is professor of film and digital media at UC Santa Cruz. He is the author of Arab Modernism as World Cinema: The Films of Moumen Smihi (University of California Press, 2020) and Making Settler Cinemas (Palgrave, 2010) as well as articles in journals like Third Text, Camera Obscura, and Cinema Journal. In 2013 he curated a retrospective of Moroccan filmmaker Moumen Smihi’s films, which screened at the Pacific Film Archive (Berkeley), Block Cinema (Chicago), and Tate Modern (London).