Visualizing Abolition: adrienne maree brown and director Gilda Sheppard discuss Since I Been Down 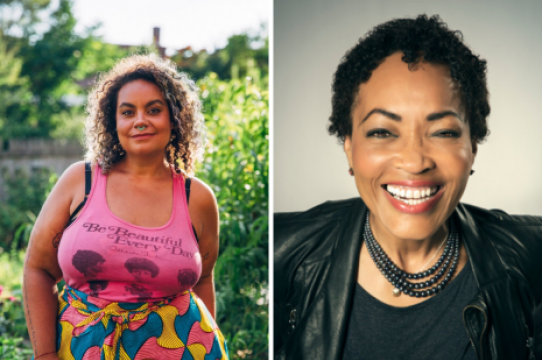 The Visualizing Abolition series continues with a conversation between author adrienne maree brown and Gilda Sheppard, director of the recent documentary, Since I Been Down.

Since I Been Down is a profound and revealing film investigating the circumstances and inequities that have landed a whole generation of African-American youth in prison. In a wide-ranging conversation about filmmaking and abolition, brown and Sheppard will engage the critical questions the film raises about how to build trust, and how to restore and repair lives devastated by the U.S. criminal legal system.

Since I Been Down focuses on one city in the U.S., Tacoma, WA, as an example of “Everytown.” Influenced by the national drug war frenzy and the fear-based culture of punishment in the 1980s–90s, Tacoma sacrificed its most-vulnerable children to a life behind bars. Those children, now adults, cannot be silenced as they advocate for transformative and restorative justice from behind bars, seeking to prevent future generations of black and brown boys from the same fate.

*    *    *    *    *
ADMISSION
Free and open to the public
Attend online
Register here
On October 21, registrants will be emailed a link and password to view the limited-time, on-demand film screening of Since I Been Down between October 21 and October 28, as well as a Zoom link for this Visualizing Abolition event.

ABOUT THE SPEAKERS
adrienne maree brown is the writer-in-residence at the Emergent Strategy Ideation Institute, and author of Holding Change: The Way of Emergent Strategy Facilitation and Mediation, We Will Not Cancel Us and Other Dreams of Transformative Justice, Pleasure Activism: The Politics of Feeling Good, Emergent Strategy: Shaping Change, Changing Worlds, and the co-editor of Octavia’s Brood: Science Fiction from Social Justice Movements and How to Get Stupid White Men Out of Office. She is the podcast cohost of How to Survive the End of the World, Octavia’s Parables, and Emergent Strategy.

Gilda Sheppard is an award-winning filmmaker who has screened her documentaries throughout the United States, and internationally in Ghana, at the Festival Afrique 360 in Cannes, France, and at the International Black Film Festival in Berlin. Sheppard is a 2017 Hedgebrook Fellow for documentary film and a 2019 recipient of an Artist Trust Fellowship. For over a decade, Sheppard has been teaching sociology classes in Washington state women’s and men’s prisons. She is a sponsor for the Black Prisoner’s Caucus, and is among the founders and faculty for Freedom Education for Puget Sound (FEPPS), an organization offering college credit courses at Washington Correctional Center for Women. Sheppard is the author of several publication’s including Culturally Relevant Arts Education for Social Justice: A Way Out of No Way (2013). Sheppard is a professor of sociology, cultural and media studies at The Evergreen State College—Tacoma Program.

ABOUT THE SERIES
Visualizing Abolition is organized by Professor Gina Dent, Feminist Studies, and Dr. Rachel Nelson, Director of the Institute of the Arts and Sciences. The events feature artists, activists, and scholars united by their commitment to the vital struggle for prison abolition.