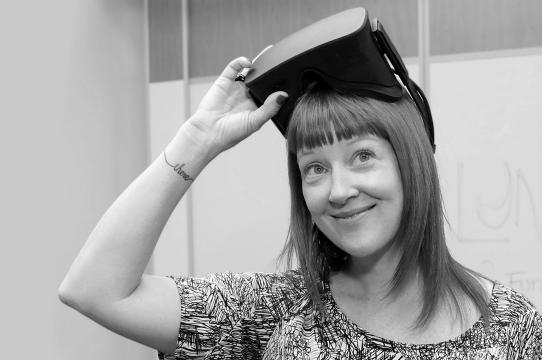 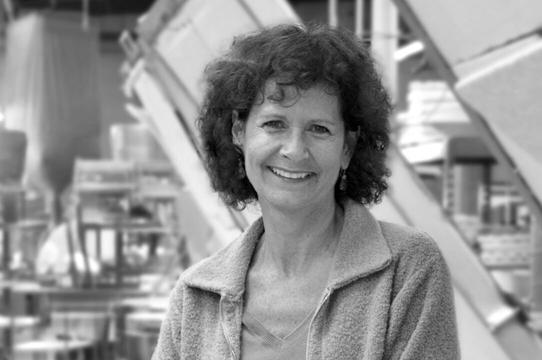 Robin Hunicke is a video game designer and producer who is professor and director of Arts + Games and Playable Media and Digital Art and New Media at UC Santa Cruz and the co-founder of Funomena—a company dedicated to making the world better through good game design. Hunicke was a producer on the incredibly wildly expressive PlayStation 3 title Journey. Now, Funomena seeks out experimental technology, new ways to design and showcase interactive work—while the company has utilized AR-capable phones and Fitbit in Luna, its latest game release and first foray into virtual reality. As an active evangelist for diversity of thought and participation in arts and games, Robin co-organizes the Annual Experimental Gameplay Workshops, and serves as a volunteer in support of a variety of causes—including the original Indie Game Jam, Google Made with Code, and Girls Make Games, to mention a few.

Annie Morhauser's noteworthy career is proof that fine artists can enjoy widespread acclaim as entrepreneurs. Graduating from the California College of the Arts with a degree in glassblowing, she has accomplished something highly unusual—crossing over into the commercial world while tenaciously retaining her role as an artist. The Annieglass studio, originally 400 square feet, is now a manufacturing facility of more than 15,000 square feet. Thirty full time employees handcraft more than 100,000 plates, bowls, serving dishes and decorative accessories annually. In 1993, Annie launched a retail store in downtown Santa Cruz in order to display all of her wares in a singular environment enhanced by fine crafts by other artists, many of whom are acquaintances she has made in her two decades in the industry. Annieglass is represented in more than 600 stores and 200 world-class restaurants, as well as the Smithsonian Institution and Corning Museum of Glass.