Adam Kubota Jazzes It Up in a Postmodern World 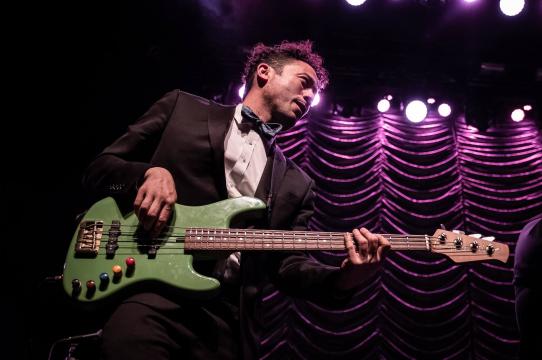 Inspired at the age of ten by the irreverent funk/rock group the Red Hot Chili Peppers, UC Santa Cruz Music Department alumnus Adam Kubota was destined to push musical boundaries. “I was a super fan of the Red Hot Chili Peppers and wanted to be like their bassist Flea,” says Kubota. “That guy would play in front of hundreds of thousands of people in his underwear, and I thought that was pretty cool.”

Now, as a key musician in the internationally renowned and hugely popular band Postmodern Jukebox (PMJ), Kubota tours all over the world for various events and concerts, although usually not in his skivvies. Over the last five years, he’s toured on six continents, including sets at Radio City Music Hall, the Sydney Opera House, L’Olympia in Paris, the Walt Disney Music Hall in Los Angeles, the Dubai Jazz Festival, and many more. 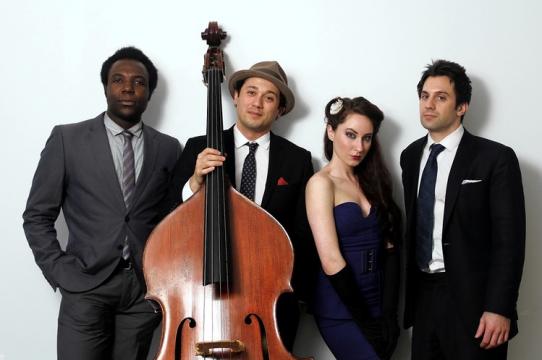 These days his musical preferences include Icelandic singer/songwriter/performance artist Björk and the late legendary bass player Ray Brown, who was a leader in defining the modern jazz rhythm section. “Ray really set the standard for playing upright bass during the Bebop era, but he did it by focusing on making the entire song feel good!” observes Kubota. “I had the opportunity to shake his hand at the Kuumbwa Jazz Center when I was a student at UCSC. It’s such a good memory for me!”

Raised in Belmont, Calif., Kubota always appreciated the plethora of multi-cultural experiences he was exposed to as a native of the San Francisco Bay Area. “Growing up in the Bay Area exposed me to a ton of great music…. I think I’ve always had a variety of sounds in my head as a result of growing up there,” he says.

Kubota began his musical journey when he was barely five years old, revealing early on an uncanny knack for comprehending outstanding music by listening obsessively to his uncle’s treasured LP records, from the Beatles and Led Zeppelin to Louis Armstrong. He also coveted his uncle’s drum kit, requesting a drum set of his own for Christmas, but to no avail. Somehow, his (very wise) parents resisted the idea of having their young son banging on drums all day in the house. 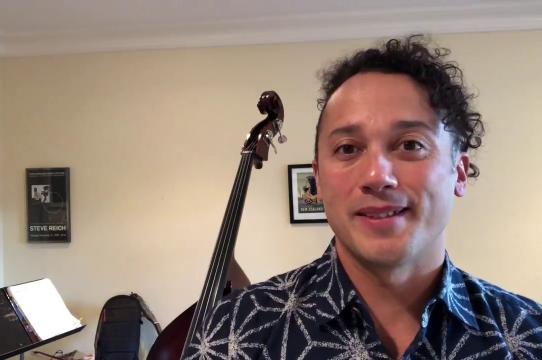 Instead, Kubota turned to the cello at age 10 and quickly became an accomplished player, leading him to switch to the electric bass thanks to his musical hero Flea.

By the time he entered high school, Kubota’s orchestra conductor observed that he had what she deemed a “bass personality”. “I had no clue what she meant at the time,” he says, “but now I guess it had something to do with enjoying a variety of musical styles, and not keeping a laser-like focus on classical music.”

As he continued playing, his passion for music never waned and he decided to keep focusing on music during college. While still in high school he had been in contact with bass instructor Barry Green, who taught in the Music Department at UC Santa Cruz, and was drawn to the university through him. “I had a good rapport with him as he has such a wonderful, intuitive approach to getting students to play the bass at a high level.” The exceptional natural beauty of the campus sealed the deal for Kubota, which he found to be perfect for developing his creativity. 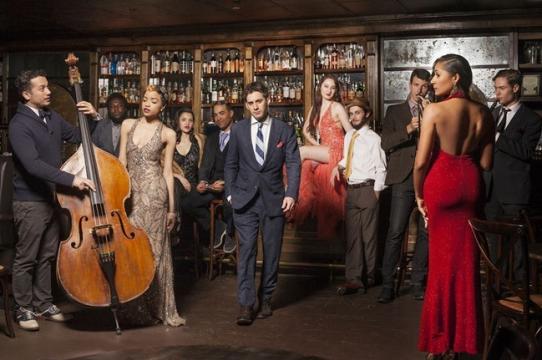 Barry Green remained Kubota’s most inspirational teacher and was an important influence. “He really lit a fire under me in terms of learning to play the bass,” says Kubota. “Barry is very connected with of the world’s greatest bass players, both classical and jazz, and he would regularly bring them to UCSC to give master classes.” Kubota still keeps in touch with Green and credits him with being one of the world’s best bass players.

Other UC Santa Cruz music teachers who were influential included jazz professors Ray Brown (who coincidentally has the same name as the great jazz legend) and the late Smith Dobson. “We were so lucky to have all of these people around at the time because they really cared about our musical and personal development!” says Kubota.

One of his favorite memories from that time is his nearly three-hour senior recital which he played to a full house at the UC Santa Cruz Music Hall. And he really appreciates the community he was part of in the Music Department. “We had such a tight-knit group of friends and would attend everyone’s recitals – and after-parties,” he says. 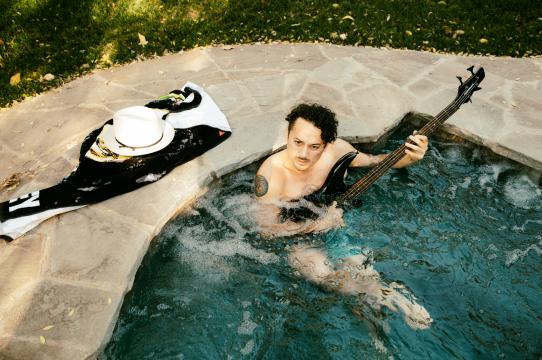 Practicing at night also had its advantages. “I used to hide in the practice rooms after the building closed and befriended the ladies who cleaned the building. We would talk about their families and they would generously bring me amazing Mexican dishes including mole and tamales.”

After graduating from UC Santa Cruz in 2001 with a BA in music, Kubota earned a Master’s degree in music performance at The Hartt School, a comprehensive performing arts conservatory of the University of Hartford in Connecticut. It was there that he met Scott Bradlee, the founder of Postmodern Jukebox. Bradlee was also a struggling musician at that time and together they played a lot of bar mitzvahs, bars, and even a “hilarious” weekly gig at Whole Foods where they were duly ignored by high-end shoppers more interested in kale than their music. At least they were given free range at the Whole Foods salad bar.

He worked various day jobs in arts administration while continuing to play music sets at night, and had steady work at Wesleyan University where he played with many legendary improvising musicians, including Anthony Braxton and Tyshawn Sorey.

But with money still being tight, Kubota made a bold decision and in 2011 decided to go to law school at Brooklyn Law School in New York. He also reconnected with Scott Bradlee who was in the beginning stages of getting Postmodern Jukebox off of the ground while working as the musical director for a popular off-Broadway show called Sleep No More that Kubota performed in during the evenings after his law classes.

As he recorded more and more Postmodern Jukebox YouTube videos with Bradlee, their 1930’s-style rendition of Macklemore’s Thrift Shop was the one that finally became a viral hit. They received several million views and their popularity soared from there.

But going to law school and performing was also taking a toll. Kubota earned his law degree in 2014 but right after the graduation ceremony he had to fly out immediately to play an important YouTube event at the Kennedy Center in Washington, D.C., which included musicians John Legend and Lindsey Stirling.

As Postmodern Jukebox’s star kept rising, Kubota found himself touring all over the world and has yet to find time to practice law. “I went for a law degree because my dad is a successful attorney in the Bay Area and I would like to take over some of his private practice one day,” he says. “One day I would like to provide legal aid for artists at some point, maybe with an organization such as Volunteer Lawyers for the Arts.” 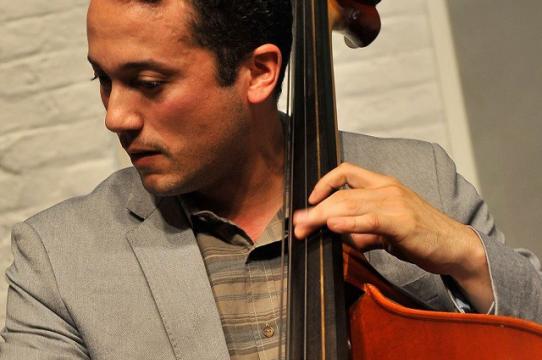 Always on the go with touring, he longs for when he can remain in one place for a while and spend more time with his family in the Bay Area. “I think it’s healthier in the long term to stay put and I’m always looking for ways to make that happen,” he says. “Moving around so much can preclude you from doing normal people stuff, like getting married, having a family, hanging out your own shingle – or using your expensive law degree.”

Kubota’s main challenges these days include making sure he can still develop high levels of artistic development while being on the road so much, and paying down his student debt.

He advises students who want to be professional musicians to work hard and take every opportunity possible. He also understands how crucial it is for musicians to self-promote and to be easy to work with since that’s “50% or more of getting hired”.

“Artistically, always keep in touch with what’s in your heart and never let your professors or mentors tell you what to play or how to perform,” he recommends. “Don’t be afraid to pull up your roots and move some place new because you’ll only expand the network of people who will hire you later. And develop business skills because, in addition to great artistry, this is what will allow you to have a living in this field.”

Up next for Kubota are more tours with Postmodern Jukebox throughout the States and then over to New Zealand and the Sydney Opera House in Australia. In addition to playing with PMJ, he also tours with New York jazz group the Hot Sardines, and plays private gigs in Los Angeles and New York.

“I’m always looking to do more projects and collaborations and would love to work with UCSC folks,” he says.

Kubota can be reached at adam@adamkubota.com, on Istagram, on Twitter, or via Facebook. To find out about where he’s touring next with PMJ check out their website.