From Student Artist to Hollywood Producer, Alumnus Brian Kavanaugh-Jones has Always Been Passionate About the Arts 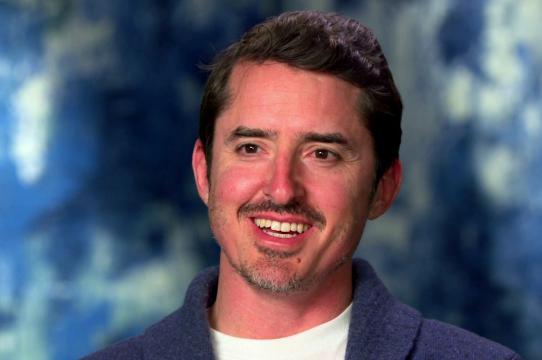 Growing up in the rural town of Petaluma, UCSC Arts Division alumnus Brian Kavanaugh-Jones grew up appreciating the culture and beauty of California while also experiencing what the outside world had to offer.

From his passion for the arts and accompanying his father on travels around the globe, to his keen enthusiasm for collaboration and bringing outstanding creative projects to fruition, it’s no wonder that Brian was destined to become such a successful Hollywood film producer.

“My dad was a National Geographic photographer so he’d go all over the world,” he says. “It was fun because I got this beautiful, rooted home life in a really cool, small town but then in addition got to go all over the place and travel.”

While in high school at the prestigious Marin Academy in San Rafael, CA, he became interested in not only sports, but also the arts, especially painting and photography. From there he chose UC Santa Cruz as the place to pursue his artistic dreams.

“I fell in love with the campus as soon as I got there and then the people,” he says. “The community spoke to my Northern California roots.”

At UC Santa Cruz, Brian was fortunate enough to study painting with renowned artist Eduardo Carrillo*, who was a beloved art professor at UCSC for over 25 years. “He was an amazing artist and person, and my friend,” said Brian. “I also regarded him as my mentor but I, very sadly, lost him half way through.” Carrillo, who was struggling with cancer, died in 1997, two years before Brian graduated.

After Carrillo’s death, Brian knew that he had to push himself and to try to find his own voice, and himself. He found other, very inspiring, art professors, including Professor Elizabeth Stephens, now Chair of the UCSC Art Department, who encouraged him to be “wildly creative”.

“During my senior year, my friends and I got really weird and started a horrible movement that no one ever picked up on called ‘Spacio Temperal Appliance Displacement’,” he laughs. “We’d drive in and drop a refrigerator in the middle of campus. One time we spent a weekend burying a dryer near the Theater Arts Department. We got in big trouble when a walking tour of the department went by and thought it was a permanent exhibit! That’s when we thought that this project wasn’t’ such a great idea.”

For his senior thesis Brian and a fellow student collaborator snagged two full-sized bath tubs, positioned them near the library, filled them with water, stripped down to their undies, and then sat in the tubs for a half hour, shivering the entire time. “We got into some really neat, mind-bending stuff,” he says fondly, remembering his time as an experimental performance artist. “I loved doing it. I loved everything I learned at UCSC.”

When it came time to choose a career, he knew that he wanted to do something that involved collaborating and creating. A friend of his who was making a documentary persuaded him to be the producer on the film and from there Brian was hooked. He took the plunge and moved to Los Angeles, hoping to get into the film business, and landed at one of the world’s top talent agencies, Creative Artists Agency (CAA), where he worked his way up through the ranks and learned everything he could about producing.

“I eventually became an agent which was an incredible education,” he says. “I got to work with some really fantastic people and I credit them for giving me a solid base training that has enabled me to do what I do now.”

After nine years at CAA, he was ready to launch into the world of producing and founded his own production company, Automatik, which has already made over 60 films. In the meantime, he also has started a management company called Grandview that represents writers, directors, and actors.

“There’s a huge amount of synergy between them,” says Brian about the two companies. “But none of our managers at Grandview produce – they strictly represent and manage people.” As of 2016, Brian brought in La La Land producer Fred Berger as his partner and they are continuing to make Automatik a Hollywood success story.

“I love the collaboration and that every day there’s a new challenge,” he says, “because every day you’re in an insane time frame, bringing a group of talented people together, and a group of talented artists together…and sometimes that all jives together really well. And other times it’s very challenging to make it all work. I’m so fortunate that I get to be a part of that magic, the magic of filmmaking, and letting filmmakers know that they’re in a safe space to go and make really cool art.”

Another recent success was the world premiere of his latest film I Think We’re Alone Now which was screened at the world-renowned Sundance Film Festival last January. It stars Peter Dinklage and Elle Fanning and won the Sundance Festival’s U.S. Dramatic Special Jury Award for Excellence in Filmmaking.

Brian advises art and film students to not be afraid to just make things. “I’ve seen a lot of incredible short films and I think the best thing you can do as a filmmaker is to shoot and then throw it away until you get what you want. The good news about technology today is that there’s no reason that you can’t rent a camera and throw some really great lenses on it, and go make something with your friends over a weekend and it can look professional. Keep doing that until you’re finally happy with the result, then let that piece be your calling card.”

A great example of that method was when he worked with a young, new writer/director named Jeff Nichols who, fresh out of art school, worked tirelessly to scrape together $250,000 in order to shoot his first film Shotgun Stories. The success of the film enabled Nichols to go on to write and direct such notable films as Take Shelter, Mud, Midnight Special and, most recently, the Academy Award- nominated film Loving.

“Brian’s success is an incredible inspiration to our students; his passion for creativity, his commitment to diversity (something we discussed at length when I had the pleasure of meeting Brian in his offices at Automatik last year),” says the Arts Division’s Dean Susan Solt. “His successes as a business-minded producer are such a wonderful testament to what is truly special about the Arts at UC Santa Cruz, and the very specific and unique experience our students have.” 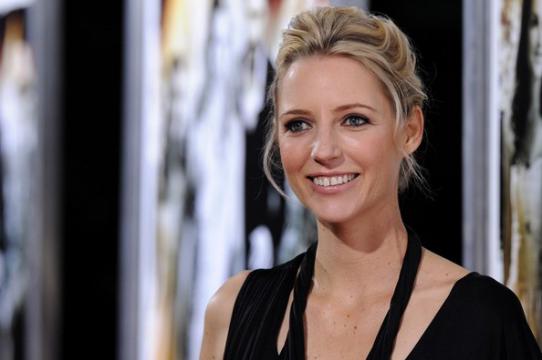 But Brian isn’t the only successful filmmaker in his family. His wife, Shana Feste, is a writer and director whose films include The Greatest (starring Pierce Brosnan, Susan Sarandon, Carey Mulligan and Michael Shannon), Country Strong (starring Gwyneth Paltrow and produced by Toby Maguire), and Endless Love (starring Joely Richardson and Gabriella Wilde).

He feels very lucky that he and Shana were able to work on a film together entitled Boundaries, starring Vera Farmiga and Christopher Plummer, which is due to be released soon. The film, inspired by Feste’s father, revolves around a single mother who, along with her teenage son, must drive her estranged, pot-smoking father across country after he gets kicked out of a nursing home. Unexpected adventures ensue when the father makes some extra stops along the way, including one to his daughter’s deadbeat ex-husband.

“People always warn against working with your spouse, but for us it was a super pleasure,” he says. His wife wrote and directed the film, and Brian produced. “She was a blast to make that movie with!”

Brian’s family continues to grow and, along with their four-year-old and two-year-old boys, they recently welcomed a baby girl to the fold. “When I’m not working, I try to hang out as much as possible with my family,” he says. “My kids are so inspiring to me.”

Of UC Santa Cruz, Brian still has warmhearted memories. “I love UC Santa Cruz and I’m really proud to be a banana slug! What I love the most about UCSC is that people work collaboratively. That kind of collaboration has continued to define how I work, and it’s very special….I have a lot of gratitude for that.” 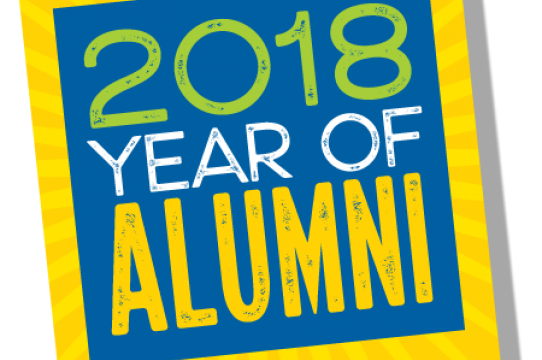