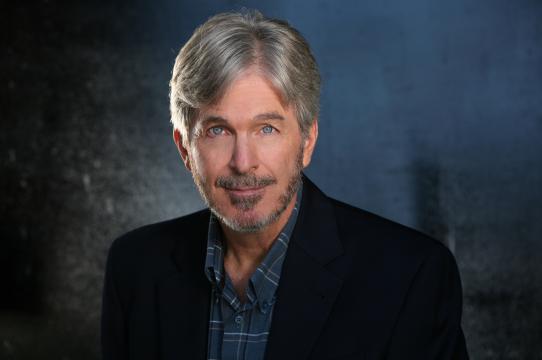 Thanks to his voracious love of reading combined with some stellar Trivial Pursuit game skills, UC Santa Cruz alumnus and generous supporter of the university’s opera program, Scott Lord was destined to put his knack for knowing a bit of something about almost everything, to good use. Having won over $109,000 on the iconic game show Jeopardy! last summer, his lifelong dream of being a contestant finally came true.

“Family and friends had told me for years, ‘hey, you should apply!’” said Lord. “They’ve made it easy over the last few years by allowing you to take the test online. I passed, went to the audition, and was lucky enough to be selected as a contestant.”

Thrilled to make the show, Lord hoped he could win a game, have fun and not embarrass himself on worldwide TV, but was pleasantly surprised when he went on to win a total of five games. “Interestingly, people who have known me for years have said to me, ‘I knew you were smart, but I didn’t know you were Jeopardy! smart.’ I wasn’t sure whether to be complimented or insulted!”

Lord said that the staff on the show was incredibly nice and supportive, and the highlight for him was meeting host Alex Trebek. “During one of the end-of-show chats, I asked him what he did to keep so fit (he’s 75). And he replied, ‘I drink a lot’.”

Another funny outcome of being on the show was that television reality star, Scott Disick (Kourtney Kardashian’s estranged husband) from Keeping Up with the Kardashians, did a tongue-in-cheek social media campaign during Lord’s time on Jeopardy!, claiming that he was the only Scott that could be called “Lord”, especially after having purchased the title of “Lord” to seal the deal. Of the incident, Lord said, “We all had a pretty good laugh and I heard from a lot of people who saw it. That actually was one of the nicest things about being the Jeopardy! experience. I heard from friends who I hadn’t heard from for years.”

Growing up in San Fernando Valley, California with four brothers, Lord came from a very active, creative family. His father had a career in printing while his mother worked as an executive assistant, and they were both very musical, exposing their children to classical music and opera. In his spare time, Lord’s father loved to build and operate marionettes, so Lord and his brothers were enlisted as puppeteers on the weekends to perform shows at birthday parties and shopping malls. “I came home one weekend from college in my freshman year and found in the driveway a 22-foot flatbed trailer on which stood a 16-foot-high replica of a barn. My dad built it as a travelling puppet theater and it could collapse down and be put up by one person.”

Another lifelong ambition of Lord’s was to become a lawyer, but he also was drawn to history and music.  When he was 14, he heard about UC Santa Cruz after reading an article in Life Magazine about this “new and unusual” university, and was hooked. “It looked so beautiful compared to smog-ridden LA,” he said. “I was especially enamored of the pass/no record grading system that existed then. After years of grubbing for grades, it seemed idyllic to be able to take a class without worrying about them.”

Once he got into UC Santa Cruz, Lord decided on two majors: U.S. History and Aesthetic Studies-Music. He also played jazz piano and, in his junior year, started thinking about where his life was going to take him. He was torn between becoming a lawyer, a musician or a history professor and decided that going to law school was the right path to take. So after graduating with a history degree in 1976, Lord went on to attend the Santa Clara University School of Law and became a very successful criminal and civil trial lawyer, trying 75 criminal cases in the first 10 years of his career.

While a student at UC Santa Cruz, Lord was grateful for the many teachers who inspired him, including history professor Page Smith. “I asked him whether he thought I should be a professor,” said Lord. “He said, ‘it’s like getting married: only do it if you have to.’” Lord also loved his classes with another history professor and his advisor, John Dizikes, who he described as being elegant, well spoken and knowledgeable. “He wrote a terrific book about opera in America,” said Lord. Other teachers who impressed Lord included Michael Freeman who was his advisor for his minor in Chinese philosophy, and Randy Masters who was his jazz teacher….”such a good musician.”

Lord, a steadfast opera lover for most of his life, has been a very generous supporter of UC Santa Cruz’s opera program for the last three years. “Since I semi-retired a few years ago, I have studied Italian, in part, to better appreciate many Italian operas. He’s also writing the libretto for an opera called The Fall of Atlantis, with his older brother, popular New Age composer, musician and three-time Grammy nominee, who goes under the name David Arkenstone. Most of the music has been completed and they’ve been recording it over the last year. “Brian Staufenbiel [Director of Voice and the Opera Program an UC Santa Cruz] was kind enough to offer to review some of our work and give us some pointers.”

Never one to be idle, last year Lord also self-published a novel, The Logic Bomb, a legal thriller about, of course, a lawyer. The intriguing plot centers around the main character getting involved in a shady deal to sell a cyber weapon and finds himself being chased by crooks, spies, and the U.S. government. Lord is just finishing up his second book which centers around a struggling, young Hollywood actress who cons an older, wealthy woman into financing a movie for her to star in. “It’s a lot of fun, a bit of a thrill, and there’s a love story in it, too,” said Lord. He’s hoping to get it published in the near future.

Now living in beautiful Santa Monica, Lord, his wife Susan, and their twin 12-year-old boys have fond memories of a very exciting safari adventure they experienced recently with the help of Lord’s Jeopardy! winnings. They traveled to three different camps in nature reserves in Botswana and Zimbabwe and found themselves literally walking next to wild animals, including elephants, impalas and monkeys. “With a guide, I went on a walking safari, which was dangerous enough for the guide to have to carry both a rifle and a handgun,” said Lord. “We had a great time, but a week later, a guide in the same camp on a walking safari was killed by a lion. Whew!”

Spending time with his family is one of Lord’s favorite pastimes, and they enjoy playing sports, riding bikes, going to the beach and the movies, and they “love to talk!”. Along with the twin boys, his blended family includes Max, age 25, who’s attending New York University, as well as 22-year-old twin daughters, Megan and Sarah, who just graduated from college.

And what else is coming up for Lord and his family? “It was the [twin boys’] idea that we go to Africa on safari. Next year they want to go to the Great Barrier Reef in Australia. I think we’ll do it.”

Another for adventure coming up for Lord is to see this year’s UC Santa Cruz opera’s production in the Spring, which will be Henry Purcell's Dido and Aeneas. “I love the UCSC program because, although small, if produces students and productions of high quality and creativity.”