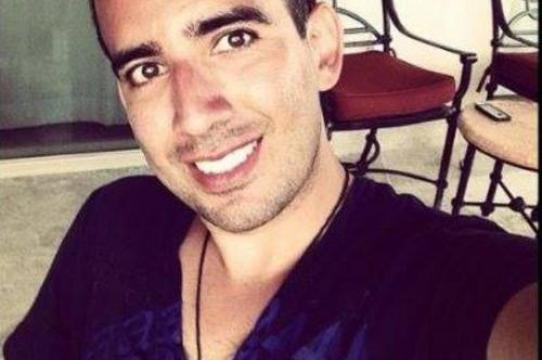 After graduating from UC Santa Cruz in 2005 with a degree in Film and Digital Media, Jaime Gonzalezknew that he was destined to become a filmmaker. He had loved the idea of telling stories since he was a child due to his mother sharing her love of novels with him, along with seeing Pulp Fiction at the impressionable age of 12. “The way Tarantino played with narrative structure was really mind blowing to me,” he says. “It started me on this rabbit hole of researching directors and then eventually trying to write and produce my own work.”

Now living and working in Los Angeles, as well as running his own production company, Lift Off Pictures, which specializes in commercials, start-up promos, and music videos, Jaime also is currently working as post production supervisor for New Wave Entertainment. “It’s always challenging to get your name out there and attain clients, especially in a competitive place like LA,” he says. “Probably the biggest challenge for me has been determining what kind of work I want to keep making. Scripted content is where I prefer to stay.”

Growing up in the Mission/Excelsior district of San Francisco along with his two sisters (who also attended UC Santa Cruz), was an exciting time, especially since his father, Jim Gonzalez, was a special assistant to then mayor Dianne Feinstein and later elected as one of the city’s supervisors. The family attended campaign events and Jaime enjoyed seeing his parents engaged in the community.

When Jaime was in high school, his family moved to Sacramento which he found dull at first, especially compared to all that he had been exposed to in San Francisco, but he grew to love the area. “Eventually I made some great friends and found a great community at Christian Brothers High School,” he says. “I played a different sport every year, but I only really excelled at writing.”

His love of film also continued due to his father being a huge film buff. “He introduced me to Scorsese and Coppola probably a little too early, but I’m grateful,” says Jaime. “I remember one time he dropped my sister and me off at the movies to see Speed, which he had already seen. He said to us, ‘Look, guys, just get ready, because once this movie gets going, it doesn’t stop.’ It was probably the most excited I had ever been for anything…and why I now have this visceral association with going to the movies.”

While at UC Santa Cruz, Jaime admired many of his film professors, declaring all of them to be “excellent”. “They were passionate and beyond knowledgeable about film theory and history,” he says. “One professor even brought out Nicolas Cage as a guest lecturer before finals. That was an awesome surprise and I got to ask him a question about Adaptation.”

Originally drawn to UC Santa Cruz because his older sister was a student there, Jaime became more enthralled with the campus every time he visited her. “I definitely considered other film schools, but the program at UCSC looked great and Steven Mirrione, an alum, had just won an Oscar for editing Traffic, so I took that as a sign that I should be a Slug.”

Another of Jaime’s favorite teachers was Ralph Quinn, Human Psychology lecturer, who he thought of fondly as being a person who was thrilled to teach. “I just remember looking forward to every class, and I had him for two different subjects.” Jaime was also inspired by guest lecturer, Eric Greenfield, who talked about the film industry from an economic and pragmatic standpoint. “It was an inspiring experience because he often treated us like colleagues rather than students.”

To start gaining some valuable experience while he was still a student, Jaime worked at the local Santa Cruz public access station operating the camera, giving him something substantial to include on his resume. After graduating, next stop was LA to try and find a job in the film industry. That eventually happened with the help of his sister actress/comedian, Sofia Gonzalez, who arranged for him to get an interview at the talent agency that represented her, Affinity Artists. “I also was a set production assistant before that,” says Jaime. “I got that due to my brother-in-law knowing the first assistant director. Sometimes, it really is who you know, but you don’t get to stay if you’re not competent.”

In 2012, as his 30th birthday was approaching, Jaime decided to make his first short film, Shattered, which told the story of Latin American immigrants in the U.S. dealing with family separation. He had heard that the Latino Policy Coalition wanted to make an advocacy video about the issue, so Jaime submitted a script to their board and they decided to do a story about a young single mother who is targeted by a soccer coach for being undocumented. She ultimately is deported to a detention center, losing her children in the process, who are forced into foster care. “Making that movie was a dream come true. It was the most professional shoot I had ever overseen….The experience was fast-paced and at times overwhelming but at the end of the day, validated that making movies is something I love doing.”

More recently, Jaime has been having a blast working alongside his sister, Sofia, and her popular comedy web series, We Need to Talk. Since they were both drawn to the entertainment field from an early age, they had thrown out the idea of doing a project together for years. So when Sofia was writing her script and showed it to her brother, he loved it, and they decided to go forward with the project. “We would workshop every episode together and that was so much fun because we were envisioning it together,” he says. “The editing was a really cool process, too. I got to see my sister elated that her writing was coming to life, and I got to work on my comedy pacing.”

The idea of We Need to Talk grew out Sofia talking about bad breakups at a dinner party one night. Sofia’s real life romance stories proved to be ample, and very humorous, material for the webisodes. Plus, since she had trained at the very competitive Groundlings School of Comedy, among other accolades, Sofia’s acting talent combined with Jaime’s editing and directing skills made the series a hit on YouTube.

Sofia, a fellow Slug with a BA degree in politics, was inspired to follow her dream of getting into acting after watching UC Santa Cruz alum (Porter College) Maya Rudolph on Saturday Night Live. “Years later, I got to meet Maya and tell her how much she inspired me, and that I had recently been flown out to audition for SNL,” says Sofia. She loves working with her brother. “He knows how to tell a good story and evoke emotion from an audience. I look up to him.”

Besides running his production company, Jaime is now working on his first feature film, a youth crime story. When he has any spare time, which is rare, he likes to travel. “UCSC’s study abroad program allowed me to live in Madrid for five months, and I got to take a bunch of random excursions to Italy, France and England.” He also likes to discover new areas around LA with friends, play basketball and, of course, go to the movies.

At the end of the day, it’s hard work, perseverance and a passion for what he does that has driven Jaime’s success. After making Shattered, he not only was given some screenings and press coverage, but that led to him being admitted to the Industry Experience Roster (for film industry professionals with professional experience), that in turn led to him being admitted into the Editors Guild, opening up even more important opportunities for work.

And what would Jaime advise current UC Santa Cruz students who are striving to find their passion? “I really believe that any concentrated effort you make towards the thing you really want to do in life your life, is never for nothing,” he wisely says.