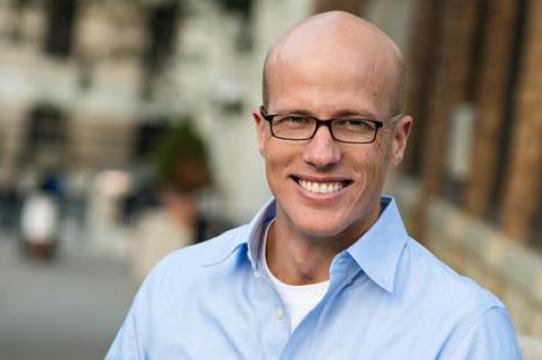 UC Santa Cruz Film and Digital Media alum Erik Pearson will be directing the upcoming play Marqués, a loose adaptation of Shakespeare’s Macbeth, which was written by UC Santa Cruz graduate students,Stephen Richter and Mónica Andrade, and is set in the shady world of drug cartels. The innovative work is a high-octane adaptation of Shakespeare's classic tale of love, betrayal and murder, and centers around an architect and his wife as they fight for their survival in a deadly game of kings, witches, and kingpins in the land where no good deed goes unpunished.

“The scope of the project is epic – a cast of 23 including two children, singing, dancing, a strip show, original music, projections, stage-combat, I could go on...” said Pearson. “Any project with this many moving parts is a challenge to wrangle and Marqués is no different. Thankfully, I have a talented group of students working alongside me to help assure the project stays on track.”

Now a Brooklyn-based director and projection designer, Pearson has especially enjoyed collaborating with the UC Santa Cruz students. “Their dedication, hard work, and creativity is inspiring to be around,” he said.

Pearson is thrilled to be directing Richter’s and Andrade’s latest endeavor (the couple are not only writing partners, but are married as well) and views it as an important and timely contribution to American theater. “Monica and Stephen have an incredibly ambitious theatrical vision, and they are wrestling with some of the most pressing challenges our country and the world are wrestling with today.”

Pearson, who is a native of Santa Cruz, teaches at N.Y.U. and Pace, has lectured at Yale School of Drama, and has served as a guest artist at Rutgers University. He also is a member of Wingspan Design Collective and holds an M.F.A. in directing from Yale School of Drama.

Marqués opens on Friday, February 26, 7:30pm, at the Experimental Theater in the UC Santa Cruz Theater Arts Center, with post-performance talk-backs on Saturday, February 27 and Saturday, March 5. More information is available at www.arts.ucsc.edu