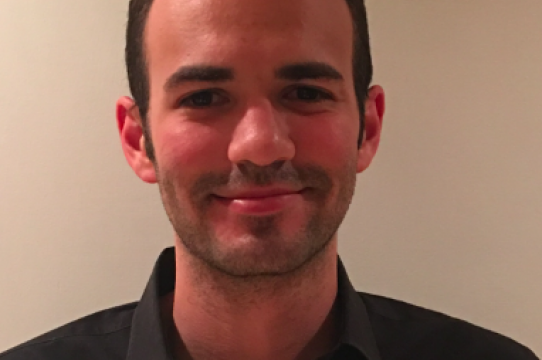 Growing up, UC Santa Cruz alum Nick Yarborough knew early on that he wanted to dedicate his career to filmmaking. His love for films started as a child and developed into a passion when he started writing as a teenager. Now, having written screenplays for over ten years, his script Letters from Rosemary has been picked up by the Anonymous Content production company (Spotlight, The Revenant) and will star Emma Stone, who recently won the Best Actress Academy Award for La La Land.

Already garnering a lot of industry buzz, Letters from Rosemary is the tragic true story of President John F. Kennedy’s eldest sister, who, at her father’s insistence, underwent a very controversial – and botched – lobotomy at the age of 23 which changed her life forever.

“I had always really wanted to write a biopic, but my stipulation was that it had be about someone unusual and told in an unusual way,” says Yarborough. “I also wanted it to be about a famous historical figure most people would not immediately consider a ripe subject material for a biopic.” After discovering Rosemary Kennedy’s story, Yarborough found himself being haunted by it and was compelled to find out more. 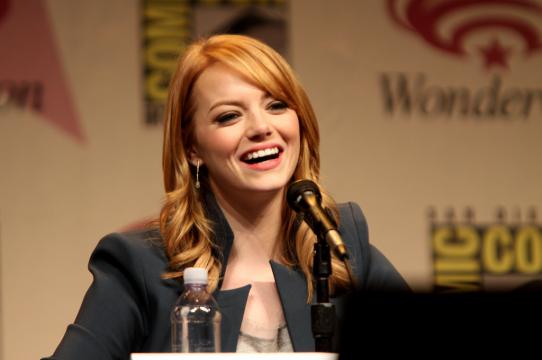 “I wanted the script to function as a combination of other genres and emotions that I hoped to imbue under the guise of a biopic,” he explains. “It could be a coming-of-age story, a dread-filled horror movie, and a heartbreaking family drama told through the prism of this young women’s tragic life.”

Originally from Torrance, California, Yarborough spent a lot of time watching movies as a kid and was particularly inspired by the original 1933 version of King Kong, along with Quentin Tarantino’s Reservoir Dogs and Pulp Fiction. His favorite directors include Tarantino, Stanley Kubrick, and Martin Scorsese. “The most inspiring trait for me shared by all three is an attempt to subvert and push boundaries within whichever genre was their point of focus, and filtered through their own singular artistic aesthetic,” he says.

While at UC Santa Cruz, Yarborough majored in film and was especially influenced by the class “Working in TV and Film” that was organized by Lecturer Loren Steck. “Almost all of the lecturers in the class were very inspiring to hear,” he says. “It was extremely enlightening for a student anxious about his immediate next steps after graduation.”

Through that class he also was able to obtain his fist, and very fortuitous, internship, working with film producer, Gail Katz, who had served as a guest lecturer. (Katz was an undergraduate at UCSC/Porter College before transferring to UC Berkeley.) “I feel very indebted to Mr. Steck for helping me foster that connection!”

Yarborough also sites Professor Peter Limbrick as being one of his favorite teachers due to his infectious passion and respect for film. “He exposed a lot of corners of foreign cinema and film criticism that I was very oblivious to – areas that I’m certain I would not have gotten around to discovering on my own,” he says.

"Nick showed from early in his UCSC career that he was serious about understanding every aspect of film, from story to production to interpretation,” says Professor Limbrick. “He excelled in his senior seminar with me and, after advising his stellar Hollywood internship, it's no surprise to me that he's graduated so quickly to writing a high-profile feature film script."

After graduating, Yarborough was hired by Gail Katz, who he had worked for as an intern. That experience also gave him access to other people’s scripts so he could learn even more about his craft. When it came time for him to start putting his own work out into the world, he submitted Letters from Rosemary to the Nicholl Screenwriting Fellowship Contest where it was honored as a semi-finalist and thus gained a lot of additional attention. 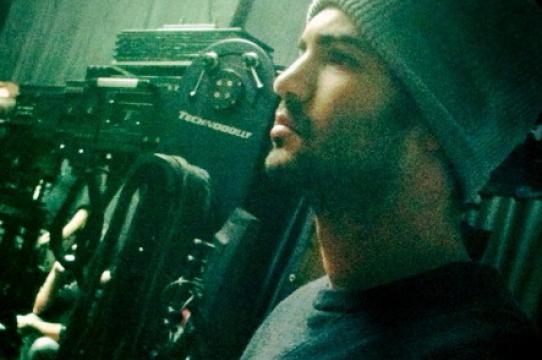 He then entered it on the Black List website (a year-round screenwriting competition) and received extremely positive feedback, which in turn drove the Black List to propel the screenplay towards influential industry contacts. All of this took place within just a couple of months and also led to Yarborough being signed with managers who sent the script to film producer Greg Lessans (Weed Road Pictures). Lessans, impressed with Yarborough’s screenplay, championed it and sent it to the very prestigious William Morris Endeavor talent agency, which led to Anonymous Content producing and Emma Stone taking the leading role.

Tony-winning theater director Sam Gold will be directing and the actual production schedule is being decided.

While writing Letters from Rosemary, Yarborough had many literary influences in terms of tone and how to form his main character, including The Catcher in the Rye, Flowers for Algernon, and short stories by Joyce Carol Oates. His process involves spending at least a month deeply researching his subject.

“After I feel like I have a solid grip on what the movie will look and feel like, I begin writing the first draft,” he says. “I try and write one scene or two in the morning, then rewrite these pages in the afternoon, then try and return for a third round of refining at night. I do this every day until the first draft is done.” He also has a special playlist of music that keeps him company throughout, and also informs the eventual momentum and emotional tone of the script.

Yarborough advises beginning screenwriters that it’s extremely difficult to sell screenplays and get them produced. “In my specific case, I wrote my first screenplay at age 16 and basically kept at it for ten years,” he says. “But it’s just a matter of continuing to push your material out there and, hopefully at some point, other people will connect with and love something that you’ve created enough to really put themselves and resources behind it.”

“The worst thing you can do is have material sitting in a drawer..."

He wisely adds that a new writer can’t control when they’ll get their big break, but can control how much effort, discipline, creative passion, and material that they generate. “It’s important to be putting your material out there as much as possible – allowing any opportunity for your work to be discovered by whoever may be that connection toward helping materialize your ambitions,” he says. “The worst thing you can do is have material sitting in a drawer…always be looking for avenues where your work can find an audience while also working on your next project.”

Now living in Santa Monica, California and looking forward to seeing how his first produced screenplay unfolds, Yarborough enjoys spending his free time watching movies, reading books and comics, hanging out with his friends and family, and listening to as much music as possible.

"You Can Write Any Movie That You'd Like to See"

His top ten favorite films are Pulp Fiction; Boogie Nights; The Good, the Bad, and the Ugly; Goodfellas; Bringing Up Baby; Rosemary’s Baby; 2001: A Space Odyssey; Elmer Gantry; Freaks; and Taxi Driver. He reminisces about a fun night at the Del Mar movie theater in downtown Santa Cruz when he was a junior. “During Pulp Fiction, people went really crazy. As any self-respecting Banana Slug is aware, John Travolta’s character wears a UCSC t-shirt in the latter third of the movie. So when that moment came onscreen, the entire theater went wild!”

For aspiring UC Santa Cruz screenwriters, he offers: “No matter what discipline or creative route you are pursuing during your college years, I think taking advantage of your free time to explore your craft and begin your journey can be invaluable….As long as you have a pen, paper, discipline, effort, and imagination, you can write any movie that you’d like to see.”