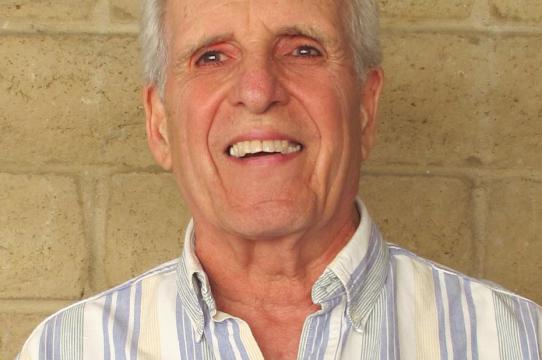 You can read the story of Professor David Kaun’s life through his philanthropy: his passion for music; his commitment to education, teaching, and students; and the sheer joy he takes in giving back.  “It’s wonderful fun,” he said in describing his experiences as a donor.  “I’ve helped some students, which is really a great pleasure.

Prior to Professor Kaun joining UCSC in 1966, where he is still an active member of the Economics faculty today, he was affiliated with the University of Pittsburgh and the Brookings Institution.  His major research interests were in the areas of the quality of work and higher education, the ideological basis underlying economic paradigms, military defense procurement and defense industry contractor behavior, and an analysis of the impact of conservative "think tanks" on public policy.

While preparing to teach an economics course, he came across an article written by Andrew Carnegie, titled: Wealth, in which the author argued there are three basic actions individuals can take with surplus wealth: leave it to their families, and run the risk of “ruining” their children; leave it to the government, and be un­able to control how it is used; or spend it and give it away during their lifetime, an action Carnegie called “the true antidote for the temporary unequal distribution of wealth.”  To Kaun, this made eminent sense.  “I do believe that the only intel­ligent thing to do with your money is to spend it in the ways you want, and to do some good in the process.”

David's passion is exposing and engaging youth in the Arts. His primary areas of funding to UCSC include:  The David E. Kaun Stevenson Rainbow Theater Endowment, merit scholarships for the UCSC Resident String Ensemble, and the Albert and Sara Kaun Chamber Music Endowment at the University Library.  When asked why he supports the Arts at UCSC, he replied, “There are two reasons.  I've spent close to fifty years of my life here at UCSC, and don't seem to want to quit.  Must be a cool place to "work."  And I'm totally persuaded that if the world is ever going to find its way to understanding and joy for everyone, it will be essentially through the arts.”