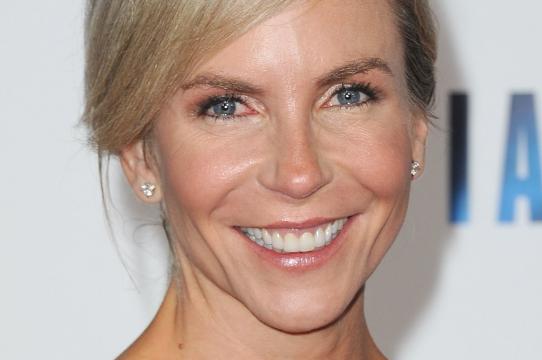 A graduate of UC Santa Cruz, Noxon currently lives in Hollywood with her two children and continues to be an outspoken philanthropic supporter of the Arts Division at UC Santa Cruz, personally supporting the Arts Fund for Excellence.

She is a versatile writer/producer who works fluidly through genres and mediums, launching into the film arena with the release of Dreamworks/Disney’s I Am Number Four, followed by Dreamworks/Disney’s Fright Night. Noxon has established herself as an in-demand creative voice, excelling with character-driven genre films that appeal to a broad audience.

Noxon’s feature debut, I Am Number Four, was released in February 2011.  The Dreamworks film, which she adapted from the popular novel, stars Alex Pettyfer, Dianna Agron, and Timothy Olyphant.  She followed this with Dreamworks’ Fright Night, a reimagining of the classic cult horror film, which opened in August 2011, staring Anton Yelchin and Colin Farrell.  Additionally, Noxon is currently developing The Glass Castle, based on the best-selling memoir, for Lionsgate.

She has written and executive produced for many critically acclaimed television shows including Buffy the Vampire Slayer, Grey’s Anatomy, Private Practice, Brothers & Sisters, Point Pleasant, and Still Life.  She has also acted as consulting producer for Mad Men, Prison Break, Angel and Glee.  Current projects include Proof, a scripted pilot project she is co-writing with M. Night Shyamalan (The Sixth Sense) that she will also Executive Produce.  She is also in talks with Showtime Network to develop a semi-autobiographical half-hour comedy called Guide To Divorce in which she will also be Executive Producer.

Noxon was honored in 2011 with the UCSC Film department’s first ever Alumni Achievement Award, where she was quoted as saying:

“No one can deny that our UCSC experience was life changing, and that today we are successfully working at our craft because of that experience.  I personally have not celebrated that pride enough, so I have made a gift to the Arts Excellence Fund to help develop and support the divisional visiting artists project, which also supports scholarships, internships, symposiums and special needs.

I ask only you JOIN ME and MAKE A GIFT.  Give what you can.  No gift is too small.”