Gustavo Vazquez: Filming on the Margins 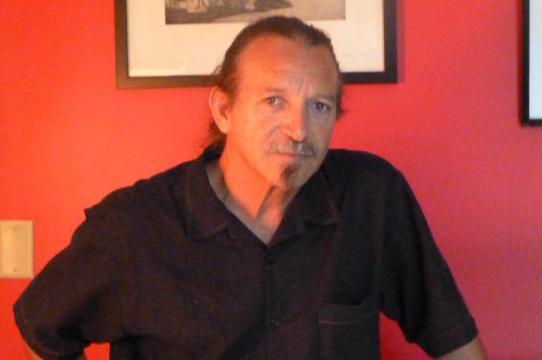 Filmmaker Gustavo Vazquez focuses on the colorful edges of human engagement. When he's not teaching classes in the Film & Digital Media department, he is as likely to be in the high Andes as in a Bay Area gallery or the wrestling rings of Tijuana. For his most recent documentary Vazquez tracked the unlikely creativity of rural Peruvian firework-makers whose folkloric displays blend village ritual with explosive danger. The result was Jugando Con Fuego, a film lined up for the independent film festival circuit. Mexican masked wrestling in all of its cult improbability was the subject of another recent Vas\zquez documentary. His subjects have ranged from film maverick George Kuchar to the wry border-crossing critique of The Great Mojado Invasion.

Vazquez has made documentaries for Mexican television and recently teamed up with Ant Farm collective founder Chip Lord for a cinematic exploration of Mexico City in El Zocalo. Born in Tijuana, Mexico, Vazquez has studied film, made films, and taught in the Bay Area for the past thirty years. Que Viva La Lucha premiered in 2007 at the Mill Valley Film Festival. Clearly at home with cross-cultural fringe characters as well as with documenting gritty corners of Latin American culture, Vasquez uses his bi-lingual imagination to explore trans-cultural visual phenomena. His personal experience of crossing borders inflects his films of class and culture with enervating tension.

"I work in two areas" Vasquez explains. "Experimental video installations—my 'art' which goes into galleries and museums." Vazquez' art filmography is epitomized by “Glance” a nine channel video installation, created in collaboration with music composer Guillermo Galindo and exhibited at the 13th International Symposium of Electronic Arts festival. "The other emphasis is documentary work, which I make more for film festivals and university screenings."

Vazquez' ethnographic work has taken him along with laborers and visionaries outside the status quo of urban culture. "That's what I focus on—working class dreamers.  They are people who create spectacle, ritual, celebration. These are risky endeavors." Vazquez is clearly sympathetic with gritty lifestyles. "They have a passion.  I like to work with people who follow their hearts. Archetypes not stereotypes," he grins. "In many latin american cultures, there's not a big distinction between past and present, they co-exist," he adds, "the Pre-Columbian along with the contemporary popular culture."

Vazquez' vision is to frame the working class subjects with dignity.  "That's where I come from, the working class. As a new immigrant I can look at both north and south, both sides." He uses the metaphor of "reverse anthropology—looking at the north critically, in an ethnographic mirror." Admitting that as he's matured, his work has become less complicated, Vasquez keeps his focus on documentary integrity. "I don't think about the market. Or distribution.  I make films, it's my life."

Vazquez loves the brainstorming involved in launching a project. "The La Lucha film started as a phone call," he recalls with relish. "My last project used a crew of two—there's really an ethics of trust required when you work deeply with communities." Like many documentary filmmakers, Vazquez travels with his subjects and stays close to the center of their working strategies. "I'm definitely a participant documentarian."

Vazquez freely admits that he works with digital images rather than film.  "I never got nostalgic for celluloid.  I don't need a Mercedes to get there, I can get there in a Datsun. I don't even have a camera right now," he confesses. "I work my equipment to death—my last camera died about a year ago." Having just completed Jugando con Fuego, a joint venture made with former Arts Assistant Dean and ethnographic author/photographer Keith Muscutt, Vazquez is in the process of "launching it into the film festival circuit."

"Retirement, "Vazquez believes, "is not a concept for an artist."