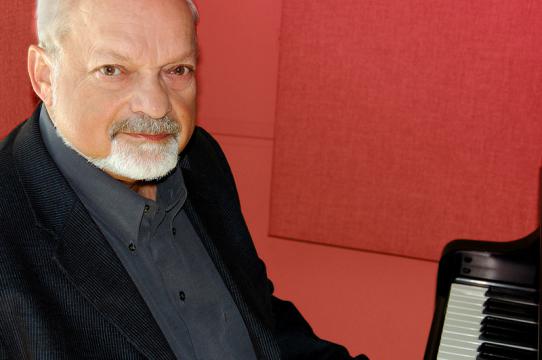 Released last year, The Performing Style of Alexander Scriabin, marks the climax of a decade of detective work on the part of author/music professor Anatole Leikin.  A specialist in Romantic performance practice, the Russian-born Leikin admits that the book is the culmination of a search for evidence of the controversial composer’s actual performance style. Scriabin, whose challenging etudes and sonatas are considered masterpieces of the 20th century piano repertoire, was wildly popular during his short lifetime. Originally influenced by Chopin, the Russian composer became entrenched in theosophy and mysticism by the turn of the 20th century, and experimented with atonal musical structures akin to those explored by Schoenberg. Leikin spent years combing private collections and museum archives in order to reconstruct the way that Scriabin's music might have actually sounded when played by the prolific maestro himself.

Composing in the early years of the 20th century, Scriabin's work could not be recorded clearly or accurately.  How his music was intended to sound remained shrouded in mystery. Hence, Leikin had to rely on rolls of perforated musical scores that contained the nuanced notes and directions from Scriabin himself.  The Scriabin scrolls, created by the composer himself,  were rare and worked in much the way that player piano rolls of the 1920s and 30s did.  Many were missing, and there were few pianos still remaining capable of playing these rare scrolls.

Knowing that the rolls were the key to the only accurate recreation of the composer's style, Leikin tracked down two forms of the Scriabin rolls, one set made in 1908, and another set in 1910.  This latter set were the most valuable. "My collaborator found the first rolls in a private collection in Russia," Leikin recalls. Then Leikin began tracking down more, finding some in Sweden, others in The Hague, and still more in London.  What he found had been stored away, but not catalogued. A genuine musicological muddle. Eventually he hit the jackpot and found the last rare piano scrolls in an archive halfway across the world.  What did he do?  "I xeroxed them!" he chuckles.  Then the laborious task of transcribing the copies began.  "It took an entire summer to transcribe two sonatas!"

Anatole Leikin was smitten with Scriabin’s style when he saw transcriptions in the early 1970s, while still living in Russia.  "It was so different from what was written in the printed scores. It was pure chance that I found them. “ When he juxtaposed the written scores with the transcriptions from the piano rolls, "It was a revelation. The tempo fluctuations were incredible." The resulting book—the labor of many years—is of great interest both to performers and scholars. “There are still a couple of lost pieces,” he says regretfully.  “Scriabin has often been criticized for being  too mechanical, too square. But he’s not.  The phrases he wrote are very elastic, and the music really comes alive.”

Leikin gives performance lectures all over the world, in which he illustrates his talks about how historical music was actually performed, with his own piano expertise. On October 28 he will perform in recital with two UCSC music colleagues, a trio for piano, oboe and French horn by Carl Reinecke. “He is now completely forgotten,” Leikin grins. “But the music is beautiful.”