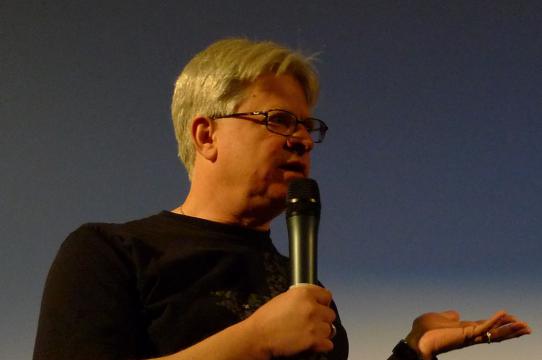 Ever since he was a child growing up in New Haven, Conn, Rick Prelinger has held a fascination with history, changing landscapes, and how places transform over time.

Now a world-renowned archivist, writer, filmmaker, and founder of the Prelinger Archives and the Prelinger Library in San Francisco, he’s also been a pioneer in making archives accessible to the public.

In 1982, while working as a researcher for documentary films, Prelinger started becoming interested in what’s known as “useful cinema” – films that have very defined agendas such as advertising, industrial, and education, and found that there was a vast body of material – almost half a million and all made in the U.S. – that no one else was collecting. “I realized that this was really important history,” said Prelinger. “So I started to make CDROMs and laser disks of the material, do talks and developed a public history practice. There were 200,000 archives, with 60,000 of them [consisting of] complete films with titles.”

"Where can we put film archives for free?" 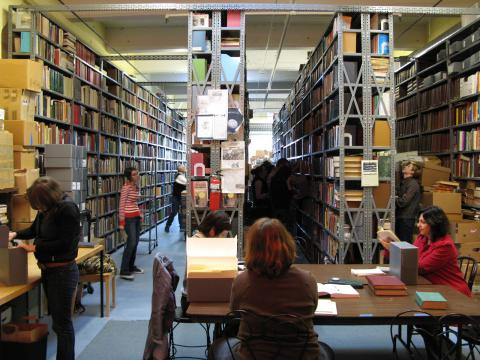 From there, Prelinger started thinking about how to store and make this film treasure trove widely available for others to enjoy and use. In 2002, his collection became part of the Library of Congress and he made the move from New York to San Francisco, where he met with Internet activist and founder of the Internet Archive, Brewster Kahle. “During our first meeting Brewster said, ‘Hey we were just sitting around at dinner last night wondering where we could put film archives for free,’” explained Prelinger. ”I came from New York where information was expensive and supposed to be expensive, so I didn’t know how to deal with that. I was a contrarian, but I ultimately realized that [Kahle] was probably right.”

They built a collection of free-access online film archives starting with 1001 titles. It now contains over 6,400 titles and stock footage is available for sale to help support the free archives. And even though Prelinger was wary at first about offering the titles at no cost, he discovered that this kind of unprecedented access brought many rewards. “It was an incredibly lucky move,” he said. “It brought us into a collaboration with hundreds of thousands of people around the world, who had downloaded hundreds of millions of archives. It’s still the only extensive downloadable archive of films from the U.S., freely downloadable and reusable. It just changed my life to give this stuff away – absolutely changed my life.”

“To enclose archives is completely wrong”

This unhampered access actually raised the value of the collection, and Prelinger had an epiphany that the highest destiny of an archive is to be consumed and to be heavily used.  “To enclose archives is completely wrong,” he said. “A lot of what I do now is talk to people about these issues, and how people can access them and what they can do with them.” He became very interested in the sociology of archival access and why ordinary people have a difficult time accessing primary historical materials. 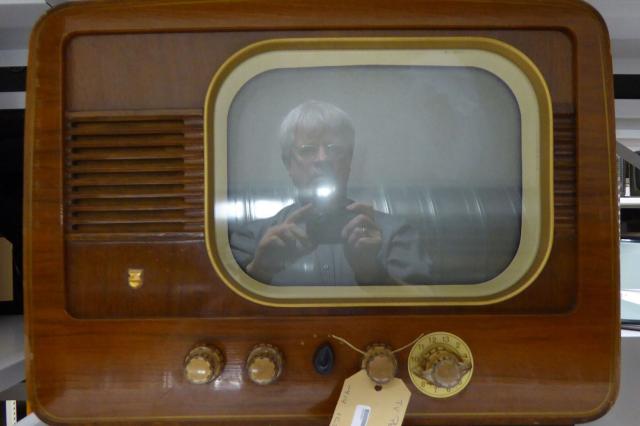 In addition, Prelinger and his wife, Megan, opened the Prelinger Library in downtown San Francisco 12 years ago as a place to house their collections of 19th and 20th century historical ephemera, periodicals, maps, and books that are not commonly found in other public libraries. It’s now a popular place for local and international artists, writers, activists and students to research, learn, gather materials and collaborate.

Delving into the history of home movies

Prelinger also has been delving into the history of home movies for the last few years and thinks of them as historical documents much in the same way as diaries and quilts. He has 13,000 items in his collection, which has lead to his No More Road Trips? series that celebrates home movies and the open road. A compilation of footage shot by hundreds of people starting in the mid-1920s, it traces a composite car trip from the Atlantic to the Pacific. “Home movies are fascinating,” said Prelinger. “They’re individuals recording something they love, a place, a ritual, a ceremony.”

Rare footage of years gone by

His other popular home movie series, Lost Landscapes of San Francisco with eight films and Lost Landscapes of Detroit with three films, depict rare footage of years gone by and are big hits with audiences, not only for their great historical interest but also because the audience members are encouraged to engage with the films and each other by calling out where places are that are shown on the screen, and share cherished memories. “Home movies are just so incredibly rich,“ said Prelinger.  “There’s no fixed meaning on them. Who’s photographed them? Why? Is it the father, the mother behind the camera? There are a million, really fascinating questions.” 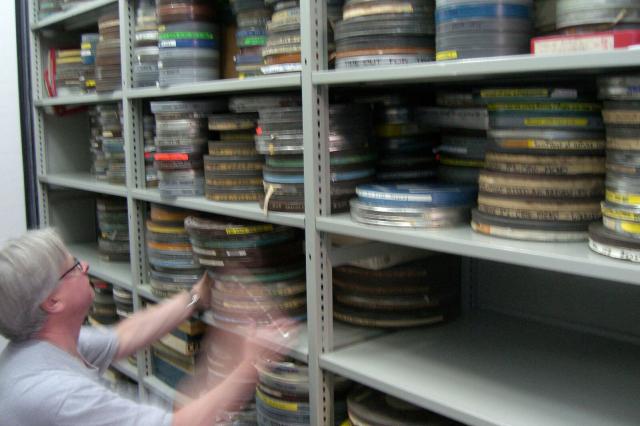 Having now started his second year teaching in the Arts Division in the Film and Digital Media department, Prelinger is looking forward to teaching courses including Found Footage, Copyright and Culture, and the History of Television. He wants to impress upon his students the importance archived material and its broader implications.

“I really enjoy U.C. Santa Cruz because it’s non-traditional and intellectual,” said Prelinger. “My colleagues have been tremendously welcoming, and the students are awesome…smart, inquiring, very forthright, fascinated.” He admires the cultural awareness of his students and hopes to increase their historical awareness as well so that they can use historical reference as a way to impact their futures.