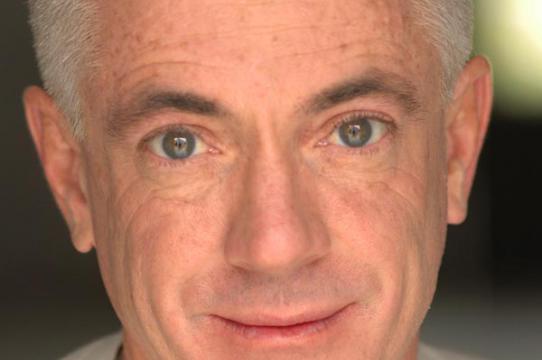 In a role literally made for his unique brand of comic genius, Danny Scheie recently opened in You, Nero on the Arena Stage, in Washington, DC. Having already performed the role with Berkeley Repertory Theatre and South Coast Repertory, Scheie again stars as Nero through January 1, 2012. "It's definitely easier when you've performed the role before" he admits.  Scheie describes Amy Freed—Nero's Pulizer Prize nominated playwright—as "very funny and smart and she likes language.  Seneca meets the Borscht Belt," he jokes.  "It's right up my alley, mixing those languages." Scheie finds it crucial to fall in love with his character. And to find out why he is funny. "People behaving badly are funny," Scheie insists. " You have to go back and find out why that character is good, or bad, or whatever.  Even apart from all the acting technique you have to make them loveable— and knowable. You have to love your character," he continues. "And this character Nero is hard. He's both serious and comic. And comedy is super hard." Clearly Scheie's heart belongs to comedy. At least for now. "Comedy is truth—laughter is immediate, undisguised feedback."  But, he warns, "if you play for laughs, then everything loses."

"Acting is a weird thing to talk about," admits the high-energy professor of theater arts. "The critic Mick Lasalle characterized actors as either apotheosis or chameleon types. Meryl Streep is a classic example of a chameleon actor—she subsumes herself inside a role," Scheie explains. "Whereas, oh say, Katherine Hepburn was an apotheosis actor. No matter who she was playing, she was always Kate Hepburn." Which brings him to his own dramatic style. "While I've been an apotheosis actor in the past, now I'm more a chameleon.  I fuse with the role." And that means that for the next two months Scheie will merge his personality with that of the infamous Roman emperor Nero, in a comic tour de force written specifically with him in mind.

"Sometimes I envy those who can do research in their house, at their computer.," he says. "But I can't. Acting is absolutely primary research.  I'm not writing about acting—I'm doing it." Besides, Scheie believes that his work "can bring prestige to our campus. In the U.S., where government doesn't supply money for the arts—unlike England, France, Holland, Canada—a public university has to step up and do that.  UC has to do what the state doesn't do for art." On the other hand "non-university theater," he points out, "is extremely commercial. It's always worrying about survival."

Scheie digs into his parts by doing research, some of it obvious, some not. "Yes, I do watch films. For example for Nero I watched the part as played by Laughton and  Ustinov. " For his last major Shakespeare roles—Feste, Bottom and Dogberry—Scheie received grants to study at the Folger Shakespeare Library.  "That helped me immerse myself in the plays.  Just submerging myself in all the literature and seeing what comes out. With Shakespeare," he continues, "there's the school of thought that you don't want to miss a trick—you want to go out and see all the productions you can.  But the pleasure for me is doing it on your own.  I like setting my own boundaries."

Baseball Stats and an iPhone

"I always wanted to act," Scheie admits cheerfully. "When I was a kid I wanted to be Julie Andrews!" For Scheie, "acting is the biggest high and it does no harm. I really love it so much, and I feel that I am working at the top of my game. I don't have to take parts for money," he notes. "I don't have to play understudy in A Christmas Carol."

Off-stage, Scheie turns out to be a baseball devoté. "I'm super into baseball, stats, TV, live games, everything. I've always liked it—but now it's an addiction. It's Zen for me—it takes me out of acting."

But when he's focused on acting,  Scheie admits he uses his iPhone to help him learn his parts. "For a part in La Bete, where I had a 25 minute monologue in rhyming couplets, I recorded the words"—he holds up his iPhone as he speaks—"and then played it back. That way I could hear the part, and hear what was not working.  Great writing sticks easily in the memory," he contends. "Bad writing doesn't stick."

What part would Danny Scheie like to play that he hasn't yet tried? Lady Bracknell in The Importance of Being Earnest," he grins broadly.  "And the Nurse in Romeo and Juliet."