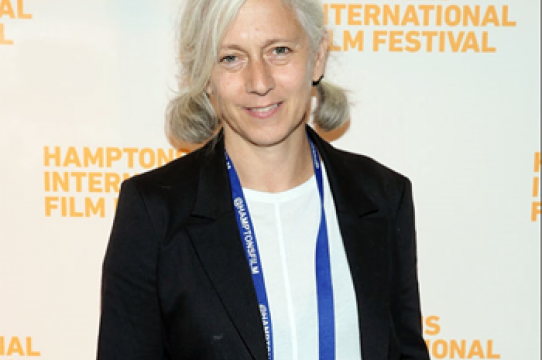 UC Santa Cruz professor of art Dee Hibbert-Jones has won a 2019 International Documentary Association (IDA) grant for Run With It, an animated documentary film she is currently working on in collaboration with San Francisco artist Nomi Talisman.

Run With It is one of 12 films selected this year to receive journalistic doc grants from the IDA. The Enterprise Documentary Fund, launched in 2017, supports feature-length documentary films telling “urgent, revelatory stories underpinned by rigorous journalistic approaches and exemplary artistic achievement.”

The awards were announced at the Double Exposure Investigative Film Festival in Washington, D.C. The 12 film projects will receive a total of $850,000 in direct funding, along with additional resources and expertise through IDA and its partners: Reporters Committee for Freedom of the Press, the UCLA Documentary Film Legal Clinic, and Freelance Investigative Reporters and Editors.

“These films, which were selected through an extensive review process, examine their subjects with a depth and artistry that is truly remarkable,” said Carrie Lozano, director of the IDA Enterprise Documentary Fund.

“While they are crafting radically different stories, what they share in common are sophisticated and nuanced approaches that are as insightful as they are gripping, provoking audiences to contemplate the contradictions and complexities of the modern world.”

Run with It tells the story of De'Jaun, a young black man on the Dean's List at Morehouse College, who grew up spinning quarters on death row with his uncle, Troy Davis. He also attended Amnesty International protests with his mother, Martina, who fought for 20 years to prove her brother Troy’s innocence. At 19, Troy was accused of killing a white police officer in one of the most controversial, racially charged cases to go before the courts. 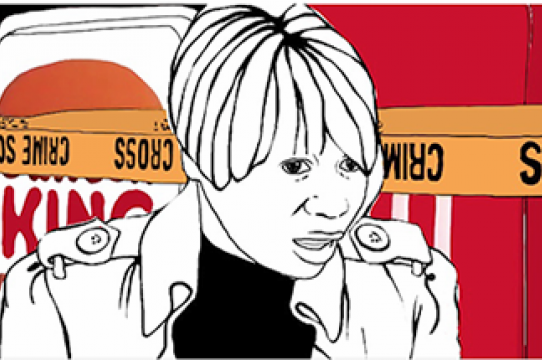 The multigenerational story is both a legal investigation into Troy’s case and an intimate look at the impacts of a death sentence on his family and the whole community.

Hibbert-Jones creates documentary films with Talisman that explore the crisis in the criminal justice system and the U.S. racial divide, blending animation, documentation, and the aesthetics of the graphic novel.

Their most recent animated documentary short, Last Day of Freedom, was nominated for an Academy Award for “Best Documentary Short” in 2016. It also received the International Documentary Association “Best Short” award, as well as a regional Emmy. The film additionally screened at 30 international festivals, and won 12 festival awards.

In 2016, she was honored with a United States Congressional Black Caucus Veterans Braintrust Award in recognition for her outstanding national commitment to civil rights, and social justice.