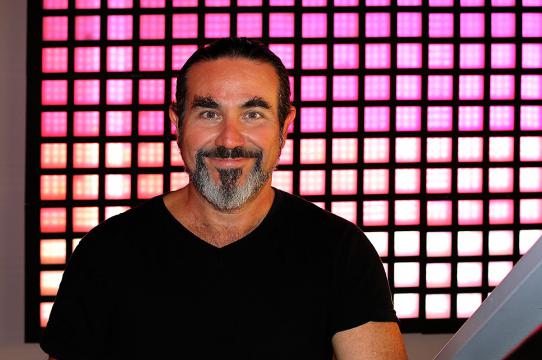 Associate Professor Edward Shanken’s distinguished career in both arts and academia has led him to take on the exciting role of Director of the Digital Arts and New Media (DANM) MFA program. He comes to UC Santa Cruz directly from the prestigious Rhode Island School of Design (RISD), where he served as Associate Professor in the Digital and Media MFA program. Shanken’s former academic posts include the DXARTS Ph.D. program at the University of Washington, the Master’s of New Media program at University of Amsterdam, and the Information Science and Information Studies program at Duke University.

Shanken’s research focuses on the historical entwinement of art, science, and technology, with a concentration on experimental art and new media. His interest in these topics started germinating when he was a child during the late 1960s and early 1970s. “I was breathing in this techno-utopian ethos of the moment, and some of my earliest memories are of the US space program,” he says. “As a kid, I was always drawing. My folks still have a self-portrait I made as ‘Eddie Spaceman” in my toy space helmet with a rocket ship in the background.” At the same time, he notes, “I was also very aware of the emerging ecology movement and concerns about environmental pollution, popularized by the “Crying Indian” advertisements on television  …I would see large smokestacks billowing black smoke and thought, even as a small child, ‘this is wrong!’”

"I thought we had landed on the moon!”

After an idyllic early upbringing in the suburbs of Philadelphia, Shanken’s family moved to Arizona when he was eight years old, which greatly impacted his outlook on the environment. “When we arrived in Arizona, I thought we had landed on the moon!” he laughs. “It took me a while to get used to it. I was really into sports and enjoyed being able to play outside all year.” But, he recalls,
“It wasn’t until high school that  I fell in love the desert and developed a profound connection with that extraordinary environment.”

When it came time for Shanken to envision what his own future would look like, he found himself not wanting the traditional family professional trajectory and was drawn to music and the arts. He chose to attend Haverford College in Pennsylvania, where he majored in studio art.

"...after my first drawing class I was hooked.”

“I didn’t have a clue what I wanted to study in college,” he says. “I had been playing the piano my whole life and rediscovered my love of art in high school but was completely untrained. Academic approaches to music were a turn-off but after my first drawing class I was hooked.” He also became fascinated with history and theory. “I’ll never forget my first art history class: the lights went off, the images came on, the professor began his lecture… it was totally magical.” After graduation, he worked in arts administration, managing jazz musicians in New York. “This was one of the most important learning experiences of my life,” he says. “I’m convinced that years of non-stop free jazz permanently wired my brain in unusual ways! I remain humbled by the brilliance and wisdom that was so generously shared with me. Music remains a vital generative force for me professionally and personally.”

To advance his career, he studied business. “I figured that if Andy Warhol was going to grad school in the late 1980s, he wouldn't go to art school, he’d go to business school.”  He chose the Yale because it had a great art school and the business school joined public and private management, which was well-suited to arts administration. “I was a bit of an odd-ball at the School of Management and I’m still not sure why they let me in! But the artists and art historians that I met there – both faculty and students - deeply impacted my career and remain some of my closest friends and colleagues. I learned a bit about administration too!

After finishing at Yale, Shanken had a rude awakening when he became enmeshed in the world of art business. He started his own art consulting firm but found that he disliked “the unbearably pretentious attitudes about art and the callous way people treated each other – it had nothing to do with art as I knew it, the integrity that I experienced working with musicians.” To remain financially solvent, he used his MBA to garner a position at Goldman Sachs, while moonlighting doing what he really loved: writing about art.

“Working on Wall Street wasn’t a good fit for me and was never going to be career trajectory,” he says.  But it also solidified his conviction that the arts were his true calling. “I realized that I knew a little bit about art, a little bit about music, and a little bit about management. I wanted to become an expert in something.” After receiving remarkably positive feedback from some of the artists whose work he had written about, he decided to go back to school and earned his Ph.D. in Art History from Duke University.

"I saw the future of art and I saw my future as an art historian.”

“When I started at Duke in 1993, the futuristic year 2000 was looming on the horizon. I had no idea what I was going to write a dissertation on, what topic could hold my interest for seven years, much less a career. At that time, Leo Villareal, who recently did the Bay Lights project on the San Francisco Bay Bridge, introduced me to Mosaic, the first web browser. Another Yale buddy, writer Keith Seward, had just published an amazing interactive CD-ROM journal – BLAM!  It was a Eureka moment: I saw the future of art and I saw my future as an art historian.”

Paradoxically, Shanken found himself studying the history of art but realizing that he was mainly interested in the future of art. “Jokingly, I started calling myself an ‘art futurian!’ But I knew that I had to understand the history of art if I was going to have a clue about what was happening in the current moment, to say nothing of the future.”

"...there were striking parallels with my own personal history..."

It was at this time that Shanken started looking at how artists throughout history had envisioned the future, and how they had incorporated the latest ideas and techniques from science and engineering. “And that’s when I realized there were striking parallels with my own personal history…all that techno-utopian rhetoric that I had absorbed in my early childhood was coming back around.”

He developed a keen interest in how technology impacts the creation and distribution of knowledge and culture. He started exploring art with respect to the philosophical and ethical dimensions of technology. “I came to realize that the emphasis on math and science in my education, the creation of NASA and the Internet in the wake of Sputnik, and the epic Apollo lunar landing in 1969, were inextricably bound with the larger geo-political and ideological struggles between the US and the USSR, the fight for technological domination during the Cold War and the Space Race, the war in Vietnam.”

Shanken became fascinated with how artists “build models of the future that allow us to sample them in the present.” The theorist of systems art, Jack Burnham, became a great inspiration, as did Roy Ascott, the British pioneer of cybernetic and telematic art. “Roy is a visionary artist, theorist, and teacher who introduced cybernetics into artistic discourses in the 1960s and telematics in the 1980s,” says Shanken. “He did a computer networking art project in 1983 – essentially a role-playing game - that involved remote collaborations between artists at eleven nodes around the world.” This was before the general public had access to the Internet, so they connected to a commercial networking system through dial-up modems. “There were no screens and the emergent collaborative narrative was printed at the local nodes on that kind of continuous computer paper with alternating green and white bars.” Although in 2017 this may sound very retro and nostalgic, Shanken interprets Ascott’s work as a “harbinger of the virtual relationships, role-playing, and collective production that characterize contemporary participatory culture – from Facebook to World of Warcraft to Wikipedia.” 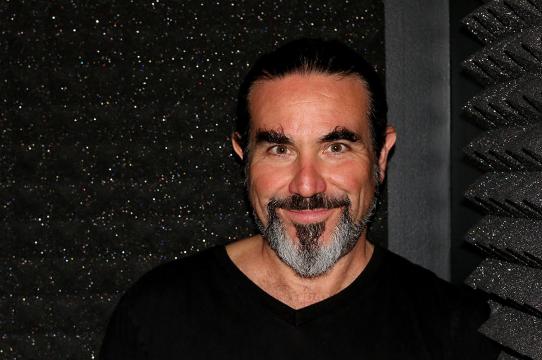 Now, as Shanken takes on his new director position in the Arts at UCSC, he also is looking forward to teaching. He sees it as an opportunity to collaboratively cultivate new ways of understanding knowledge, of sharing and developing ideas with people who will be creating our future. “My most exciting teaching experiences occur when I’m learning the most from my students and I find that their learning is maximal when that’s happening,” he says.

He’ll be co-teaching MFA Exhibition Production in the winter, helping second-year DANM students conceptualize and plan their thesis shows. Spring term he will teach a theory course, Dialogues and Questions in Digital Arts and Culture, and will co-teach Professional Development for the Arts.

“There are so many reasons why I chose UC Santa Cruz..."

His plans for DANM include increasing the number of MFA students and offering a three-year MFA option and possibly even a Ph.D., for which there’s been a lot of interest from both faculty and students. He’s especially enthusiastic about increasing funding, continuously updating and expanding facilities, and taking the MFA exhibition to an even higher level. “We just launched a new, mobile-friendly website, a major improvement in how the program interfaces with the world,” he says.

Being located in Santa Cruz has been especially rewarding for Shanken. “There are so many reasons why I chose UC Santa Cruz – the outstanding faculty…DANM’s superb reputation and distinctive curriculum and values…the challenge to build on excellence… the extraordinary natural beauty of the campus and surrounding areas… the buzz of innovation over the hill… the proximity of family, and the wealth of cultural opportunities in the Bay Area….”