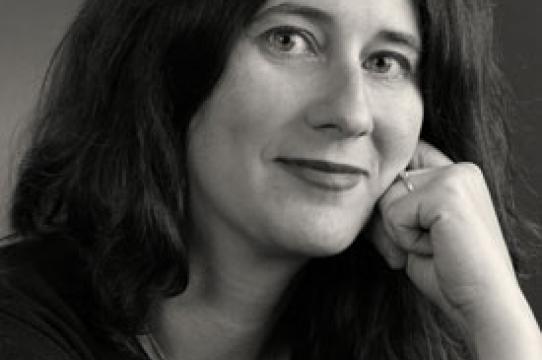 As an award-winning documentary filmmaker, Jennifer Maytorena Taylor’s filmography is especially impressive. Her insightful perspectives on people and circumstances that usually don’t have a voice in our society, have led her to examine difficult subjects via her discerning camera lens. From Paulina, the heartbreaking childhood story of a Mexican maid, to New Muslim Cool about a rapper and drug dealer who decides to come clean and convert to Islam, the stories she tells bring audiences to a new level of understanding about marginalized communities

When she was growing up between the hustle and bustle of sprawling Los Angeles and a peaceful, bucolic small-town lifestyle in Vermont, Taylor had her heart set on becoming a dancer. But fate intervened with an injury that would halt that dream and force her to take another look at how she could express herself creatively.

During her time in Vermont (without TV and before the Internet became mainstream), she observed how interesting it was to live in a close-knit community where people clearly affected each other. Seeing those various connections got her interested in how social situations impact people. “I wasn’t particularly interested in film or video then,” she said. “But after my injury, I was drawn to video because it moved and reminded me of dance.” She made music videos at first before turning to documentaries and character-based pieces where she could connect strong social content. “I wanted to focus on people whose voices you may not have heard.”

Taylor’s main influences on how to craft her films initially came not from other filmmakers, but primarily from dancers and musicians. “Growing up, I was influenced by dancers and people experimenting with dance, spoken word and performance,” she explained. “Twyla Tharp and what she did with David Byrne on The Catherine Wheel had a huge influence on me, as well as [dancer/choreographer] Paul Taylor [no relation], and [dancer] Trisha Brown.”

In the early 1990s,Taylor visited relatives in South America and spent time teaching in both Argentina and Brazil. She witnessed how her family was coping with transitioning to a democracy from a military dictatorship and how music was playing a significant role in their changing society. “I became an enormous fan of Brazilian pop music,” she said. “I was very intrigued by how this music was being used to influence democracy, especially in Argentina. This is where I got interested in how media can move social issues.”

Working with her colleague Vickie Funari, Taylor completed her first, critically acclaimed long-form film, Paulina in 1997. Based on the tragic story of Funari’s family maid, who suffered a freak accident as a child that led to her being sold by her mother into sex slavery and then to her determination to escape, Paulina is told from various viewpoints, leaving the viewer left to decide what version of the truth is the most valid. The film premiered at the Sundance Film Festival and became very popular at other major film festivals. The New York Times proclaimed it to be a “remarkable documentary about a Mexican maid and the childhood tragedy that shaped her life.”

While still producing at KQED, Taylor discovered what she has described as a “thriving Muslim hip-hop scene” in Oakland and was planning on making a film about the emerging American-Muslim culture happening there post 9/11. But then she came across one musician in particular, Hamza Perez, a Puerto Rican-American rapper who converted to Islam after deciding to quit dealing drugs. His compelling story became the award-winning, critically acclaimed documentary New Muslim Cool, about how Perez was spreading the word of Islam to at risk youth and prisoners via his hip-hop group. But the story took an unexpected turn when his community Mosque was raided by the FBI.

“I find that one project leads to another,” said Taylor. “When I finished New Muslim Cool, it struck me really hard how many people are incarcerated and who we incarcerate. That led me to projects about the effects of incarceration.” She is currently working on a project for Al Jazeera America called Daisy and Max about a couple – who couldn’t seem more opposite – from South L.A. who met on the job doing gang violence intervention work. Max is an ex-gangster working with gang members who are in jail, and Daisy is a victim of gang violence who became a therapist to help other victims. “I was supposed to cover them doing their work, especially since they had a new baby in the mix,” said Taylor. “But then the FBI literally broke their door down and took Max in on three-year-old charges. So the story changed again. This now is the second film where the FBI has raided my characters.”

In both cases where the raids happened, Taylor had expected much more vivid responses from her subjects. “I was waiting for the people to respond very dramatically and they didn’t do that,” she said. “They responded very internally, praying and meditating, which was very challenging for me as a filmmaker. It’s easy when big, dramatic things happen. What’s harder is when the stories are about processing events internally and then the story doesn’t conform to the typical arc.”

Aired originally on PBS’s POV program, New Muslim Cool garnered rave reviews. The San Francisco Chronicle called it a “spellbinding documentary…that gives us the full dimension of a Muslim American man.” And Muslim film writer Irfan Rydhan said in his review: “I highly recommend everyone to watch New Muslim Cool, even if you are not Muslim, because it shows a part of America, which many people do not normally get to see – that of young American Muslims who are doing positive work in their community and who genuinely care about improving not only their own lives, but the lives of everyone around them for the better!”

Documentary filmmakers who have had an impact on Taylor’s approach to filmmaking include the iconic Maysles brothers (Gimme Shelter, Grey Gardens, The Love We Make). “I admire the giants of observational filmmaking, like the Maysles, and people who take a simple approach to filmmaking that is actually very complicated,” she said. “I really love films that fall between genres, films with non-actors, non professionals, hybrid genres.”

Taylor is now looking forward to being an Assistant Professor in the Film and Digital Media Department after having been a Lecturer in the department for the past couple of years. She’ll be working in the social documentation program, teaching production and digital media. “The social documentation program is the most perfect academic expression of the kind of work I do,” she said. “It’s very rigorous in terms of training students to do research based in the different academic disciplines.”

She works with her students to help them find their voice and guide them in taking a deep dive into their chosen subject matter. She also emphasizes to them the importance of not only telling a good story that is good for the audience and good for social justice, but also the importance of having that message be beautifully produced and entertaining. “Is everyone going to make a theatrical length film? No, but that’s not necessarily where work is happening,” Taylor points out. “There are a lot more outlets now for docs – Hulu, Netflix, HBO – the New York Times is doing regular video content – there are so many places for video/film content.”

Taylor’s been very impressed with how creative her students are and credits UC Santa Cruz with attracting undergraduates and graduates who are individualistic thinkers and fearless in their approach to their work. “I try to encourage whatever professional path my students want to follow,” said Taylor. “They do some really good, interesting stuff and are not afraid to push boundaries. I’m always excited when students want to enter the film industry. Because I think, ‘good, go for it’, we need more people like you in the industry!’”