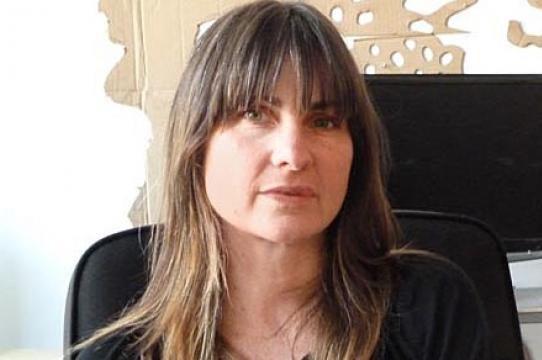 Artists deal in making ideas visible. Science works with conceptual data, with ideas often inaccessible to non-scientists. Why couldn't art and science collaborate more creatively in order to uncover each other's mysteries?  At least that's what electronic sculptor Jennifer Parker wondered a year ago. And the result was OpenLab, a laboratory housed in the former foundry at Baskin Arts, where students and faculty from across the campus can come to engage in creative play.

As the "art" mastermind behind the current "Art+Astrophysics 2011" exhibit, Jennifer Parker is currently busy translating visual protocols into scientific metaphors. No stranger to the idea of technological collaboration, Parker, along with California College of the Arts professor Barney Haynes started up an art/tech thinktank called  SonicSENSE in 2008. The idea here was for digital media, new technologies and classical art approaches to make space for each other. Using this mixed genre research platform as a template, Parker launched into OpenLab on the UCSC campus.

Her work gains traction at the exact point that science needs visibility and accessibility. In league with astrophysicist Enrico Ramirez-Ruiz, Parker helped launch a laboratory in the UCSC Arts complex where students—and faculty practitioners—of art and science could work together. And the results seem to begin at the far edge of the sorts of interactive museum displays and interpretive guides familiar to those who have visited the Monterey Bay Aquarium, or the San Francisco Exploratorium. OpenLab is a place for art and science to encourage each other and make discoveries, to tap into new ways of framing and solving conceptual problems.

“I was the kid who installed the bookcases at home," Parker recalls. "At the age of three I was making toilet paper installations, and at five I created an entire wall shelf of cubicles. I guess it’s a kind of taxonomy, a kind of systems thinking." She credits her Waldorf high school education and the College of Creative Studies at UCSB with helping to create an environment in which individuals can then flourish uniquely. And she hasn't stopped.

Of her recent exhibit Art+Astrophysics 2011, created from last summer's OpenLab Summer Institute projects, Parker says, "This work shows what’s possible when you allow for cross-disciplinary research opportunities for faculty and graduate students. " OpenLab's inaugural exhibition featured an interactive sound and visualization of spectral shifts in the Milky Way, as well as the visually dazzling star bowling game. "OpenLab deals with a different way of knowing something. For example "Moonsplat: Did the earth have two moons?" – we’ve made that into a 3-D zoetrope that can help us know something different about numbers by seeing them built out."

"The core of this show," OpenLab's co-director explains," is about how we teach, about solving a problem that then gets tested in the world. Our facilities up here at UCSC should allow that—peer-to peer-teaching and learning. We have affiliated research groups linked to our website," Parker points out. "We want to attract industry as well as academics." And Parker has done just that. MakersFactory is a 3D printing facility that has just opened in downtown Santa Cruz. Now they're one of our partners.  They have a 3-D printer, so instead of sculpting a new product, it can be printed in 3-D," she explains.

Artistic Investment of Time and Energy

"I have always been an organizer and a collaborator, creating alternative venues for art exhibition from flea markets to science fairs, trying to get new spaces and move away from the traditional art world. Mostly I feel it is time to be doing this – the timing is good. I think Open Lab shows what happens when you devote time."  Acknowledging that her approach is that of an entrepreneur, a creativity broker, Parker firmly believes that, " Art can ask questions without worrying about solutions in the way that science must. And as an artist and educator I feel an obligation to do that – otherwise I shouldn’t be here."

Time and energy. "It really had to be a 24/7 commitment.  SonicSENSE took three years to really unfold.  And now we’re doing site specific work for the Tech Museum, and the Bay Area Science Festival at AT&T Park.  We show up with lots of equipment – like a rock band setting up onstage, and then contact local talent and archives for site-specific elements."

Lots of time and energy. Parker always shows up for her students no matter when or where. Except Sunday. In her "spare time" Parker enjoys being a mom – “I don’t work on Sundays.”