Drama Beyond the Stage 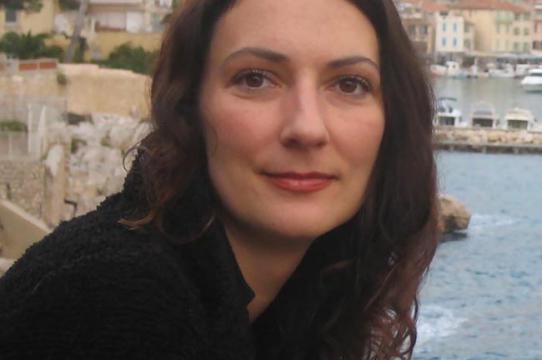 After 12 years of research on avant-garde dramatist Antonin Artaud, theater historian Kimberly Jannarone admits that she is enjoying new research projects.  "I feel that I could do a lot more, but frankly I would like to take a break from Artaud. He's an intense presence," she laughs. "I need to look at the brighter side." Jannarone's "brighter side" involves two book projects and a trans-departmental multi-media performance based upon Norway's favorite folkloric son, Peer Gynt. "Currently I am editing and writing the introduction for a book entitled Vanguards of the Right, about avant-garde artists who served the right-wing establishment. While it's mostly European oriented, one of the areas of study includes the opening ceremony of the Beijing Olympics." Crowds and spectacles have long engaged her scholarly interest. "The book contains an essay, for example, on 9/11 as a work of avant-garde art —in which it's argued that this event was an orchestrated performance designed to have a global impact." The idea for the book came out of Jannarone's work on Artaud, "who is usually associated with the left. Yet he himself didn't feel that his work served leftist causes—he believed more in a dark universal spirit."

In her second book project—The Crowd and the Theater—Jannarone will explore both theater history and performance studies. "It's a big project," she admits. "I expect to spend six years on it." This long-range project sprang from a few nagging questions. "Why do people throughout time feel the need for huge collective gatherings? Mass performance where they are all gathered in large numbers watching the same event?" The book opens upon the festivals of the French Revolution, "many of which were based on Rousseau's exhortations about getting together and singing and dancing." Current theory about crowd behavior and cultural anthropology will feed into Jannarone's explorations, she admits. "There are so many places to include."

"In the 19th century," Jannarone's research found "there was a craze for mass gymnastics. We've forgotten that. It began with the Germans who believed that gymnastics gatherings would help make big strong Germans. Then it spread to Czechoslovakia, where hundreds of thousands of Czechs would all perform the same movements together. Then it spread to Scandinavia." Orchestrated ritual movement — "keeping together in time" — became as big a national craze as Dancing with the Stars.

Her research took her from the "menacing aspect of crowd movement," to that sense of "belonging" that is powerful and strong in large-scale crowd events. "I think ultimately that impulse is amoral. It's not for better or worse," she speculates, "it's about being engaged in something bigger than ourselves." The book's conclusion will also address "how atomized—by contrast—our society has become." Today's crowds are more likely to be audiences, "engaged" in events from a distance, in isolation, and through the filter of digital mediation.

Troll Kings in the Redwoods

An ambitious Peer Gynt project—conceived as a multi-platform, moveable performance event, scheduled for March 2013—currently fills most of Jannarone's research agenda. Here's how it started.  "I was working on a DANM project "Stop the Press"— a collaboration with students. We made everything up from scratch. They had such amazing skills and talents," she recalls "and were able to use different media adaptable to a moving audience, such as sensors that initiated certain aspects of the event." It occurred to her that "with this technology we could stage all those notoriously difficult scenes in Peer Gynt."

The staging difficulties are as legendary as the story itself, "staging Henrik Ibsen's entire five-act verse play, which includes scenes between characters swimming alongside boats, and even an ephemeral shape-shifting bog that interacts with the main character." Rife with such magical scenes, Peer Gynt pushed the production limits of its time. "After all, it is a tale of a maverick youth who travels back and forth among different realms of consciousness, space, and time," she explains.  "It's as vibrant and yet psychologically dark as Norway itself." So Jannarone began thinking about utilizing the DANM technical innovations. "And we thought about having the audience moving from the Experimental Theater to the DANM building where there would be installations the audience could interact with." That was almost three years ago, she recalls.

The Nutcracker of Norway

"The same summer when I went on a research trip to observe various people's theaters, I also went to Norway to see the Peer Gynt Festival that happens every year. Actually there are two performances—one on a stage built underneath a waterfall. Another on a stage near a lake. As we all watched from the shore, two small specks became visible out on the horizon of the lake. They grew larger and larger, and we saw that they were two boats rowing closer to shore. And that was the opening of the play," she gleams. "The waterfall performance was the evening production—and since this is summer in Norway, that began around midnight." The forests in Norway enchanted Jannarone. "They felt different, they felt as though they really could be haunted by spirits."

Jannarone traced Ibsen's route—where he lived, where he wrote. "I visited his museum. I really immersed myself in the culture, the place, the forests.  I told Kate Edmunds about it when I got back, and she quoted Ibsen himself: "To understand me, you must understand Norway."  Which is why Jannarone and at least four of her collaborators on this project from UCSC will be conducting performance research in Norway this summer.

Jannarone likes to quote another theater arts colleague Danny Scheie—"Peer Gynt is such a big legend in Norway, that he's the Nutcracker of Norway." And next year Ibsen's Norwegian masterpiece will be transplanted to the dramatic—and digital—forests of UCSC.