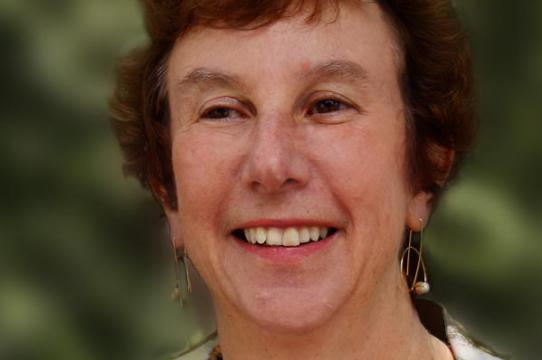 Laced with behind-the-scenes details that render her subjects fully alive on the pages, Music and Politics in San Francisco is the latest book from musicologist Leta Miller. An in-depth historical analysis of the "Paris of the West" from the 1906 earthquake up to World War II, Miller's manuscript covers a broad swath of Bay Area culture. "There's a chapter on Chinese opera, a chapter on the  jazz clubs," she notes, in addition to sections on the formation of the symphony, the segregated musician's unions and insider politics that shaped the city's cultural legacy. Through richly annotated pages Miller brings to life the vibrant and diverse scenes that made the city by the bay a "musical utopia" during the early 20th century.

The Paris of the West

"It was the Lou Harrison book I did sent me off in this direction," she explains.  "I had been looking at the atmosphere of the city as a whole." But little historical research had been done on the period before WWII, "and this time period is pretty rich." But even as she dug into preliminary research, a recurring mystery began turning up, one that launched the book's secondary motif — politics.

A recurring refrain turned up. "Plans for the Symphony had been started right after the 1906 earthquake. There was a need to rebuild the city and make it a world-class location.  And you couldn't be a sophisticated city without an orchestra." Yet the process simply stopped after all was ready to go. "Why?" she asks rhetorically. "Politics!"

Miller discovered the same pattern involved with the city's opera. San Francisco was a mecca for opera. "Productions would tour across the country from New York, through the major cities, usually for five or six days at a time. But they would stop in San Francisco - for two or three weeks!" she exclaims with wide eyes."  Why, she wondered, did the city command this sort of attention?

"What I began to notice as I did research was two strands," she contends. "One was a factionalism—lots of political in-fighting, like "who's going to conduct?" or arguments about the role of music, whether it an elitist thing?" The second strand was utopian. "The city genuinely inspired composers and performers alike."

Miller discovered a prime example of civic in-fighting involved the building of the War Memorial Opera House, "which was to be a memorial to the living, the veterans of the first war. It took a quarter of a century to actually build it, even though they had the money, the plans, the location," she discovered. "And just before building was to start, the Mayor shot it down." Why? Politics. One group argued that it would be a playground for the rich. Then the veterans got involved in the controversy. And the unions sued each other. It's always different than you expect when you start digging," she chuckles. "And that's always a good thing."

After "six or seven years work," the book was finally finished and sent off to University of California Press. At that point Miller admits to having had an "oh my god" moment—being without an in-depth research project was "scary," she admitted. So she took some time off and visited her daughter in London, who suggested that she embark on a biography of Pulitzer Prize-winning composer Aaron Kernis. "Here he was, a composer who had won the Pulitzer Prize and received the prestigious Grawemeyer Award," Miller says lowering her voice for dramatic impage,"and he was still relatively unknown. So I decided to do it.

Miller and Kernis had met years before at the Cabrillo Festival, and the woman who would become Kernis' wife had been a music student at UCSC.  "So I went to New York to interview him. I was after a chronology of his career, and also wanted to see the reviews—I wanted to know what other people thought about his work." What followed were days of combing through boxes of clippings and programs. "I worked as fast as I could, taking pictures of the programs and reviews, and making notes all the while." Pretty soon Kernis' life began to take shape.

"The problem with this sort of research is that you amass all this detail," Miller explains. "Most musicologists do that. But there is so much detail that then you must decide how much to include or not. Going through archives—doing interviews. You have to decide what to include - and sometimes people are simply incorrect in their recollections." She sits back and pauses. " Plus there's an even bigger problem: how do you write about somone who's still alive?" She is still working on her scholarly answer to this question.

She admits it's difficult describing Kernis' music. "He writes huge passionate, extroverted pieces. But in person he's introverted, quiet, speaks very slowly." The composer presents many challenges for the biographer. "His work is contemporary in its harmonies but is emotionally exuberant. Rooted in traditional tonality and forms — yet personally expressive, almost romantic." He has been characterized as an eclectic composer, she explains. "He had an anti-war period, and wrote memorials about the second Iraq war.  Pieces stimulated by his passionate outbursts against war would be followed by lighter pieces that were almost funny." Miller is clearly enjoying this challenge, and plans to finish up her research this summer.

After the Kernis book, which will be released as part of University of Illinois' American Composers series, Miller claims to have no immediate book-writing plans. "Perhaps a scholarly article about the San Francisco as an opera destination. I still don't quite know why that happened."Showing me the index of her San Francisco book, she points with pride to the fact that she included the birth and death dates of every single individual mentioned.

"Yes, I am a bit obsessive," she admits with an un-ironic shrug.