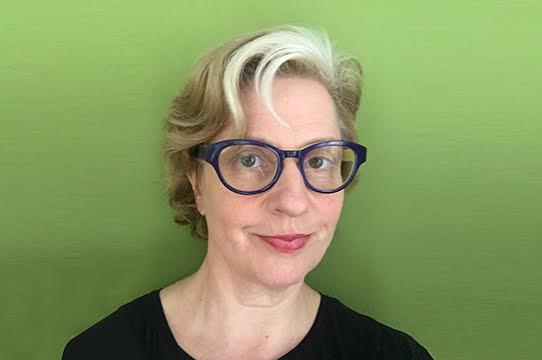 Founder and Artistic Director of The Builders Association, Professor Weems will bring an affiliation with her renowned experimental theater company to the campus.

Marianne Weems, theater and opera director, and co-founder and artistic director of the Obie-Award winning, New York-based theater company, The Builders Association, has recently joined the University of California, Santa Cruz as professor of Theater Arts.

“One year new to UC Santa Cruz myself, I am just thrilled that we have been able to attract an artist of Marianne Weems’ stature to join our outstanding faculty of practicing artists in Theater Arts,” said Susan Solt, UC Santa Cruz’s Dean of the Arts Division. “Marianne’s hire underscores our commitment to innovation and excellence as well as UCSC’s longstanding support of arts research into new media and digital technologies. Marianne will be a great asset to MFA students in our cutting-edge, interdisciplinary DANM (Digital Arts and New Media) program."

Weems’ last four performances had their New York premieres at The Brooklyn Academy of Music (BAM). Weems also has worked in various creative roles with Taryn Simon, Susan Sontag, David Byrne, The V-Girls, The Wooster Group (where she was dramaturg and assistant director in the early 90s) and many others. She serves on the board of Art Matters, a small but fierce foundation giving grants to individual artists. While working with Art Matters in the early ‘90’s Weems participated in founding Visual AIDS, the National Campaign for Freedom of Expression, and the Arts Forward Fund. She is the co-author with Shannon Jackson, UC Berkeley's associate vice chancellor of arts and design, of The Builders Association: Performance and Media in Contemporary Theater (MIT Press Fall 2015) and Art Matters: How The Culture Wars Changed America (NYU Press 2000.)

“Even though I’m new to this part of the country, coming to the Arts Division at UC Santa Cruz feels like a real homecoming to me,” said Weems. “What Dean Solt and the faculty and staff are doing at UCSC is nothing less than transforming arts education and the arts landscape as we know it. Who wouldn’t want to be a part of that?” 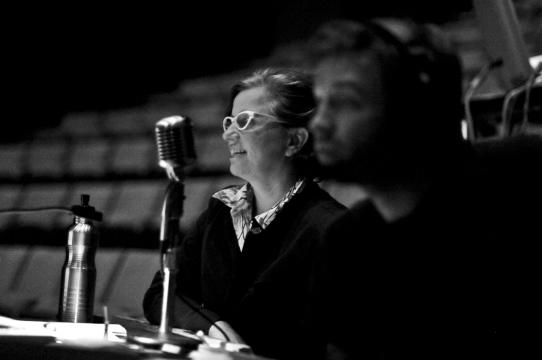 Weems added that she couldn’t have found a better West Coast hub for the now bi-coastal The Builders Association than UCSC. “For nonprofit ensembles like ours, it’s becoming increasingly challenging to survive without an institutional affiliation,” she said. “The choice is invariably between relying on the free market, which doesn’t always embrace challenging work, and the increasingly uncertain philanthropic landscape. The Arts Division of UCSC, on the other hand, is both supportive and stimulating—the ideal environment for creative collaboration.”

Her distinguished work has toured domestically and internationally to over 80 venues, including the RomaEuropa Festival, the Festival Iberoamericano de Bogota, the Seoul Festival, the Melbourne Theater Festival, Lincoln Center for the Performing Arts, the Whitney Museum of American Art, and the Guggenheim Museum.

The Builders Association, which Weems founded in 1994, has been recognized internationally as a leader in theatrical innovation for its  interdisciplinary stage performances and use of digital technology. Collaborating with architects, sound, and video artists, software designers, and performers the ensemble has created a significant body of work at the forefront of integrating media with live performance. 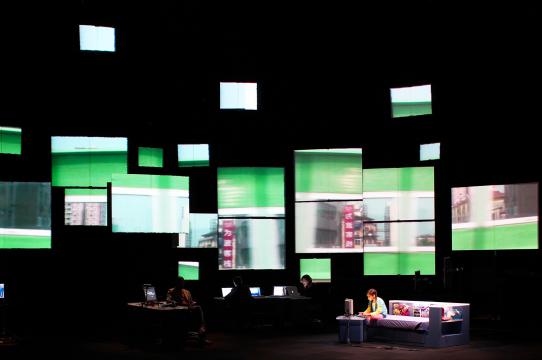 The group’s most recent production Elements of Oz, a critically acclaimed deconstruction of “The Wizard of Oz”, was one of the first theater pieces to use augmented reality and the audience’s own smartphones and tablets to stage what The New York Times accurately described as a “loose, loopy, and enjoyable seminar on the making of ‘The Wizard of Oz’ and its influence on pop culture.”