Raoul Birnbaum - Journey to the East 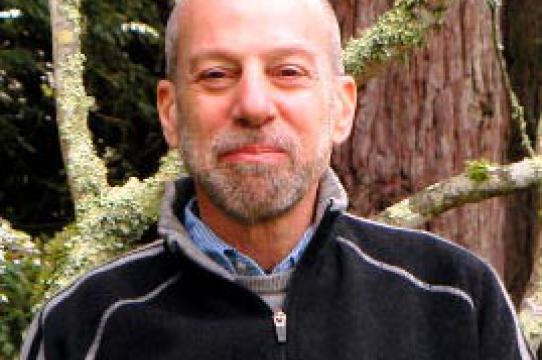 During his recent tenure as Hooker Distinguished Visiting Professor at McMaster University this academic year, Raoul Birnbaum was able to share a lifetime's research discoveries with students and scholars at one of the finest Buddhist studies programs in North America. As part of his prestigious Canadian appointment, Birnbaum presented two formal talks on his current research and a wide range of less formal seminars and discussions in October 2013.

"I worked on these talks for months," Birnbaum recalls. "I wanted to think through simple questions, like the term, 'Buddhist painting.' What are we talking about? If someone is a Buddhist monk and also a painter, what is going on there? What is the work that a painting wants to do? These are huge questions," he grins.

Professor and Patricia and Rowland Rebele Endowed Chair of History of Visual Culture at UCSC, Birnbaum finds himself increasingly engaged in understanding and explicating historically and socially situated views of the world associated with Chinese Buddhists.

"I'm an historian of religion who works with visual material, so I come to it from a different point of view than art historians, or anthropologists. I'm looking at a level underneath surface appearances."

Settling in on the areas of China and the Chinese in graduate school, Birnbaum found himself traveling in China for long stretches of time. "After university I went to Hong Kong looking for a Buddhist teacher—and I found a great teacher, a skillful teacher. My understanding considerably deepened and changed." In Chinese studies, Birnbaum contends, "it's really useful to do longterm fieldwork. I used to go again and again. Even so I'm incredibly aware of my lack of expertise," he admits.

"This field is so enormous. Only a fool says 'I'm an expert.'"

Californians are very interested in Buddhism, Birnbaum notes with wry delight. "But I try with my students to get them to listen to Buddhist figures of the past— to understand it not just from the cheerful California point of view, but in terms of what is important about the tradition that has survived."

Birnbaum's early publications centered on the Chinese traditions of mountain sites where devotees went for life-transforming visions. "I was doing fieldwork in China, Japan, Hong Kong, India. By 1986 it was possible to go to China—possible to go without being entirely restricted. I was interested in 8th and 9th century sites, old temples, in history." Staying with monastic communities on these journeys Birnbaum endured harsh physical conditions as well as rigorous discipline in Buddhist practice. "But the more I did, the more I realized I was with fascinating people with great stories to tell."

"I haven't stopped my interest in the mountain Buddhist visual traditions," he notes, 'but got excited by the present and recent past. The first half of the 20th century became important to me. Birnbaum's newest manuscript Buddhist Practice, Inside and Outside: Chinese Buddhist Approaches to Engagement with the World, will be released by Open Court Press next year.

"People's inner life is revealed in their brushwork, in their visible creation—this is a long-standing Chinese view," Birnbaum says. Hongyi's rich inner life, and how his expressive output changed at nodal point in his life forms the heart of the book, about two-thirds complete, that Birnbaum has in a sense been moving toward his entire research career.

"I've been engaged with studying him for fourteen years," Birnbaum reveals of his most important research subject. " I'm so glad I didn't rush into it. I've interviewed Hongyi's direct disciples, his grand children. There are volumes and volumes of his writings.  He wrote essays, he was a composer, he was an actor, and a poet. He did the first plein air painting classes in China.  He had a Chinese wife and a Japanese wife at the same time. He was in some ways very traditional, in other ways a quintessentially modern man."

"I got interested in him as a person. I kept bumping into him in my travels to China. Then I started reading his writings, about extremely intelligent philosophical questions on basic Buddhist matters.  I thought this was a great mind and a fascinating person," Birnbaum recalls. Hongyi was a huge cultural celebrity and then at age 38 he suddenly became a Buddhist monk. "He had changed. And that's the basic core of Buddhist practice," Birnbaum says. "Change."

After a philosophical crisis, Hongyi became a monk. "And then he became a great monk. I admire him."

In Birnbaum's estimation, "Hongyi is such an icon that part of the complexity of studying him is breaking through the myths about him—remembering that he is a man." Birnbaum is determined "not to study him as an example of something, not part of a social context—but as an incredible individual."

"If I weren't doing this," Birnbaum says without missing a beat, "I'd be doing music or physics." He pauses and grins. "I played woodwinds pretty seriously, and physics is so beautiful."