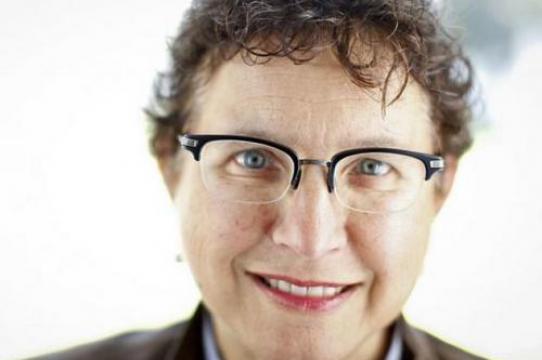 From the beginning of her distinguished career, B. Ruby Rich’s path to success has consisted of a series of incredibly fortunate and interesting connections and circumstances. But as Ernest Hemingway so famously said, “You make your own luck, Gig.” And Rich is no exception. Her passion for what she does combined with her intelligence and insight have no doubt been the driving force behind her rise to being one of our most respected film critics today.

As a professor in UC Santa Cruz’s Film and Digital Media Department and Social Documentation Program, Rich came to the campus 11 years ago after hearing about the SocDoc program then just being started by Community Studies and before its 2011 move  into the Film and Digital Media Department. “What has kept me here has been the students, and especially the SocDoc students,” she says. “We get these very magical students who still believe in a commitment to social change, who want to make documentaries to further those beliefs, and who want to work collaboratively with subjects.”

A prolific writer, and credited with coining the term “New Queer Cinema”, Rich has written for many top publications over the past years, including the Guardian, The New York Times, The Nation, and theVillage Voice, among others. She also has been the editor of the prestigious film magazine, Film Quarterly, for the past two years, and is the author of two books New Queer Cinema: The Director’s Cutand Chick Flicks: Theories and Memories of the Feminist Film Movement. In addition, Rich is a popular contributor to books and anthologies about film, including New Latin American Cinema, Volume 1 and more recently RIOT: Isaac Julien, 1983–2013, published by the Museum of Modern Art, New York

Originally set on being a poet, Rich grew up in Boston and attended Yale University, figuring that she’d get a PhD in literature there. But a fortuitous adventure in Europe changed her mind about wanting to only pursue academics and English literature, and turned her focus to archaeology. “I came back hating the pretentious English Literature Department and took refuge in anthropology and archaeology, which became my minor,” she says. “I studied with Professor Michael Coe [one of the foremost Mayanist scholars of the latter 20th century] and started going down to Yucatán and exploring ruins. I found this carving in Loltun Cave and discovered it had been misidentified, so I thought I was going to go into archeology.”

But then Rich fell in love with film and there was no turning back. A good friend of hers was a member of the Yale Film Society, and so she started hanging out there and made some money to pay her rent selling popcorn during their screenings, and discovered an entirely new interest. After graduation, she and her friend founded a film club in Woods Hole, MA and started a rep house for the summer, renting 16mm prints. “We had two projectors that we came by, let’s say, black market channels,” laughs Rich. “We built a screen out of Masonite and canvas, and we made a flag that said “Movies Tonight”, and we rented the community hall on Main Street on Fridays, Saturdays and Sundays. We’d show a different film every night…the Marx Brothers, Orson Welles…independent films. We’d dress in costume to match the films and give out free popcorn. We had a blast!”

Their summer project turned into a huge hit, allowing them to break even, but then her friend was given the opportunity to go to graduate school and earn an MFA in photography at the Art Institute of Chicago. “I decided to go with him and thought I was going to be a photographer, too. We got a big loft in Chicago and hoped to start a film society at the Art Institute.” Fortune smiled on Rich again since she found out that the NEA had given a grant to start a film institute there similar to the Pacific Film Archive in Berkeley. With the grant money, her friend was hired as the projectionist and she was hired to take tickets, eventually leading to an assistant’s position that grew over the next five years into the Film Center associate director’s job. “That’s how I learned film,” says Rich.

From there, she spent another three years in Chicago writing for The Reader, curating exhibitions around the country, teaching classes in women’s films and feminist film history before being asked to run the film program at the New York State Council of the Arts. While in New York, she also started writing for the Village Voice and continued to attend various film festivals. Then after 11 years there decided to make the move to California. “What brought me out here?” she smiles. “The wrong woman!” But, luckily, she eventually met the right one, and they are still very happily together.

“I started teaching almost by default,” says Rich. “I was trying to be a freelance writer and also doing radio….I was trying to make it all work. Edith Kramer at the Pacific Film Archive had heard I was moving out here and she called me and said, ‘Do you want to teach a class in documentary? I had a Russian teacher lined up but he dropped out due to something called ‘Perestroika’ because he’s afraid if he comes then he won’t have a career when he goes back there.’ So, I owe my whole academic career to Perestroika!”

Rich began teaching at UC Berkeley and found that she really liked it and the students, and is still in touch with many of them. During her time off from the school year, she would do other film-related work, including working for the internationally renowned Toronto Film Festival where she was hired to attend the Cannes Film Festival, look at work there and elsewhere, and curate an entire section of films for Toronto. “I discovered the film Whale Rider [2002]…that’s my big claim to fame,” she says. “No one knew anything about it. It was an open submission and didn’t even have a soundtrack yet or credits. I gave it the world premiere and it won the Audience Award.” The film went on to international acclaim, earning the lead actress Keisha Castle-Hughes an Academy Award nomination for Best Actress. (At age 13, she was the youngest nominee to date at the time.)

Rich also was part of the founding selection committee of the Sundance Film Festival before it got to be as vast as it is now. And she had been attending the Havana Film Festival since the 1980s, where she programmed a film series on American independent filmmakers in 1983. “I’ve just had wonderful luck with the things I’ve been asked to do and gotten to do,” she says. She’s also continued with writing and attending academic conferences. “My partner said that I was the only person she knew that had academics for a hobby!”

One of her favorite memories over the years was when she was at the Rio Film Festival in 1984, and introduced director John Waters (Pink Flamingos, Hairspray) to the legendary 1940/50’s actress/swimmer Esther Williams. Waters told Rich, “You have to introduce me to her. I stand for everything she most hates.” Rich introduced them: “She pretended that she didn’t know who he was. Or maybe she really didn’t…who knows?! She was still swimming a mile in the ocean in the morning – and drinking that much every night!”

As her non-stop career continues, Rich still enjoys everything that comes her way and still loves going to film festivals, as well as traveling. She was at the University of Hamburg recently discussing New Queer Cinema and gave one of the keynotes. “Der Spiegel [one of largest publications in Europe] asked if they could translate and publish it, so that was really fun,” she says. “What I hope to do more work on is how the viewing of film is changing and what that means for an audience, from public exhibition in movie theaters to individual devices. I’ve been looking at some new queer films and how they emphasize the individual instead of the group.”

Rich is especially impressed with her students at UC Santa Cruz and is dedicated to teaching. “It’s the golden age of documentary,” she says. “In the last three years, we’ve had FOUR students chosen for the Margaret Mead Festival in New York, and we had a student who was recently chosen for the Democracy Now! internship. The woman there said, ‘thank you for your [SocDoc] program…you’re send us great students!’”

Part of Rich’s philosophy of life is that things come around, and that nothing is really gone. All of one’s connections and experiences have meaning and significance, leading to something else that can someday change your life, or at least enhance it.

“When I teach, especially undergraduates,” she says, “I always say to them that everything in my life happened by accident. But if you don’t play in the traffic, you can’t get hit. If you sit smoking pot under a redwood, nothing’s going to happen.”