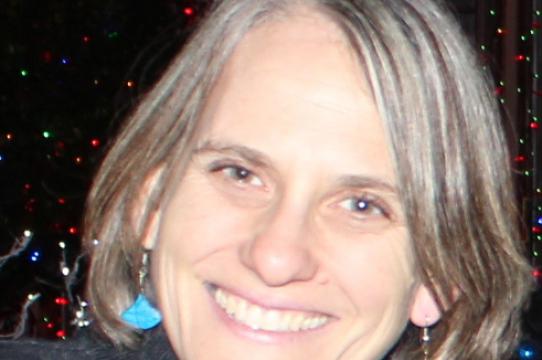 The Arts Division is delighted to welcome Stephanie Moore, as the new Grants Coordinator starting November 17.  As a former journalist, human rights investigator, academic researcher, and Fulbright Fellow, Stephanie Moore brings a wealth of experience to her new position in the Arts Division. Besides having extensive experience in grant writing and development, Moore earned a Ph.D. in History from UC San Diego where she taught East Asian History and Modern Latin American History. She also has also taught World History, Latin
American/Spanish Civilizations and U.S. Immigration/Latino History at Salisbury University, Maryland.  In addition, she has a substantial scholarly publication record.

Fluent in Spanish and Portuguese, Moore has lived in both Nicaragua and Peru and has traveled extensively throughout Latin America acting as a civil and human rights advocate, which eventually motivated her to raise funds for related causes. At her last position, as the Development Coordinator for the Japanese Peruvian Oral History Project, she wrote successful grants that allowed the organization to create an online, digital museum that analyzes the
incarceration of Japanese Latin Americans in U.S. internment camps during World War II. While at Salisbury, Moore authored a multimillion-dollar grant proposal to establish a scholarship and mentoring program for under-served youth from immigrant families.

Moore is thrilled to now be part of the Arts at UC Santa Cruz. “The UCSC Arts Division’s faculty is an impressive crowd,” says Moore. “As Research Grants Coordinator, I have the opportunity to make sure that faculty and graduate students receive the funding that their research, performances, and exhibitions deserve. The Arts Division’s emphasis on ‘the art of change’ is particularly compelling. I admit to being drawn to the unruly, to artists and activists who defy conventions and push the envelope of acceptability.”

Moore’s longstanding interest in Community Supported Agriculture (CSA) is another reason she’s excited about being at UCSC and joining the Santa Cruz community – not to mention that her spouse, Alexis, is a former Slug! Along with their two children, Ixchel and Adrián, they plan to enjoy all that the area has to offer, including biking, swimming, and backpacking. “I especially look forward to immersing myself and my family in the Arts Division’s cultural offerings,” says Moore. And the Arts Division looks forward to having Moore as part of the team.