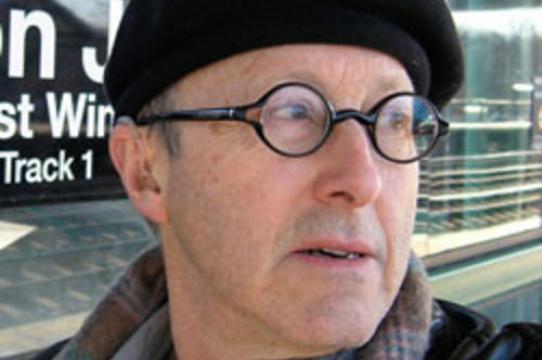 UC Santa Cruz Professor Emeritus, Chip Lord (Film and Digital Media) and Visiting Conductor and Professor Emeritus Nicole Paiement (Music) were recently given Edward A. Dickson Emeriti Professorships for the 2014-15 academic year in recognition of their outstanding contributions and achievements in artistic scholarship and teaching.

Chip Lord is a media artist who works with video and digital photography. His teaching interests include film and video directing, video theory and history, video installation, screenwriting, and documentary and experimental production. He received a B.A. and M.Arch. from Tulane University. As a member of the alternative architecture and art collective Ant Farm (1968-1978), he produced the iconic, internationally renowned video art classics Media Burn and The Eternal Flame, as well as the Cadillac Ranch roadside sculpture in Amarillo, Texas.

Along with teaching, Lord has worked independently and in collaboration producing video installations and single channel video works. His creative practice straddles documentary and experimental genres often mixing the two, and his works have been shown at numerous international film and video festivals, and museums. Lord was also a recent recipient of the UC Santa Cruz Arts Division emeriti award for Outstanding Post-Retirement Research. The accolade was in recognition of Lord’s current work that extends his concern for media and the environment by addressing the unique challenges we face in 21stcentury America.

Conductor Paiement was formerly the Director of Ensembles at UC Santa Cruz where she conducted the Orchestra, Chamber Singers and the Opera. With her University Ensembles, she has recorded various CDs and is also an active guest conductor. She received a B.M. at the University of Ottawa, M.M. at McGill University and D.M.A. at Eastman School of Music. Paiement also is the artistic director of the New Music Ensemble at the San Francisco Conservatory of Music and of Parallèle Ensemble, a professional ensemble dedicated to the recording of new music and of obscure music from all periods. She also received the 2013 Dean’s Eminent Professor Award from the UC Santa Cruz Arts Division.

Dickson Emeritus Professorship Awards are awarded annually and funded by an endowment from the estate of former UC Regent Edward A. Dickson. The professorships make it possible for the university to retain the invaluable services of highly accomplished, retired faculty members for the benefit of its students.