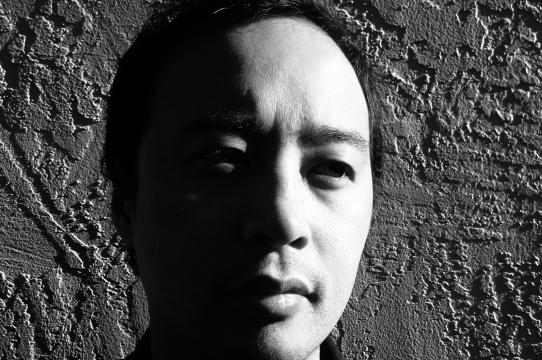 The recipients of this year’s UC Santa Cruz Distinguished Graduate Student Alumni awards are out in the world inspiring change and advancing science.

These outstanding scholars are leaders in their fields, advocating for the humanities, pioneering sustainable food practices, making breakthroughs in biology and statistics, and nurturing the careers of future composers.

Under normal circumstances, this year’s group of honorees would soon be returning to the campus that helped launch their careers as part of the Alumni Weekend celebration, which would have included an all-star panel and awards luncheon for these outstanding alumni.

However, this year’s celebration has been postponed to a future date after a review of the impacts of the coronavirus. In the meantime, UC Santa Cruz’s Graduate Division wants to share the stories of these far-ranging talents who have inspired their colleagues on campus, and gone on to contribute their skills and insights to the world.

The five graduate alumni honorees and the academic divisions they represent include the following:

William D. Adams has become an influential champion of the humanities since graduating from UC Santa Cruz. Looking back, he can see the way his time in graduate school has helped him in his career as an academic administrator.

“In particular, the breadth of my studies in the History of Consciousness program made it possible for me to understand and speak to individuals in all parts of the university—in the humanities, of course, but also in the social sciences and the natural sciences, as well,” Adams said.

“I’ve also found that interdisciplinary thinking and competence are valuable not only for understanding various problems in the world. They’re also a wonderful platform for working with groups of people from all kinds of backgrounds on all kinds of practical issues.”

Adams was chair of the National Endowment for the Humanities from 2014 to 2017.

While serving in this role, he initiated several new grantmaking programs under the banner of The Common Good: The Humanities in the Public Square. Upon leaving NEH, Adams was named a Senior Fellow at the Andrew W. Mellon Foundation, where he continued his national advocacy on behalf of the humanities.

Adams received his Ph.D. in the History of Consciousness Program at UC Santa Cruz and his B.A. in philosophy from Colorado College. He is currently working on a book about the French phenomenologist Maurice Merleau-Ponty and the painter Paul Cézanne.

He has gone far in his career since leaving UC Santa Cruz, but getting this recent honor has made him look back on the place where he got his start.

“I have very good memories of my time at UCSC, and to be recognized for my professional work by an institution I admire is very meaningful,” he said.

When V. Ernesto Méndez was looking for Ph.D. options, the Environmental Studies Department at UC Santa Cruz was his first choice. He wanted to work in agroecology with Professor Stephen R. Gliessman, who instilled a deep commitment to serve farmers and students in tangible ways, and to go beyond research. The program’s interdisciplinary focus allowed Méndez to thrive.

Méndez said his experience helped prepare him for his role as a professor of agroecology and environmental studies at the University of Vermont’s Environmental Program and interim chair of the Department of Plant and Soil Science, where he co-directs the Agroecology and Livelihoods Collaborative (ALC).

At UVM he is also a faculty member of the Food Systems Graduate Program, fellow and steering committee member of the Gund Institute for Environment, and active in a variety of initiatives related to diversity, equity, and inclusion.

At UC Santa Cruz, Méndez and his colleagues would grapple with the challenges of doing interdisciplinary research.

“I learned how hard it is, but also that it is worth it,” he said. “My graduate committee, made up by both natural and social scientists, challenged me to go deeper in both approaches. This taught me to be humble, but persistent and collaborative … Right now I am proud to say that transdisciplinary and participatory agroecology permeate all of my teaching, research, and outreach at the University of Vermont.”

He has over 25 years of experience working with farmers and indigenous communities in Latin America, and collaborating in agroecology efforts in a wide diversity of regions. This work has consolidated through the Agroecology and Livelihoods Collaborative, a community of practice that he co-directs with Martha Caswell.

Recently, these efforts have expanded across the world and currently include education and research initiatives in the Northeast U.S., Latin America, Africa, and Europe. He has authored or co-authored over 50 peer-reviewed articles and chapters, as well as edited three books. He was born and raised in El Salvador and maintains deep connections with his Central American roots.

Danesh Moazed’s graduate work had a transformative effect on the entire ribosome field, said his legendary mentor Harry Noller, now the Professor Emeritus of MCD Biology, the Robert L. Sinsheimer Professor of Molecular Biology, and director of the Center for Molecular Biology of RNA at UC Santa Cruz.

Moazed received both his undergraduate and Ph.D. degrees at UC Santa Cruz. During this time, he carried out research in Noller’s laboratory, working on the structure and function of the ribosome and publishing 17 papers in Science, Nature, Cell, and other prestigious peer-reviewed journals; in fact, he was first author on 10 of them.

“Danesh was an exceptional student, not only remarkably bright and creative, but unusually focused and hard working,” Noller recalled. “On top of all this, he was a pleasure to have as a coworker in my lab."

Moazed went on to postdoctoral studies at UCSF with Drs. Patrick O'Farrell and Sandy Johnson. While working in their labs, he made significant contributions to the understanding of cell development and chromatin. He went on to join the faculty at Harvard Medical School in 1998, and in July 2008 was appointed a Howard Hughes Medical Institute Investigator.

Moazed’s research now focuses on chromatin biology and epigenetic inheritance—how organisms pass on changes to the next generation through modification of gene expression, rather than through alteration of the genetic code itself.

Specifically, he studies how the formation, function, and inheritance of heterochromatin in the cell’s nucleus exerts epigenetic control over gene transcription and how these changes are inherited and maintained when cells divide. He works primarily in yeast and combines approaches from biochemistry and cell biology with proteomics and genomics.

A highly cited author, Moazed has published more than 150 papers. He was elected to the American Academy of Arts and Sciences in 2019.

Matt Taddy is living proof that a proud Banana Slug can make his way in the world of big data. Taddy works in statistics, economics, and machine learning.

From 2008 to 2018, he was professor of econometrics and statistics at the University of Chicago Booth School of Business.

Taddy ascribes much of this success to the solid preparation he received at UC Santa Cruz, with its multidisciplinary approach to learning, and the “engineer’s mindset’’ he gained here.

“I am super honored to get the award,” he said. “I’m also very proud to have a statistics Ph.D. from an engineering school, and the spirit of ‘building things’ has served me well throughout my career.”

In recent years, the phenomena of big data, data science, machine learning, and artificial intelligence have all risen to prominence.

In these cutting-edge fields, “a statistician is well served to have an engineer’s mindset,” Taddy said. “I got a lot more out of my time at UC Santa Cruz than just a degree in statistics. Through the open and multidisciplinary nature of the Baskin School, and the amazing collaborative culture that I encountered in the (at the time brand-new) Applied Math and Statistics Department, I learned that you don’t need to respect narrow academic boundaries and that you should seek out collaboration with partners who have very different skills and backgrounds.”

While at UC Santa Cruz, he worked on applications from fish ecology to climate research to aerospace design.

“This experience empowered me to dive into economics, an area I knew nothing about, when I joined the University of Chicago,” Taddy said.

In addition to his research work at Booth, he created their first class on big data, led the development of their data science curriculum, and was the recipient of teaching awards from both faculty and students.

Taddy has also worked in a variety of industry positions, including head of economics and data science for business AI at Microsoft, principal researcher at Microsoft Research, and a research fellow at eBay. He published Business Data Science in 2019 with McGraw-Hill, and is currently writing a book on leading through the adoption of artificial intelligence inside companies.

A graduate of California State University, East Bay, Vasallo completed his doctorate at UC Santa Cruz, where he found a nurturing environment that supported his artistic growth and interests.

“I’ve always felt like an outsider, and looking back at it, my professors really let me be who I was,” he said.

Vasallo’s primary composition instructor was David Evan Jones, who described Vasallo as “the most brilliant and accomplished composition student with whom I’ve had the pleasure to work .... I believe his work will continue to be recognized at the national and, going forward, the international levels.”

“He really took the time to understand my musical voice,” Vasallo said, describing his work with Jones. “In general, I think all of my teachers have also been my mentors, and that has influenced how I teach and mentor my students as well.”

“As a student, I was always looking for the next peak, the next goal … the next thing I could conquer. As a teacher, I help my students reach their peaks and goals. And nowadays, I get more pleasure witnessing my students succeed.”

Vasallo is the recipient of the San Francisco Classical Voice Music Educator Award 2013. His music is published by Santa Barbara Music Publishers and available on Innova Recordings and Unique Leader.

Vasallo is also a passionate martial artist. In fact, his dissertation at UC Santa Cruz—which focused on the philosophy of eclecticism—had a chapter on the martial arts master Bruce Lee. Vasallo practices jiu jitsu and teaches Muay Thai kickboxing at Danville Jiu Jitsu, Wrestling, and Kickboxing. He is also the creator and head instructor of the Muay Thai program at Global Martial Arts University.

He lives in Danville, California, with his wife, Denise, and their two children, Madison and Lucas.