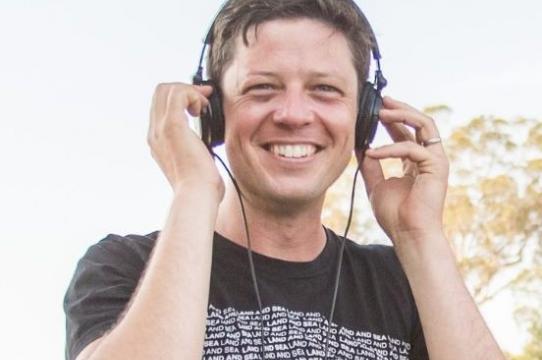 UC Santa Cruz DMA candidate in composition, Andrew C. Smith, composes music that involves intonation tunings, repetition, and language at the threshold of making sense, often connected to computational processes throughout the composition. He also is a keyboardist and executive director of Indexical, which focuses on long-running collaborations with experimental music composers, performers, and curators.

He has given performances and talks relating to his work with language and computation at venues such as the Workshop in the Woods (Dartmouth College, Hanover, NH), CEART (Queretaro City, Mexico), The Center for New Music (San Francisco), The Invisible Dog Art Center (Brooklyn), Stanford University, Bucareli69 (Mexico City), and many others. At the core of these performances and talks is a concern for algorithmic processes as both metaphor and tools.

“I particularly enjoy performing my own language-based work for solo speaking voice, and working closely with performers interested in alternative intonation strategies,” says Smith on his website.

Smith has been producing concerts and recordings since 2011, and under the name of Indexical since 2012 with David Kant (also a DMA student in the UC Santa Cruz Music Department) and Beau Sievers. He has produced events at Carnegie Hall, Lincoln Center (Alice Tully Hall), Bohemian National Hall, and other venues as Managing Director of the S.E.M. Ensemble (Brooklyn, NY), and has worked for the Seattle Symphony (Seattle, WA) and Issue Project Room (Brooklyn, NY).